This year we asked the chefs who appear on Pittsburgh Magazine’s Best Restaurants lists to answer seven questions; we received responses from 24 chefs. As was the case for our chefs’ polls in the previous two years, responses varied widely. 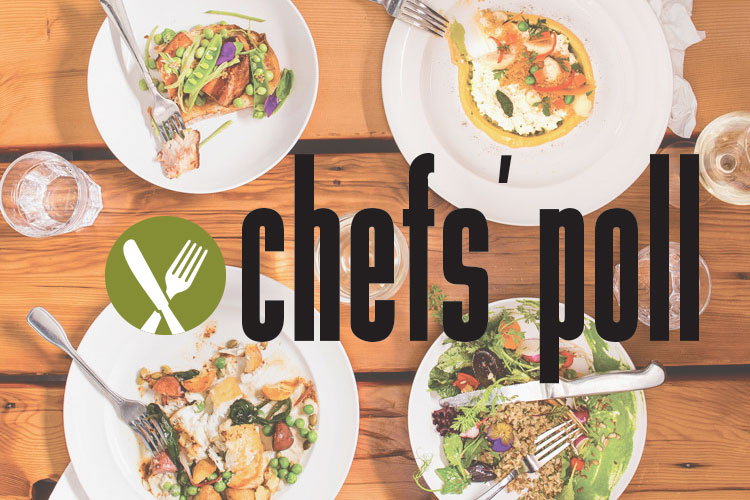 This year, we asked chefs to name their choice for Pittsburgh’s Rising Star chef. It’s fair to say that there’s a bright future for the city: Kate Lasky and Tomasz Skowronski of Apteka received the most votes, with three. Nate Hobart, Bethany Zozula, Dave Anoia and Danielle Felix each received two votes, while nine other chefs (plus “a big wave of chefs”) each received one vote. Chengdu Gourmet is the kitchen in which most of the chefs said they wanted to work in for a day; Cure, Chaya, Pizza Taglio, Apteka and Gaucho Parrilla Argentina each have fans in two chefs who would like to visit their kitchens.

With another year, we have another round of chefs calling for expanded offerings of international cuisine and vegetable-driven food. Our chefs also say they need more … chefs.

They love working with a variety of ingredients (aside from two who mentioned tomatoes, there was no overlap in their favorite ingredient of the year). they are done with “tweezer” food, over-complicated dishes and plates with large hunks of meat in the center.

Although one chef called for the end of the “local/sustainable” food movement, the vast majority of Pittsburgh chefs are enthusiastic in their support for the region’s farmers and ranchers. Who Cooks For You? Farm was the runaway star, with six votes; Churchview Farm received three votes, Root & Heart Farm, John Jameson and Tiny Seeds Farm each received two votes, and 14 purveyors each got one vote.

Who is your choice for rising star chef?

In what restaurant (not your own) would you most like to work in for a day?

What other city or region do you most want to visit for culinary inspiration?

What was your favorite ingredient to work with this year?

What would you like to see in Pittsburgh food next year?

Who is your favorite farmer or produce supplier?

What culinary trend should we do away with?