Find out what Watson thinks is the must-have dish at his restaurant. 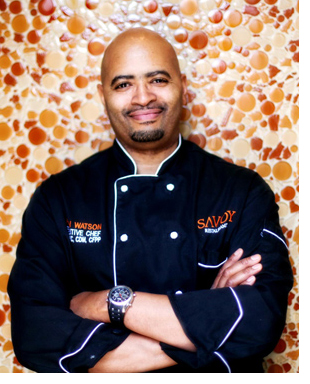 Describe your style of cooking.
American eclectic. It is important to preserve the essence of the food — or, as I like to say, “stay out of the way of the flavor.” I am careful not to manipulate fresh and premium ingredients but rather let the food stand on its own.

What is unique to your menu?
Fried chicken and waffles. It is made with red-velvet waffles and served with a chipotle-flavored corn pudding.

What is your favorite ingredient for experimenting?
I like to experiment with different herbs because they add so much — for example, my twist on strawberry ice cream, which includes balsamic vinegar and basil.

What is a must-have at Savoy?
The butternut squash and chocolate ravioli. The chocolate ravioli isn’t smothered in chocolate sauce. Instead, I add cocoa powder into the pasta dough. The dish is served with a basil cream sauce.

What was your most unique cooking experience?
Cooking for President George W. Bush was the highlight of my career. I made sure to create an elaborate, top-of-the-line [menu] of filet, fresh ham, tuna tartare, crab cakes and an exotic cheese-and-fruit display that encompassed a 6-foot table. 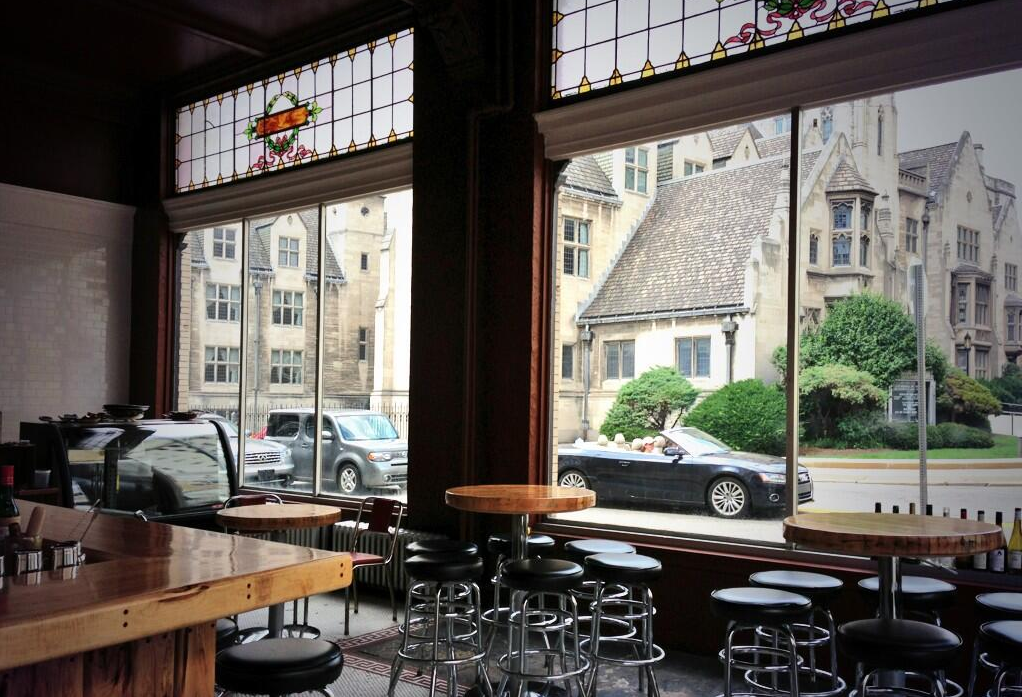 Bar Marco staff puts final touches on new East End spot
When the owners of Bar Marco perceived a need in East Liberty for a spot offering “super-invigorating” light fare, they decided to fill it. Their newest business, Livermore, will debut officially Aug. 16 in the space formerly occupied by the Waffle Shop. In the morning, the lineup at this quick-casual spot will focus on crostini, quiche and other breakfast-time dishes; accomplished chef Andrew Stump bakes homemade breads, while sous chef/co-owner Justin Steel prepares orders. Look for a cold-brew coffee tap, French-style cocktails at night and a 16-foot-long bar made of Brazilian wood reclaimed from an Ohio bowling alley. The owners say they hope to take the culture of East Liberty into the streets, with visions of sidewalk art, music and food vendors in the future.

We’d like to congratulate the Bar Marco crew for receiving a nomination from Bon Appetit for this year's 50 Best New Restaurants list.

Host chef Ricci Minella, owner of The ’Burgh Bites Cart, will pair dishes with local wine and bread baked in a wood-fired oven. Chefs Michael Mercurio of Mercurio’s Gelato and Pizza, Micah Maughan of Root 174 and Jon Tryc of Il Burloni will help prepare entrées. Vegetarians will be accommodated.

The dinner benefits Friends of Grandview Park and supports the organization’s efforts to improve the area. While 100 tickets were made available for this event, they’re selling out fast. If you go, don’t leave without a jar of chef Minella’s homemade pickles.

Dishcrawl plans a Shadyside food tour
In a city known for its lengthy stretch of bars, you’ll likely find a “crawl” scheduled any given month, particularly in South Side. Food-focused startup Dishcrawl would like you to sample Pittsburgh’s cuisine the same way — in a shorter timespan, without alcohol. The national organization now has a local ambassador whose mission is to show folks the many great things about area restaurants by planning “crawls” through various neighborhoods. The agenda for the evening events always includes four stops within walking distance.

The next two Dishcrawls are set to take place Aug. 27 and 28 in Shadyside. Participating eateries won’t be revealed in advance (with the exception of one, which will be announced Aug. 23), but registered guests will receive instructions two days before the event.

So far, Dishcrawl has visited parts of Lawrenceville and Shadyside. Want to suggest a future destination? Share your recommendation.

This article appears in the August 2013 issue of Eat Street.
Categories: PGHeats