Meet the chef behind Chaat, a new pop-up restaurant concept. 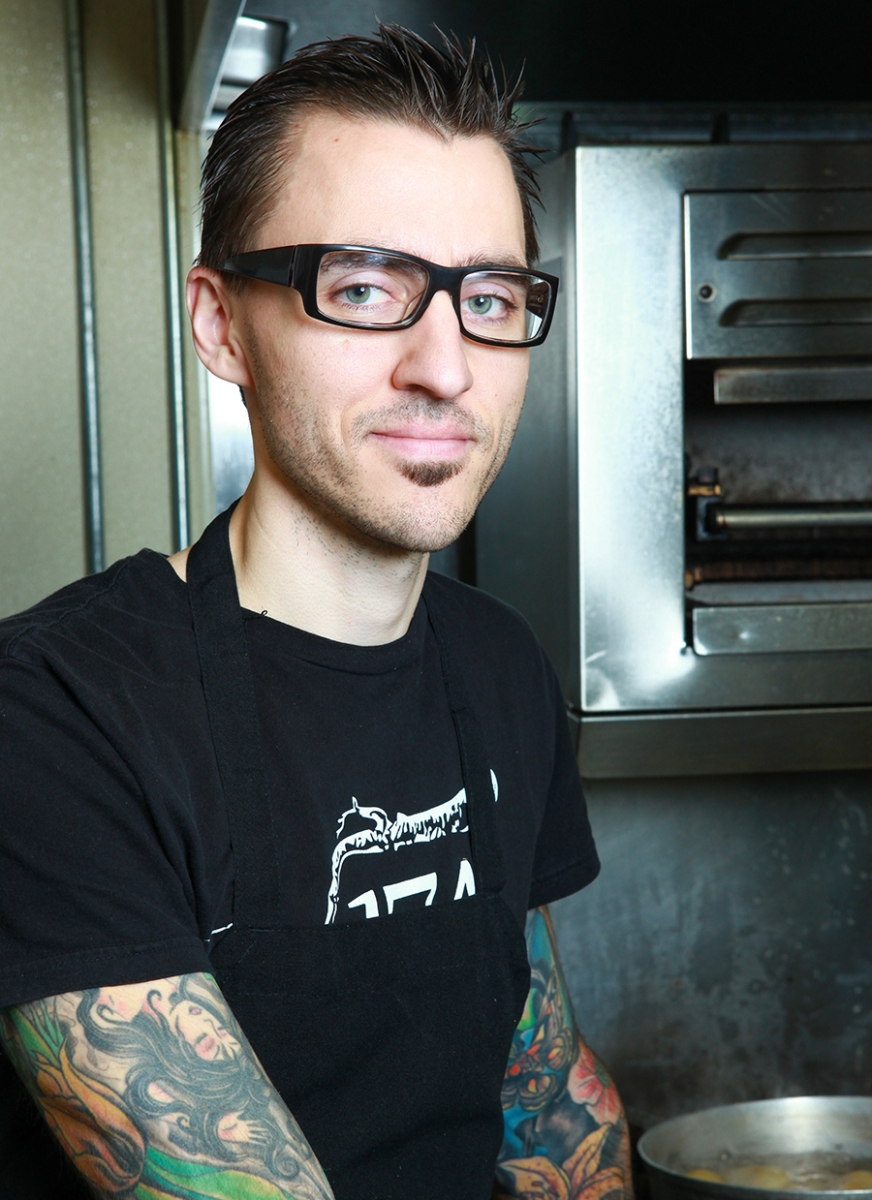 Maughan brings pop-up dinners to Pittsburgh
Chef Micah Maughan came to Pittsburgh two years ago after working under culinary stars in New York City, such as Jean-Georges Vongerichten. Maughan, who worked at Tamari and is now at Root 174, has evolved his pop-up restaurant concept, Chaat, since establishing it in the fall. He draws from various cuisines (Chaat is named for the Indian snack). Though Maughan intends to open a brick-and-mortar eatery, Chaat is part of collaborative tasting events hosted at area spots.

Describe your cookbook collection.
I’ve never been someone who buys and buys. Things have to pique my interest in a unique way. Early on, I was into classic French cooking and had been buying out-of-print books, but now I’m into Southeast Asia and India.

Guilty pleasure?
I will always love peanut butter — but not commercial. The truth is that I don’t eat it that often because I could eat a whole jar.

Primary source of culinary inspiration?
At this point in my career, having had the opportunity to work for big-name chefs, my biggest influence is collaboration; it fuels me.

Walnut Grill to open in Bridgeville
Within the last year, Eat Walnut went through a mini-makeover, adding UP Modern Italian and a Mt. Lebanon Walnut Grill location to its brand. Now, Walnut Grill is further expanding in the South Hills with plans for a Bridgeville site. Walnut Grill, with locations in the Mt. Lebanon, Fox Chapel and Wexford, is known for its American fare that displays creative twists. New items, such as salmon balsamico and heirloom caprese salad, have been added to the lineup at existing locations. Construction for the new restaurant will begin next month, so the place should be open sometime this fall.

Abay prepares to say goodbye
Abay Ethiopian Cuisine opened before East Liberty was a cool spot, back when that corridor was dubbed “East Side.” The eatery offered Pittsburghers a taste of a new cuisine that pushed them outside their comfort zone. That’s why it’s saddening that owner Jamie Wallace, who also operates another of our  favorites, Alma Pan-Latin Kitchen, will be closing the doors of Abay later this month. Be sure to stop in while you can. The tea and azifah (lentils with onions and other veggies) should draw you.

Niko's coffee makes refreshing beverage
You know when you're craving something that's cold and sweet but you just don't want ice cream for the ninth time this week? Head to Niko's Coffee. Expert baristas craft the ultimate thirst-quencher: the Berry Light Nikoccino, featuring espresso from a local roaster, sugar-free white chocolate and vanilla Torani syrups and strawberries. What a perfect way to include your fruit, especially when the berries are in season, while also getting your caffeine fix.

This article appears in the June 2013 issue of Eat Street.
Categories: PGHeats