We chat with the executive chef of Bloomfield's Fukuda about invaluable utensils and his favorite meal in Pittsburgh. 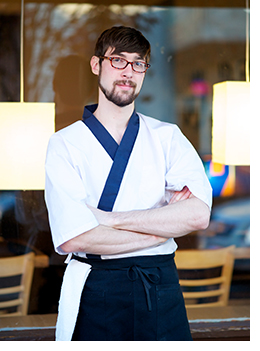 Sushi chef Matt Kemp talks cookbooks & utensils
Chef Matt Kemp, a former vegetarian, has always been drawn to sushi. At Fukuda, Kemp and his crew serve the ever-popular fare, along with other Japanese eats (like ramen and takoyaki).

Best meal ever?
I appreciate what Justin Severino is doing at Cure. And Kevin Sousa is doing an amazing job here, too.

How’s your cookbook collection?
It’s all over the place. If there’s any opportunity to get a gift, I’ve always received one that’s food-related. But I study why things taste a certain way and why ingredients work together; it helps a lot more.

Nigiri or maki?
Definitely nigiri. You get a nice balance between the fish and rice.

Invaluable utensil?
My Yanagiba knife; when it comes to slicing, everything needs to be done very precisely. Also, my hangiri mixing bowl — it’s where cooked rice becomes sushi rice.

For Pittsburgh Restaurant Week, which continues through Sunday, Kemp has put together a four-course menu.

Pgh Taco Truck Rolls On
Recently, local eateries have started catering to the late-night crowd; some offer special menus, while others have specific promos. Then there's James Rich, owner of Pgh Taco Truck, who plans on serving his fine fare for 24 hours.

Rich, who's officially debuting his truck this month, will set up in the Bar Marco lot today at 5 p.m. From there, there's no telling how long he'll be cooking (hungry locals may scoop multiple tacos, especially since there are yummy vegan options). And everyone can feel good about feasting: Fifty cents from each taco sold will go toward Food Revolution Pittsburgh's student chefs initiative.

Starting next week, you'll also be able to find the truck at Coffee Buddha in Wexford. Check out the truck's Twitter feed for up-to-date details. 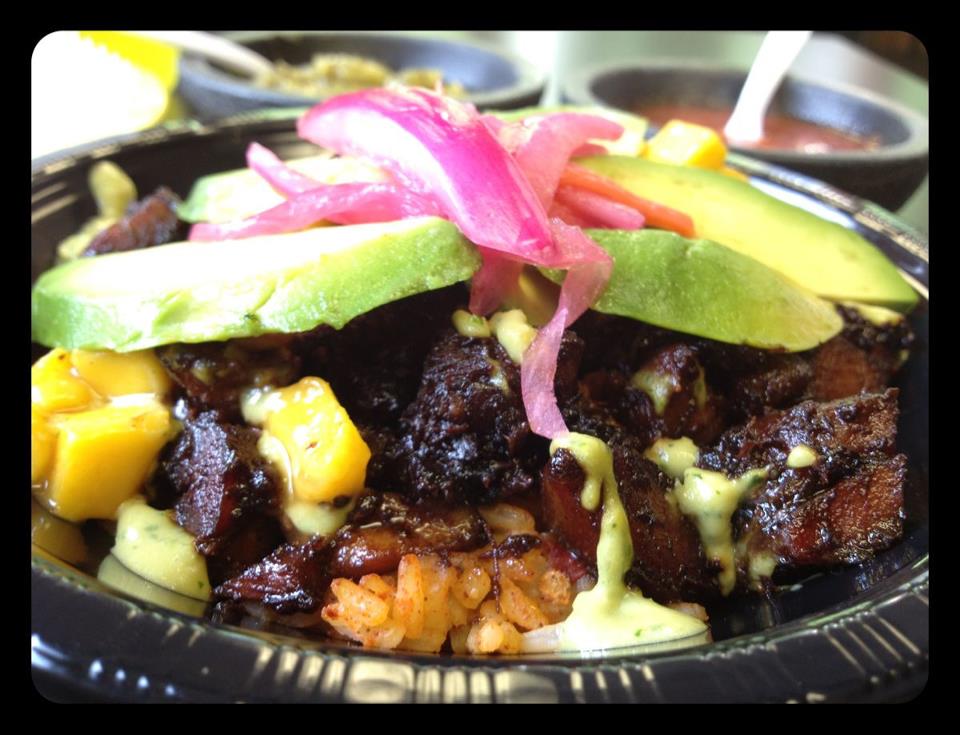 Seviche Crafts Pomegranate Cocktail
Start off 2013 the right way: Head to Seviche, a go-to for Latin-inspired eats, to sip something sweet.

While pomegranates are in season for a limited time (typically until the end of this month), Seviche offers a Cuban Pomegranate year-round. For this drink, mixologists use a trio of pom-flavored ingredients — vodka, liqueur and juice — and a splash of sours … and continually blow minds.

This article appears in the January 2013 issue of Eat Street.
Categories: PGHeats