Chef Sousa Does It Again

2011 Chef of the Year Kevin Sousa wows us again with Union Pig & Chicken. 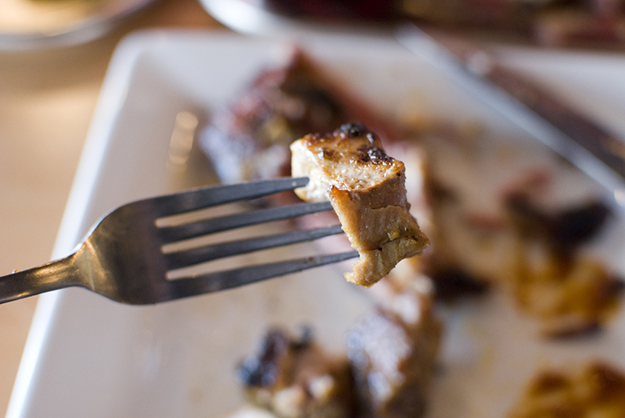 UNION PIG & CHICKEN DISHES OUT COMFORT-FOOD FAVORITES
Making his mark on the city, celebrated chef Kevin Sousa’s three East End eateries are must-visit places. No wonder Union Pig & Chicken’s always hopping. Serving the finest pork and chicken (beef, too), along with traditional picnic-style sides (like mac’n cheese), Sousa’s crew packs ’em in at communal-style picnic tables as upbeat tunes play in the background. Strengths include the ribs, pork shoulder and half chicken — even the cornbread is a cut above the norm.

Fun fact: It was recently announced that Sousa plans to open Harvard & Highland, a cocktail joint, in the space above Union. See their Twitter feed for updates.

Want to see where else we've been dining? Check out our list of hot spots online.

SOUTH SIDE LOUNGE OFFICIALLY OPENS
In an area packed to the brim with bars, clubs and everything in between, it might not seem like South Side needs another night lounge. But Truth, which legitimately opens its doors today, should prove to be a welcome addition.

Housed in the spot formerly occupied by Cafe Allegro, Truth is a place to unwind after a long day — or just somewhere to kick back when catching up with friends.

Tonight, the lounge will be offering plenty of drink specials (mostly on the martinis), as well as fare (it's not your typical pub grub, either — we're talkin' risotto, salads and dishes of that nature).

TINY MAPLE CANDIES FEATURE AWARD-WINNING SYRUP
Now that the weather's changing, it's clear that our summer really is coming to an end (the official reminder will be next week, on the first day of fall). So, we've all turned to seasonal favorites — pumpkin beer, special coffee varieties and other go-to options.

Another treat that's best enjoyed this time of year is the sugar cake made by Paul Bunyan Maple Syrup. Tiny and sweet, the maple leaf-shaped treats satisfy cravings by offering the perfect amount of maple flavor. The best part? Only real-deal, award-winning maple syrup from the Rockwood, Pa.-based camp is used in the products. Sweet!

This article appears in the September 2012 issue of Eat Street.
Categories: PGHeats