Mr. Shu, executive chef of Umi, is honored for his consistent perfection. 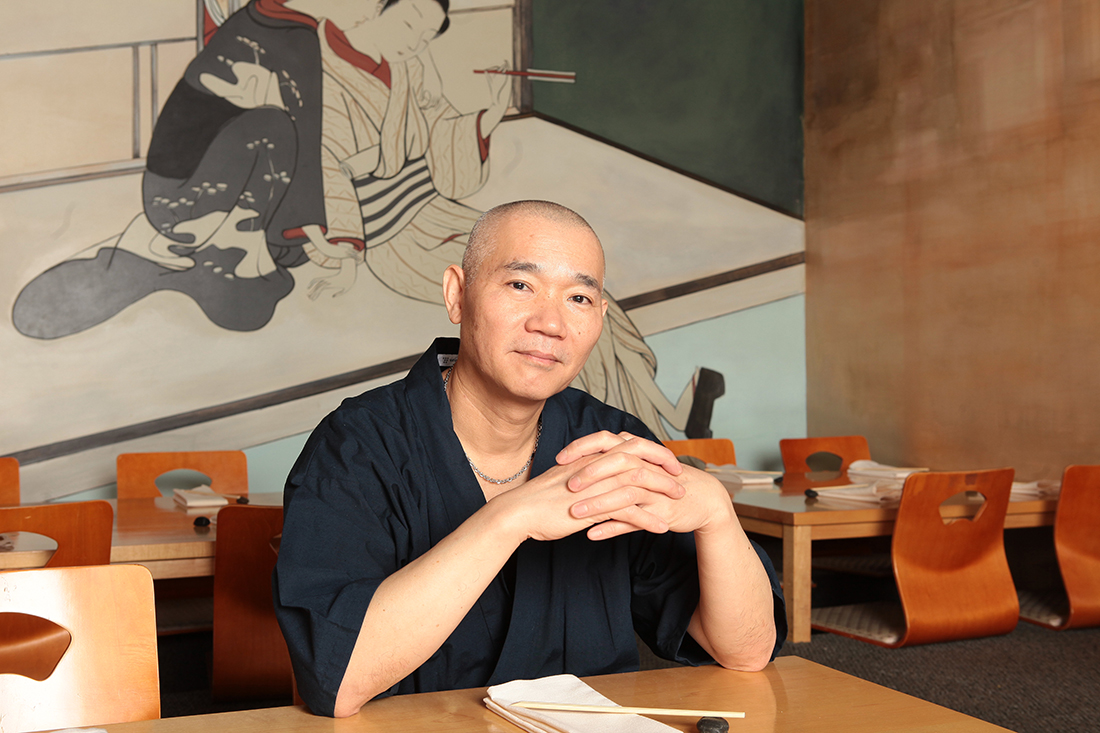 In a year filled with new local dining trends and restaurants, it’s particularly significant that Mr. Shu of Umi takes our Chef of the Year honor, which he also received in 2003. This is because Mr. Shu quietly accomplishes what few can do: make consistently perfect food each year. He adds a personal touch to each dish, whether creating something on his own or supervising a member of his crew. His presence is so important that Umi, one of six big Burrito restaurants, closes when Mr. Shu travels.

After cooking in New York City kitchens for a decade, Mr. Shu originally came to the Steel City in the late 1990s to help a restaurateur friend add Japanese fare to his menu. There Mr. Shu, a native of Taiwan, became the sushi chef and met sushi fan Tom Baron, one of big Burrito’s founders; Baron eventually convinced Mr. Shu to join him in starting Umi. The rest, as they say, is history.

Mr. Shu describes his food as traditional with a modern interpretation. “I get my inspiration from many places,” he says. “If I like something, I want to share it with other people. My customers are my friends, and I appreciate them. They are good people who push me to do my best.”

The focal point of Umi’s menu is raw fish. “We [serve] the highest quality fish we can get and are on the phone every day working with our suppliers,” Mr. Shu says. “Our fish comes from around the world; we get [it] from the same place Nobu [in New York] gets theirs.”

Umi has been on our Best Restaurants list every year since it first opened in 2000, and many still consider it one of Pittsburgh’s overall top eateries. We salute Mr. Shu for being such a vital part of our dining scene.

This article appears in the June 2013 issue of Pittsburgh Magazine.
Categories: Best Restaurants, From the Magazine, Hot Reads