Owner Valerie McKeehan plans to refocus on the online store, and expand the offerings.

Shadyside print shop Lily & Val may have closed its doors on Ellsworth Avenue earlier this month after a little more than a year in business — but you can still find them online.

Owner Valerie McKeehan cites her small team of just four people and growth of other parts of the business as reasons for closing the storefront. Her plan is to refocus efforts on Lily & Val’s foundation, including the online store founded in 2012, wholesale and licensing programs.

The business specializes in illustrated chalk-art designs and lettering and products that include everything from cards and wall art to candles and mugs. In addition, the company offers starter kits to help customers learn how to do chalk lettering. McKeehan also wrote a book, “The Complete Book of Chalk Lettering,” which was published in 2015. 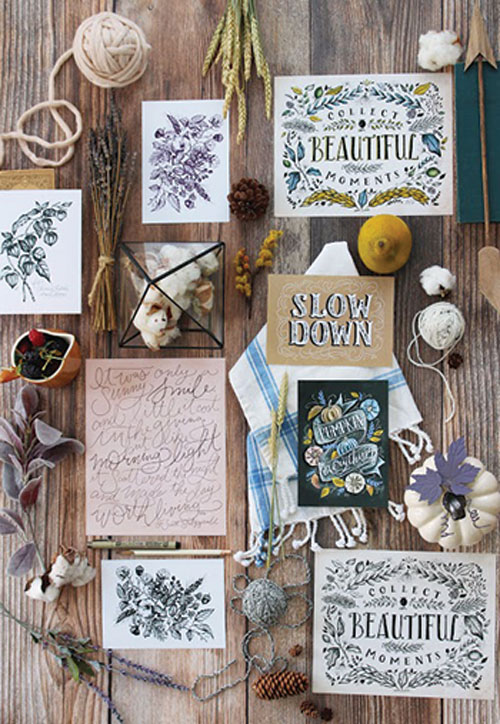 McKeehan expressed both sadness and hope for her business’s future in a blog post on the Lily & Val website. In the post, she writes, “[The store] was a physical manifestation of everything I wanted the Lily & Val brand to represent. I say this news is bittersweet because getting to this place of realization has given me more clarity than ever for the future of Lily & Val.”

Lily & Val has collaborated with big names such as HGTV, Anthropologie, Starbucks and Martha Stewart. In addition, the company received awards for Best New Product in the Craft It Up/DIY category and Best New Product overall at the National Stationery Show in 2017.

The store plans on expanding their product line in the future, as well as selling “Surprise Boxes” that consist of Lily & Val products, plus handmade items and hand-selected products from other brands.

“This is our small way to stay connected to the store” McKeehan wrote. Also, the brand will soon be available in a larger number of stores, both locally and nationally, McKeehan says.

The soul of the business will remain in Pittsburgh. Manufacturing will still be centered here, and local businesses will begin selling more of their products, McKeehan says. She added the core values of the company would remain unchanged.

“The mission of Lily & Val centers around the idea of savoring and celebrating ordinary, simple pleasures and I desire to bring that joy, warmth, and encouragement to our customers in everything we do,” she wrote. “My goal is to spread our mission and passion to as many people who resonate with what we’re doing.”