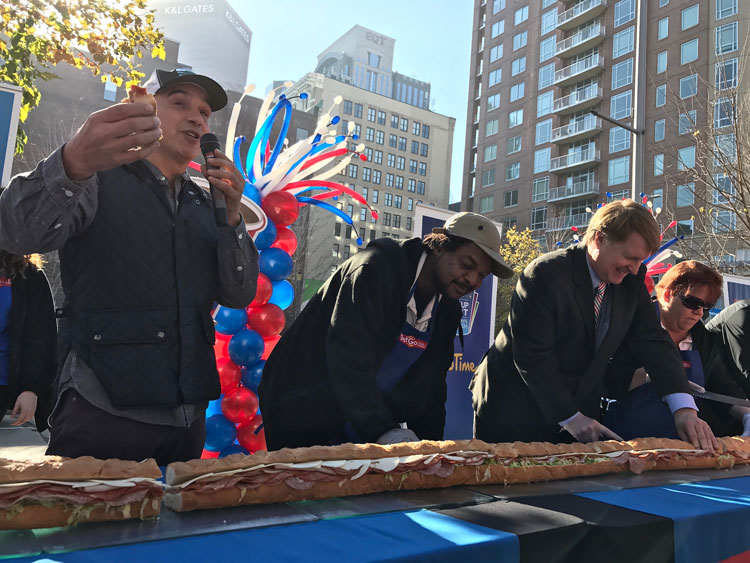 “It’s a fun way to kick-off the holiday season. Much better than cutting a ribbon,” Symon said.
​
Symon, best known as a host of ABC’s The Chew and on Food Network’s Iron Chef, is the owner of several notable Cleveland restaurants (Lola Bistro, Lolita, Mabel’s BBQ and more). He is a partner at Bar Symon, located in the airmall at Pittsburgh International Airport, and has roots in the Pittsburgh region.

“Cleveland and Pittsburgh are such similar cities. Both have had a huge culinary renaissance in the last 10 years. There are a bunch of young chefs here that I have a lot of respect for," he said. 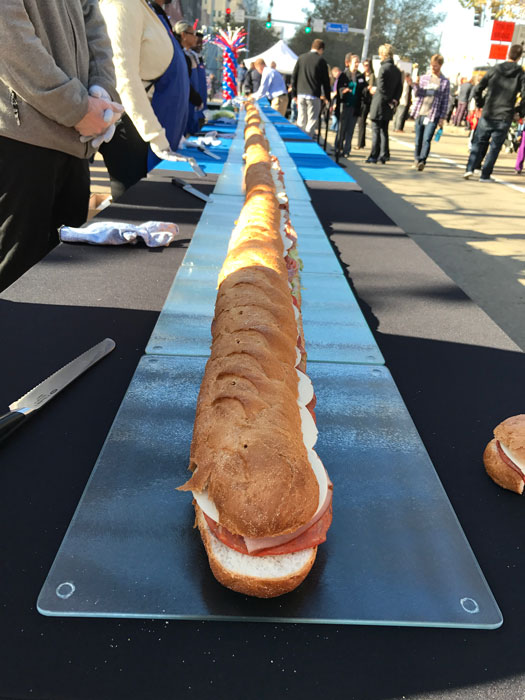 Symon's visit to Pittsburgh wasn't to explore our booming dining scene (though he did say he dined Thursday night at Pork & Beans), however. He was here to help GetGo launch its new GetGo Cafe + Market concept, which made its western Pennsylvania debut Friday at a new GetGo in Verona.

“We launched GetGo back in 2003. It started as a redemption site for our Fuel Perks program. As we opened more locations, we realized that there was a trend afoot that consumers — thanks to people like Michael Symon — wanted to have better food. So we thought about what we could do to take it out if the convenience store world and make it a fresh, fast solution for people on the go,” said Dan Donovan, manager of corporate communications for Giant Eagle. 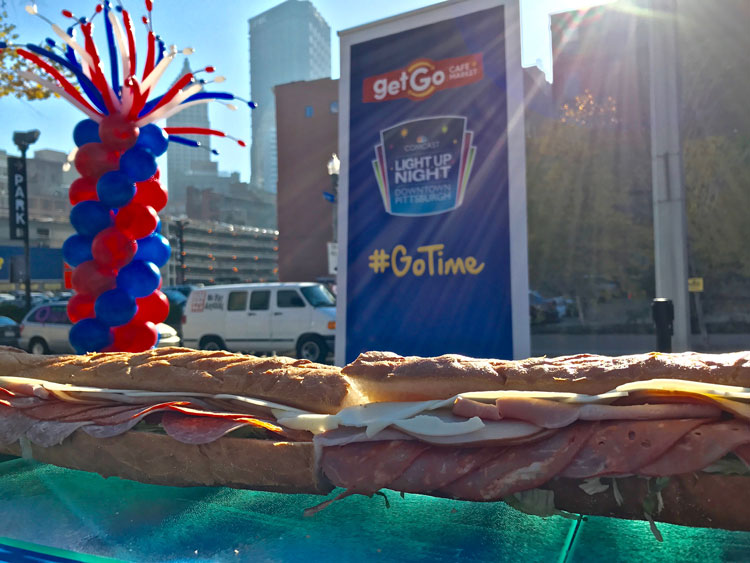 The Verona market is the first of the region’s 90-plus GetGo stores to feature fresh-baked bread, higher-quality meats and a deeper attention to detail its food. Donovan says that this location will serve as a pilot project for the Cafe + Market brand, which also has locations in Ohio and Indiana.

“Everybody is in a hurry. Now, you can be in a rush and get a sandwich on fresh-baked bread with good lunch meats. That’s important,” Symon said.