Catching Up With Rivendale Farms Susanna Meyer and Neil Stauffer 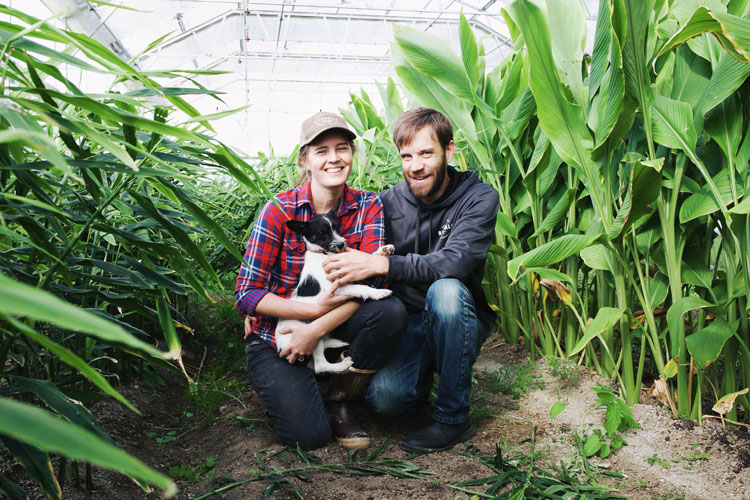 The 170-acre Rivendale Farms is nestled in the hills of Washington County and is owned by billionaire buisnessman and investor Thomas Tull. It’s a picture-perfect venue, where chickens range free under the watchful eye of two statuesque farm dogs until they return to their mobile coops. Atop a hill, a herd of cattle enjoy a science-based diet and wander over to a robotic milker whenever they want to be milked. That milk makes its way into, among other things, milkshakes at the rapidly expanding Milkshake Factory chain and post-workout drinks for the Pittsburgh Pirates and Pittsburgh Steelers.

Two years ago, Susanna Meyer and Neil Stauffer, foundational figures in Pittsburgh’s sustainable agriculture movement, left their positions in urban agriculture to helm the farm; Meyer was Grow Pittsburgh’s Director of Agricultural Production, and Stauffer had grown Penn’s Corner into the primary farm-to-table option for local restaurants and built out its direct-to-consumer availability. “When you start talking to Jack Algiere, it kind of makes you want to do what Jack Algiere is doing,” Stauffer says.

Algiere is the farm director of Stone Barns Center for Food and Agriculture, the thought-leading farm in Pocantico, N.Y. He serves as a consultant to Rivendale, making monthly trips to the farm during the growing season.

Meyer, the crop production manager, works on 8 acres, where she grows a diversity of crops with a methodology that marries time-honored sustainable farming practices with ultra-modern technological innovation. Although production ramped up faster than is the case at most new farms, Meyer says it will take several seasons to figure out which microclimates are best for a specific crop as well as to establish an efficient crop-rotation system. “A lot of farming that we do is based in natural systems, and those take time to build, grow and establish,” she says. 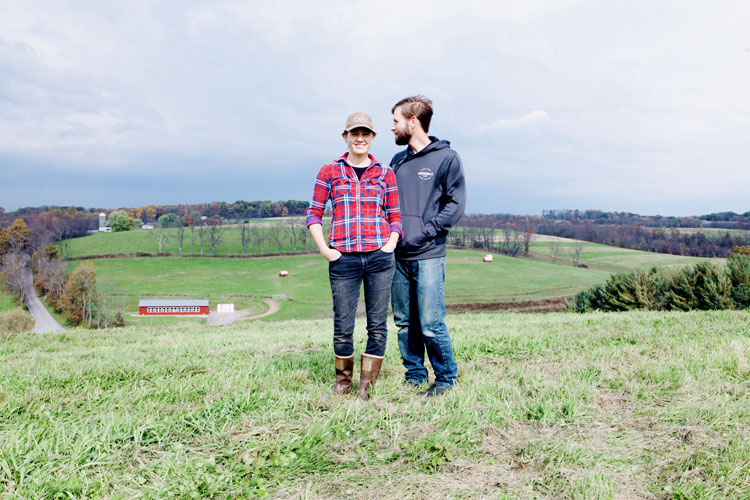 On the modern end, the farm’s 11,000-square-foot greenhouse is nearly fully automated, with windows regulating temperature and airflow open as if operated by ghosts. On a chilly autumn day, rows of subtropical turmeric and ginger breezed in the wind next to sturdy rosemary and tender salad greens.

Meyer also is working with Stone Barns to test flavor-packed crops such as Red Ember, a variety of cayenne pepper that next year will be offered in Johnny’s Selected Seeds catalog. “That was very gratifying as a farmer to be a part of that,” says Meyer. “It’s like discovering a band before they get big,” Stauffer adds.

Meyer and Stauffer are tapping into their long-term relationships with Pittsburgh chefs. For example, Meyer oversaw The Frick Pittsburgh’s greenhouse for Grow Pittsburgh when Curtis Gamble was the chef at the establishment’s cafe; they now sell Rivendale produce to his Bloomfield restaurant, Station, and to other notable farm-to-table restaurants around town. Mediterra Bakehouse also is a significant partner of the farm; it’s the first business to use wheat grown at Rivendale, and it uses vegetables in its Sewickley cafe.

“What appeals to me most, however, about coming on board is the opportunity for market expansion,” Stauffer, the farm’s distribution manager, says.

For example, The Verland Foundation, which operates residential facilities for people with special needs, is a new customer of the farm. And the Pittsburgh Steelers (Tull is a minority owner of the team) eat Rivendale Farms produce to fuel up prior to home games. “There’s an interesting connection between sports and farming,” says Stauffer.

Next up is a partnership with Carnegie Mellon University robotics graduate students who are developing robots optimized for small-scale, diversified vegetable production. This year, they worked through three seasons of a kale crop and will experiment this winter in the greenhouse. The robots will be able to gather data on soil hydration and nutrition, weed pressure and pest damage. “The potential for this on a smaller farm is exciting. Labor costs, especially for urban farmers, are high,” says Meyer.