The program features teams for men and women, which will begin to compete in spring 2018. 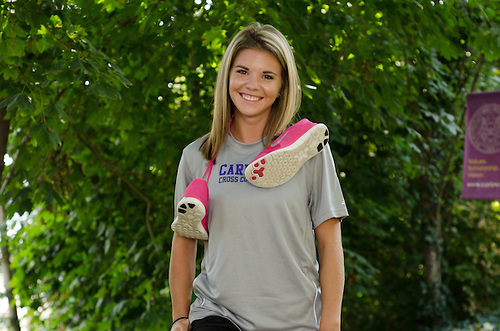 A track and field program is being added at Carlow University in 2017-18. The program features teams for men and women, which will be coached by the current men’s and women’s cross country coach, Greg Schmitt.

“What I’m looking forward to the most is the competitiveness. I’ve always been a competitor and I feel this is another step, not just for me, not just for the student-athletes but also the school,” Schmitt says. “How well can we build a program in the first year? How competitive can we be?”

Of the eight sports available at Carlow University, six have been added within the past three years.

Recruiting for the track and field athletes is underway, and Coach Schmitt is looking for 15 men and 15 women for the inaugural teams, including sprinters, distance runners, jumpers and throwers. They will begin competition in spring 2018.

“We are truly excited about adding track and field.” says George Sliman, director of athletics at Carlow University, in a press release. “Because of the variety of events involved, the sport is extremely popular and will be well received by current and prospective students.”

Discussions with local schools about partnerships for facilities to host practices and meets are ongoing.

This article appears in the December 2016 issue of Great Minds.
Categories: Great Minds