Think of Carnegie Mellon University and robotics, and it brings to mind some pretty serious stuff: military reconnaissance, computer-assisted surgery, landmine detection and marking, pink penguins and bright-yellow flatulent gorillas. Yes, some products that are born from CMU’s Robotics Institute are more consumer-friendly than others, and the remarkable toys from Bossa Nova Robotics are exciting, often hilarious examples.

Bossa Nova now has two toys on the market: Prime-8 Gorilla and a pink penguin named Penbo. The two have been adopted by different audiences, with boys immediately gravitating to Prime-8 and girls cuddling up to Penbo-though the toys are equally popular with all children. In both cases, there is sophisticated technology at play within the toys, a testimony to Bossa Nova’s slogan of "Serious Science. Serious Fun." 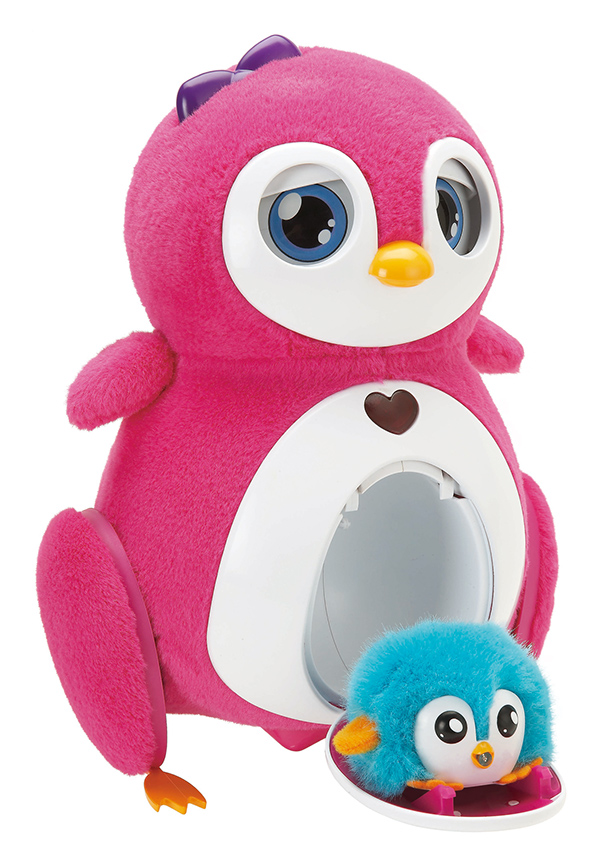 Bossa Nova was founded in February 2005 by a few friends: Sarjoun Skaff, who graduated from CMU; David Palmer, who is from Pittsburgh and graduated from UCLA; and one other friend who has since left the company and moved on. Martin Hitch joined the Bossa Nova team last year and is currently the CEO.

"[Sarjoun and I] met in Oakland one night and discovered a mutual love of robotics and bossa-nova music," says David Palmer, chief operating officer, explaining the genesis of the name. "We discovered we were interested in creating a start-up, and decided we wanted to develop toy robots. We felt we could create robots that were transformational in their design and the way kids would play with them. Others on the market were awkward and slow-moving. We knew we could create robots that were agile and could move over multiple surfaces."

Prime-8, the bright-yellow gorilla, is not only agile but also fast, furious and funny. He moves swiftly on his rotating arms, spinning and adjusting to the environment. And he has different emotions, from happy (which he displays through, well, noises of "gorilla gas" followed by innocent whistling, as if nothing happened) to angry, charging and roaring.

When a kid sets this gorilla in guard mode and places him in a hallway, he can fire super-safe, rubber-tipped missiles at an unsuspecting little sister—or any other intruder for that matter.

The Penbo pink-fur penguins chirp and chatter—something they can do with each other when there’s more than one Penbo around, and they play games with the user (including hide-and-seek). What’s more, each hatches a baby named Bebe, which she keeps in her belly pouch.

Palmer points out that "bossa nova" means "new thing" in Portugese, and says Pittsburgh is an ideal place to develop and launch "new things" in technology. "We’ll always appreciate and never forget the tremendous support we’ve received in Pittsburgh as a start-up from organizations like Innovation Works, the Pittsburgh Technology Council, the Technology Collaborative and URA," Palmer says. "In the past five years, I’ve seen so much growth in the Pittsburgh tech and entrepreneurial community—lots of young talent."

For Bossa Nova, which is located on Oakland’s South Craig Street, its next "new things" are still under wraps, but Palmer promises some serious fun in store.

To learn more about Bossa Nova Robotics, and to see videos of Prime-8 and Penbo in action, visit bnrobotics.com. Become a fan of the company on Facebook by visiting facebook.com/bnrobotics. And to purchase toys, visit amazon.com or robotshop.com—the only retailers selling these products at this time.

This article appears in the September 2010 issue of Pittsburgh Magazine.