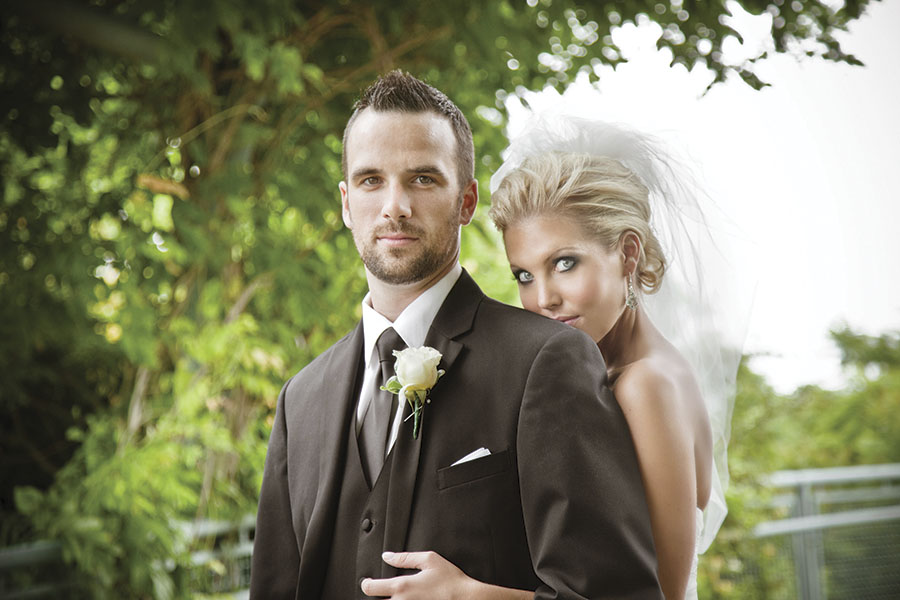 Brittany Crawford and Brad Slepecki met in the ninth grade at Our Lady of the Sacred Heart in Coraopolis. They were often thrown together after their best friends started dating, but they didn’t expect that they, too, would end up together.

“I never thought of him like that — ever,” says Brittany. 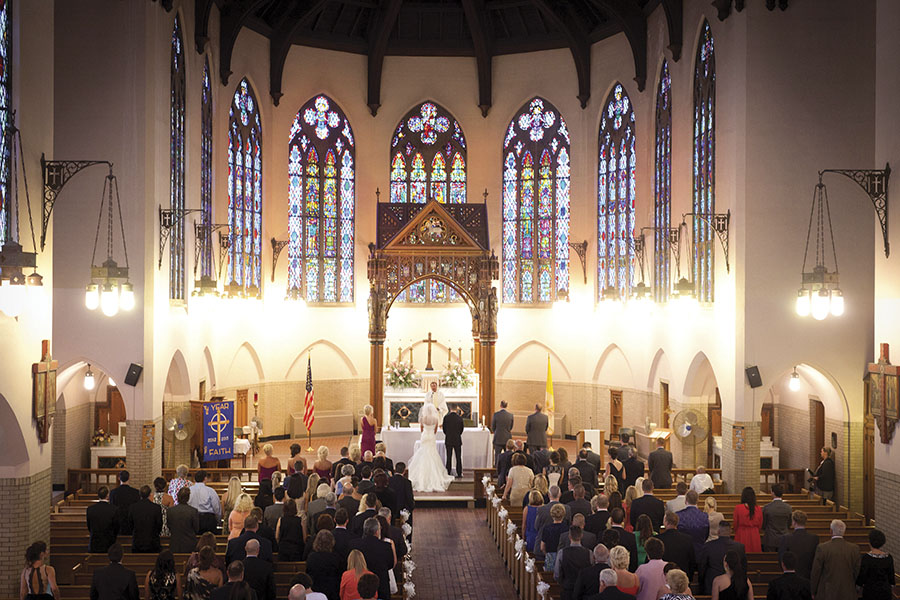 Seven years later, the four friends ran into each other at a bar on the South Side, and Brittany and Brad ended up talking all night. They made plans to meet at the Kenny Chesney concert a week later, and after another enjoyable evening, Brad asked Brittany on a date.

“We had so much fun,” remembers Brittany. “We spent [almost] every day together” after that. 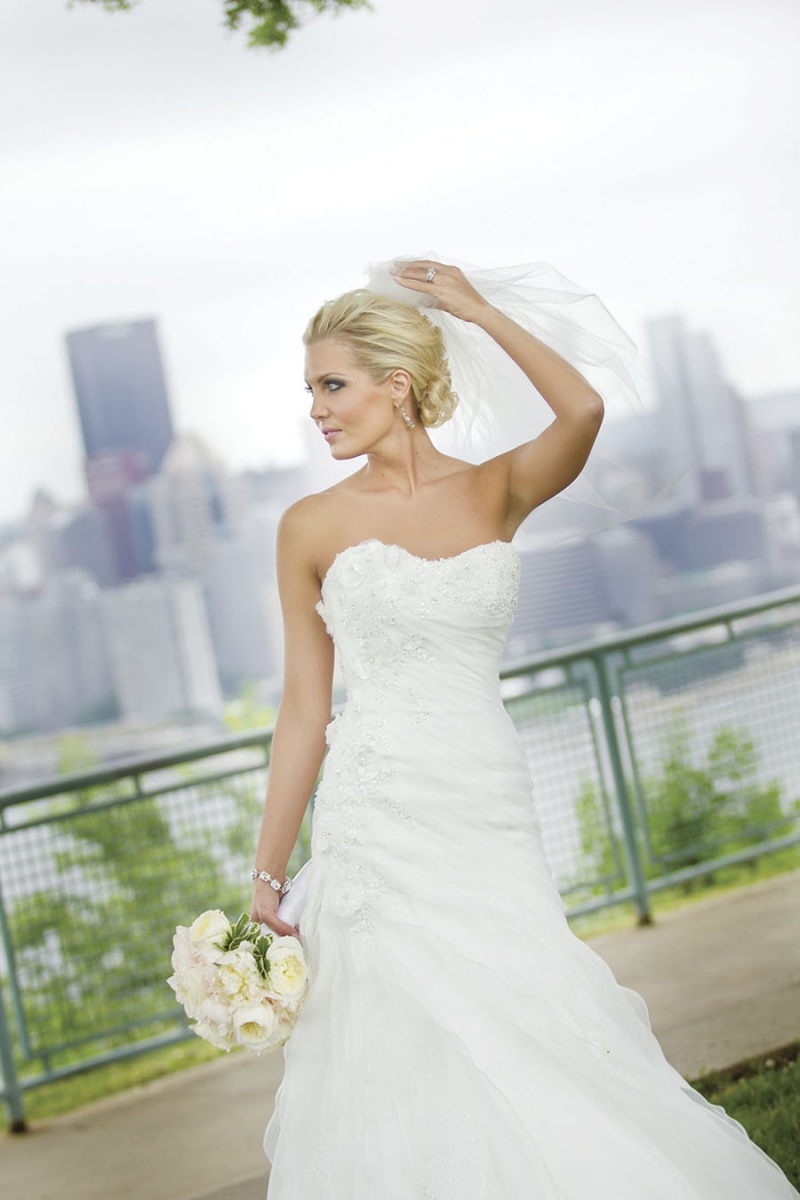 They dated for about four years before Brittany joined Brad’s family for a vacation in Aruba. After they arrived, they were walking to a locals bar when Brad said he had to ask her a question. Brittany turned around, and he was down on one knee.

“I didn’t think one time that I would be getting engaged on our yearly vacation,” says Brittany. “It was the best surprise of my whole life.”

Brad hadn’t given her any indication he was about to propose that day. Nor had her father, grandfather or brother, all of whom Brad had asked for permission.

“He even kept it from my mom and sister,” says Brittany. 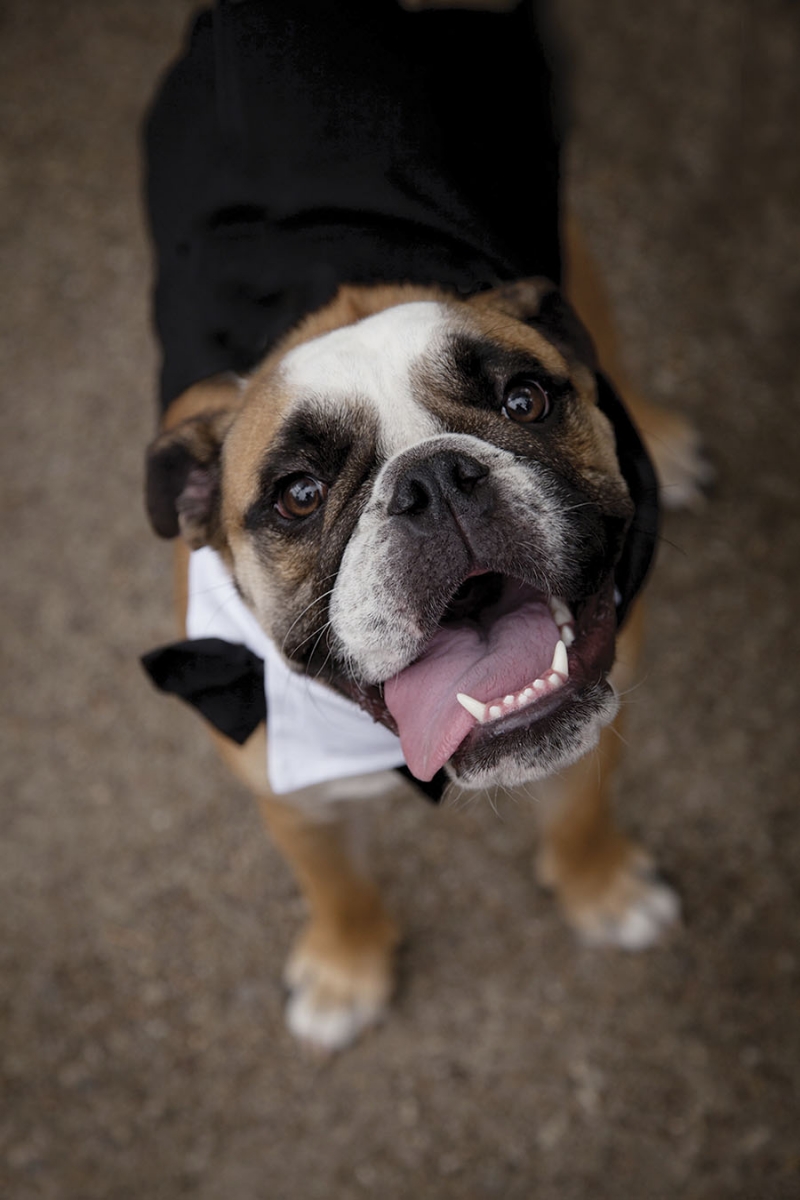 The Moon Township pair was married on June 7, 2013 — a date that represents the anniversary of their first date on June 13, 2007, but with the day and year flipped.

The ceremony took place at Holy Innocents Church in Sheraden, where Brittany attended grade school and Brad’s parents and grandparents also were married.

“Everything was so perfect,” says Brittany. “It was absolutely beautiful.”

Brittany’s grandfather celebrated his 90th birthday that month, so the couple presented him with a cupcake and candle as everyone sang “Happy Birthday” at the reception.

“That meant the world to him,” says Brittany.

The couple’s first dance as husband and wife was to Kenny Chesney’s “Me and You.” Their pup, Mack, stopped for pictures, dressed in a doggie tuxedo. Two days later, the couple left for a honeymoon in Turks and Caicos. 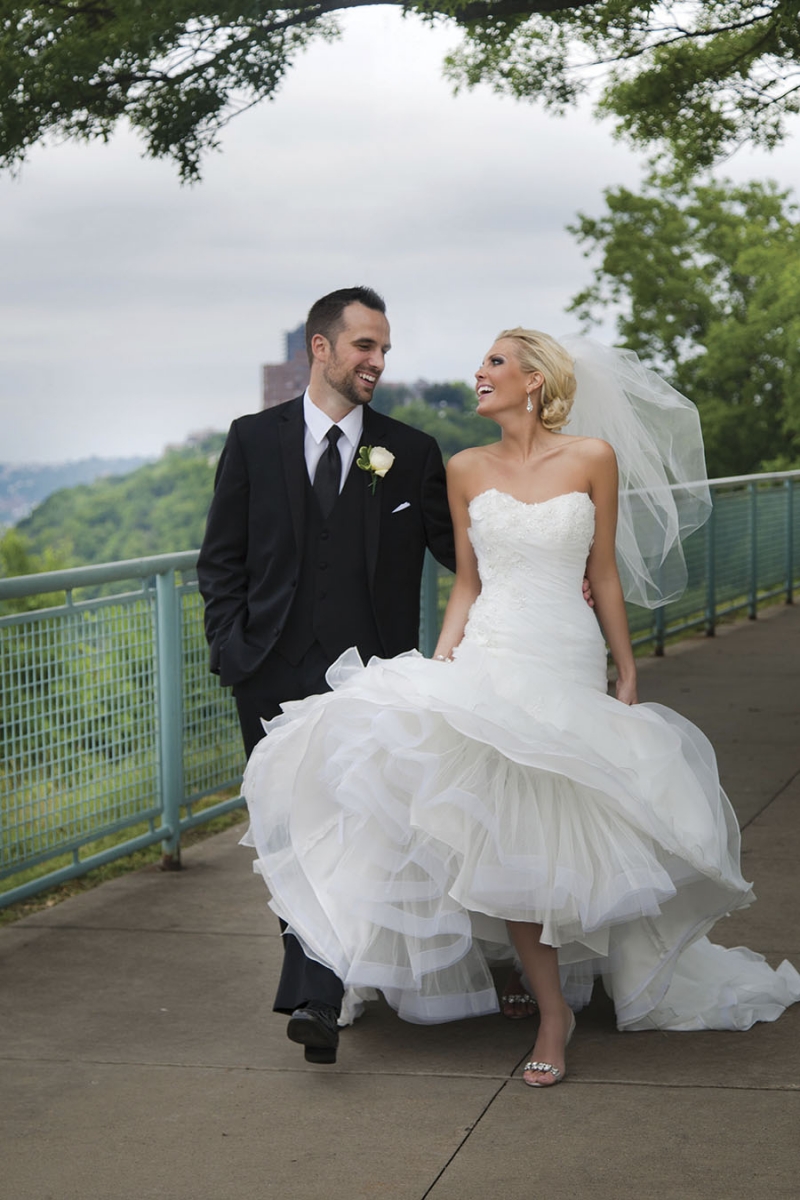