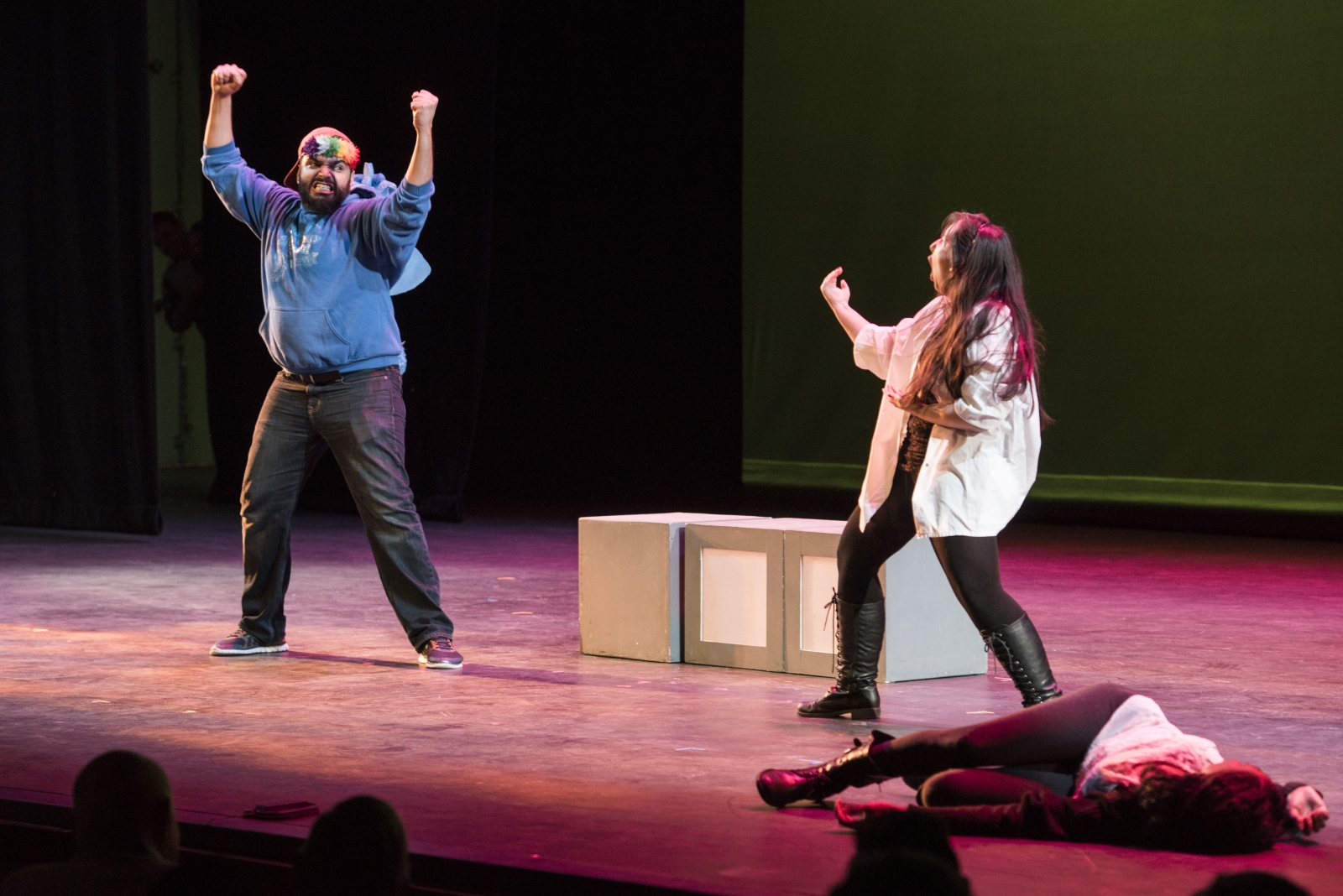 If you’re a procrastinator like me, you’ll finish this sentence later.

Those of us who thrive under deadlines know that a lack of time can be a boon to creativity; sometimes the mind is inspired to deliver results when it has no option but to do so. And so we leave projects until the last minute, relying on some combination of grit and providence to get things done.

Collaborative art forms, generally speaking, don’t work on such schedules; rehearsals are set, schedules are made, someone is generally making sure that things get done gradually.

When such structures are ignored, however — when deliberate limits are put on the length of time involved in creation — things get interesting.

For evidence, look no further than Bricolage Production Company's annual fundraiser, BUS, the 2017 edition of which is scheduled for this weekend. Throughout 24 frenzied hours, the boundary-pushing theater group assembles a roster of talented directors, writers and performers, divides them into groups and challenges them to produce an original work with the clock ticking.

The journey begins on Friday evening, when the flock of playwrights boards a group of PAT buses. Inspiration for the play-to-be is to come from something encountered on the journey, whatever that might entail.

As for subject matter, the playwrights are often given a prompt — but one that is deliberately broad, according to Bricolage Artistic Director Jeffrey Carpenter. “We often have a word or phrase or question of inspiration we give to the playwrights before they head out,” he says, citing past examples such as “transformation,” “I have a dream” and “Who gets left behind when change comes to town?”

It takes little more than that to keep the experience new each year, he says. “There is nothing fresher than six brand-spankin’ new plays unveiled for the first time in front of 400 people.”

For the performers, it makes for an odd experience, simultaneously stressful and freeing. Parag S. Gohel is a veteran BUS actor returning for this year’s edition; he says that confidence is key to the truncated process. “One of the biggest challenges I’ve found with BUS — which also makes it so incredibly exciting for participants and audience members alike — is that there is really no room to hesitate or second-guess yourself,” he says. “Once you make a decision, you sort of have to go with your gut and commit with full force since the luxury of a traditional rehearsal period is taken away.”

Those who’d like to see the finished product can do so by buying either a “Mini BUS” or “Party BUS” ticket, which will grant access to the show alone or the show and pre-show party, respectively. The full BUS experience, however, begins Friday with what Bricolage has dubbed the “Live Actor Exhibition.”

With accompanying tapas and drinks, the crop of performers on tap for BUS will introduce themselves to playwrights, directors and those audience members who opt to spring for the “Double Decker BUS” ticket, granting admission to all the festivities on both nights. It’s a de facto audition; however, the plays are yet to be written. In lieu of a bit of script, the performers talk about themselves — revealing interesting, unusual and occasionally moving bits of their lives.

It’s a memorable night of theater all on its own. Christine Starkey, who is appearing in BUS for the first time this year, relishes the opportunity to dig deep during the Exhibition. “I’m a very honest person,” Starkey says. “My life is an open book and a lot of my friends know most of my story. My challenge [will] be to allow myself to open up and reveal a chapter in my story that not very many people have covered.

“I want BUS to be a memorable experience for myself, as well as any of the audience members that my story touches.”

BUS starts this Friday night at Bricolage, with Saturday’s events moving to the August Wilson Center; click here for tickets and info.