Brew Your Own Beer in Greenfield

Plus, go-to destinations for post-Patty's grub and a French champagne dinner at the Omni William Penn. 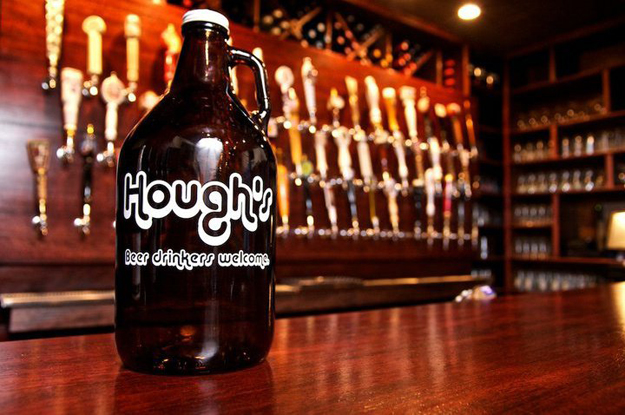 Hough's allows you to brew your own beer
An impressive beer list, among other things, helped Hough’s put Greenfield on the map as a place where younger locals could shoot the breeze with pals any given night of the week. This winter, however, Hough's finally opened Copper Kettle Brewing Co., the city’s first brew-on-premises brewery, upping the neighborhood's draw. For Copper Kettle, sibling owners Matt and Greg Hough developed a two-week process, wherein patrons of all stripes come in for a series of appointments, customizing their brews (similar to Build-a-Bear, says Greg) and eventually returning to pick up their hoppy creations.

Go-to destinations for post-Patty's grub
Like many Pittsburghers, you're probably getting up early tomorrow to cook green eggs and ham, put on your festive attire (blinking headband included), and pack the Honda before you venture to ever-crowded downtown Pittsburgh for the St. Patrick's Day Parade. After an eventful morning, you're certainly going to be hungry. And since you'll likely spend a few bucks on anything from green beer to T-shirts, you don't need to spend a lot on food. That's why Eat Street's offering you this handy list of nearby restaurants that can help you refuel at a low cost.

If you're in the mood for a snack, stop in Tavern 245 (after all, you'll be steps away) and order some of the small plates, like the Penguin Wingers or Pittsburgh Potatoes. If you play your cards right, you might even be able to take advantage of early-bird deals, including $2 beers.
(245 Fourth Ave., downtown; 412/281-4345, tavern245.com)

If all else fails, you'll be close enough to Market Square that a stroll to Primanti's is doable. You can even go Irish with the delicious corned beef and cheese sandwich.
(2 S. Market Square, downtown; 412/261-1599, primantibros.com)

Dreadnought teams with Omni for special dinner
While there are countless event dinners scheduled throughout the region, the nicest are usually more intimate. You can sample everything yet engage in great conversation. The team at Dreadnought Wines feels the same way.

On March 24, Dreadnought will once again pair with the Omni William Penn Hotel to host a French champagne wine dinner in The Terrace Room. As with previous events, chef Jacky Francois will prepare fresh, detailed dishes that will be paired with libations — this time, sparkling. Because Eat Street isn't the best at keeping secrets, we're letting you know that veal cheek, pheasant and diver scallops will be part of Francois' menu for the evening. If you're intrigued, just wait until you actually try the dishes with the small-grower champagnes.

This article appears in the March 2012 issue of Eat Street.
Categories: PGHeats