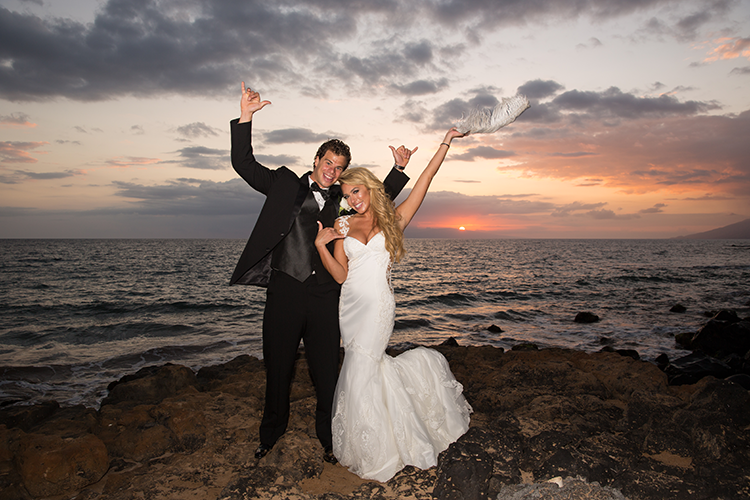 Tyler Kennedy and Brandi Engel credit the start of their relationship to timing — and a new mattress.

Brandi appears in commercials and works for Mattress World, the chain of stores her family owns. In late 2011, she was working at the company’s store in Mt. Lebanon when Tyler, then a forward for the Pittsburgh Penguins, came in to test a new Technogel mattress geared toward athletes.

Although Tyler, 28, didn’t ask her out right away, later the two kept running into each other. Eventually, Tyler requested her phone number. Brandi, also 28, says she said no at first but acquiesced after she got to know him.

“I thought he was really sweet,” she says. “He was very genuine and not a hotshot.”

After Tyler learned in June 2013 that he had been traded to the San Jose Sharks, he took Brandi to a Mount Washington overlook for what she thought was a goodbye salute to Pittsburgh.

Instead, Tyler got down on one knee.

While Brandi says she was shocked, Tyler says proposing to his dream girl was a no-brainer.

“I truly believe she makes me a better person in that she makes me happy every day,” he says. “I don’t think anyone has ever made me as happy as she does.” 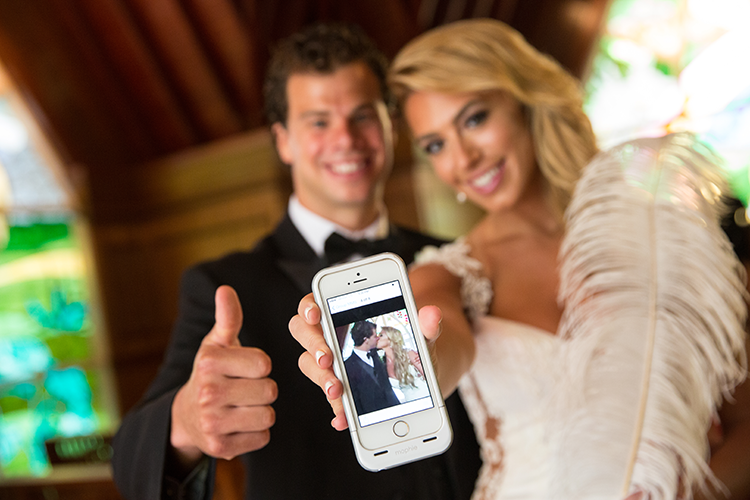 While Brandi’s family is based in Pittsburgh, Tyler’s family lives in Canada, in his hometown of Sault Ste. Marie, Ontario. To skip headaches over wedding logistics, the couple decided to elope to Hawaii but arranged to stream the ceremony live so that their families could watch an up-close view of their vows.

After returning from Hawaii, the couple celebrated with family and friends during receptions in Ontario and at the St. Clair Country Club in Upper St. Clair. 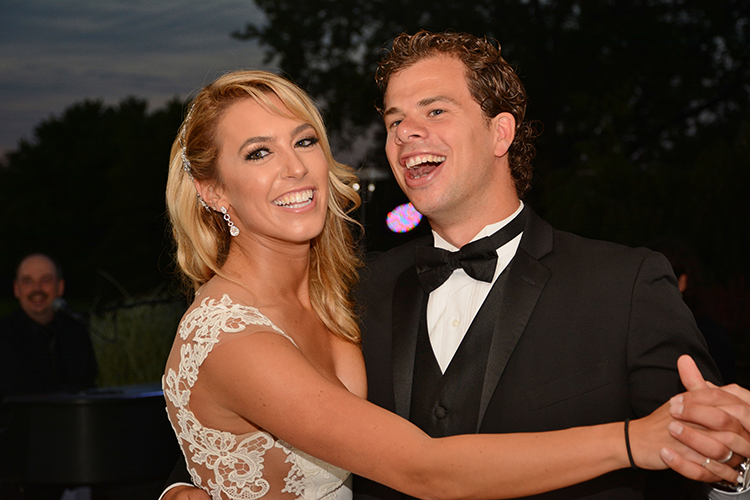 Taking a cue from her mother, Brandi incorporated feathers into her wedding. Brandi says her grandmother encouraged her mother to carry a feather in lieu of flowers on her wedding day as a way to stand out from other brides.

“My mom actually carried a really long white ostrich feather for her wedding day,” she says. “I thought it would be really cool for me to do that, too.” 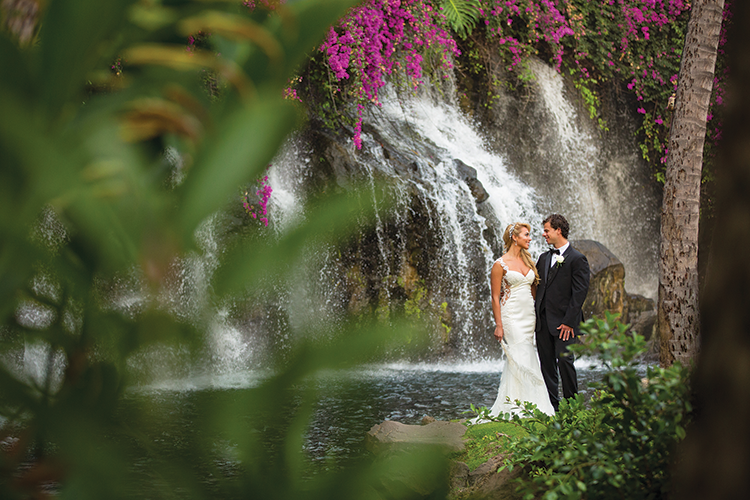 Hair & Makeup
Done by the bride