Go inside the William R. Oliver Special Collections Room at the Carnegie Library. 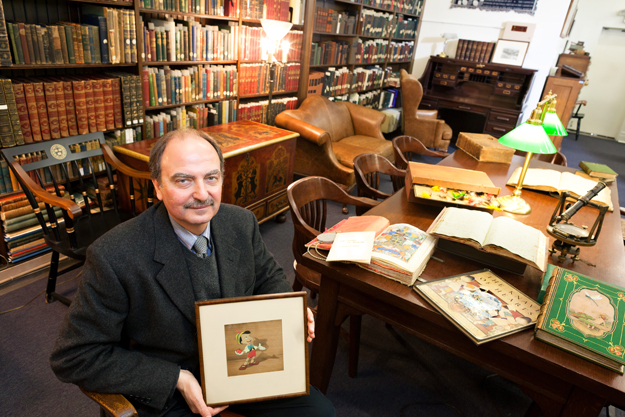 Pittsburgh’s greatest treasure chest is tucked into a corner of the Carnegie Library’s flagship branch in Oakland. The William R. Oliver Special Collections Room is home to some of the most important pieces of western Pennsylvania history as well as a wide range of other rarities — from early editions of Charles Dickens’ works to 80-year-old Disney film cels.

“Many times, we have the only institutional copy of a book in the city or one of only a handful in the United States,” explains archivist Gregory M. Priore, who organized the collection 22 years ago. “Researchers from all over the world come in here.”

This article appears in the April 2012 issue of Pittsburgh Magazine.
Categories: Community Feature