Boring "Allegiant" Isn't Even the End of the Hopeless "Divergent" Series

A confused review of the sci-fi dud, plus news on local film festivals opening today and more. 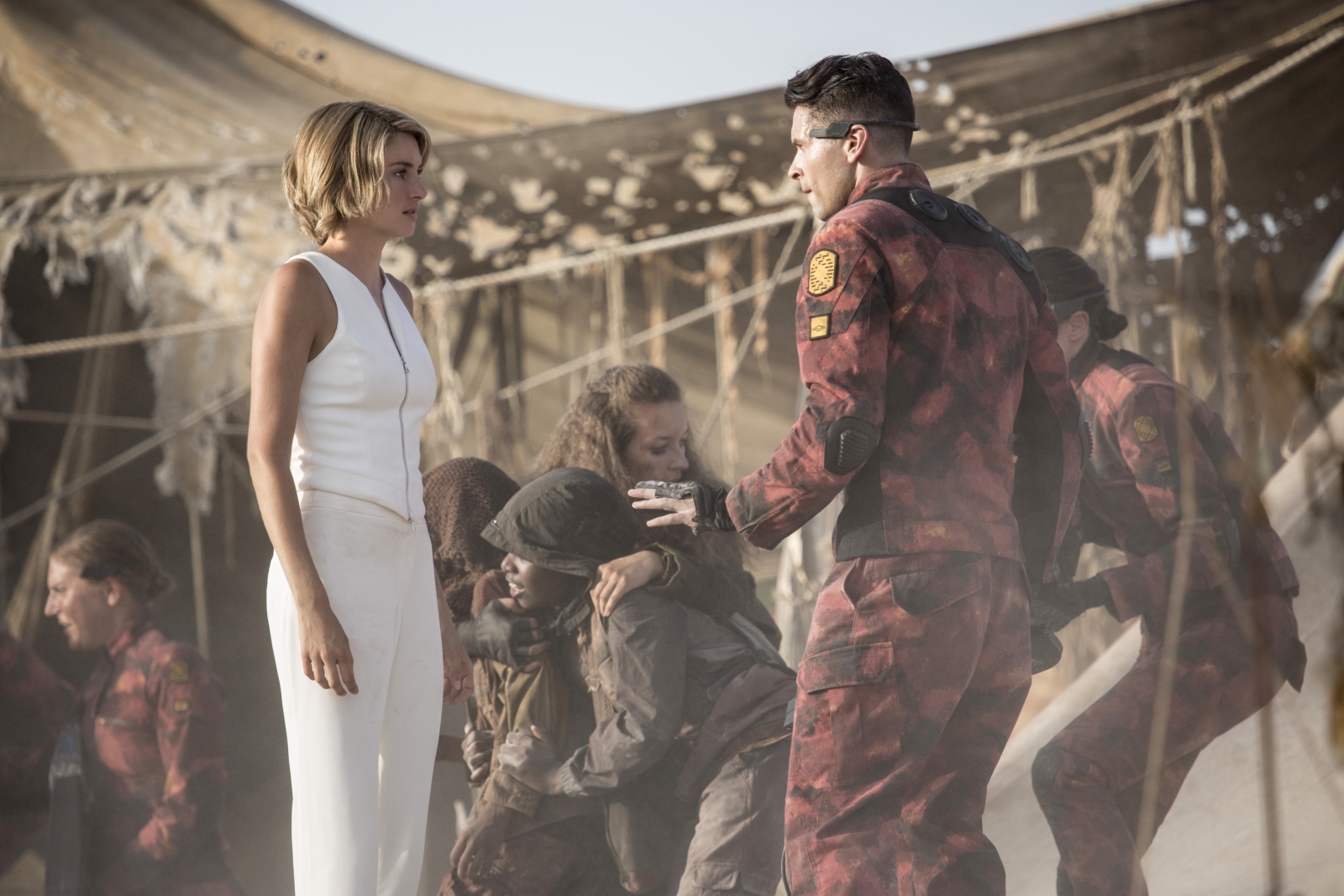 Before I tell you what I think of “Allegiant,” the third chapter in the dystopian science-fiction series based on Veronica Roth’s Divergent series, I must admit something: Until moments ago, I had no idea there was another film in the franchise yet to be released.

It is now standard practice to divide the final chapter of a book series into multiple films — see such examples as “Harry Potter and the Deathly Hallows: Part 2,” “The Twilight Saga: Breaking Dawn — Part 2” and “The Hunger Games: Mockingjay — Part 2.” By the way, notice the one recurring phase there? All the other half-book films I’ve seen have loudly declared themselves to be half a story. But since this one was (somewhat) simply called “The Divergent Series: Allegiant,” I assumed I was getting a conclusion.

But I was mistaken: A final chapter, “Ascendant,” is due next year. This explains a lot. And so I want to make it abundantly clear that I have spent the past few days looking at “Allegiant” all wrong, and thus cannot be considered unbiased on the topic.

That said: “Allegiant” is so, so boring, and you should definitely not waste your time on it.

The “Divergent” series is a muddy imitation of the “Hunger Games” franchise in its best moments and a completely uninteresting mess in its worst. Shailene Woodley, who gave it her best shot in the first two films but seems to have checked out here, stars as Tris, who has by this point been revealed as an exceptional resident of post-apocalyptic Chicago. (I won’t go into more detail than that, half because I don’t want to spoil the earlier parts of the franchise and half because I don’t actually fully understand what these movies are about — despite having watched them.)

Among a large cast of disinterested actors, Miles Teller, Naomi Watts and Octavia Spencer occasionally provide watchable moments. I’m not sure what else can be recommended. I suppose the score is nice.

Ultimately, “Allegiant,” like the rest of the series, can only be recommended to the most devoted fans of the book series — who themselves will likely be less than impressed.

Can’t wait to see what I have to say next year, when I have to watch yet another installment.

On the heels of recent visits from the likes of Michael Keaton and Denzel Washington — and Spike Lee’s sold-out engagement at Carnegie Mellon tomorrow — another lauded big-screen icon finds herself Pittsburgh bound. Oscar-winner Tilda Swinton will attend a screening of “The Seasons in Quincy: Four Portraits of John Berger” on April 19 at the Carnegie Museum of Art. Swinton is an executive producer of the film, which contains four short works about Berger, the Booker Prize-winning novelist and critic; Swinton also directed one of the segments. The event is being co-produced with the University of Pittsburgh; Pitt professor Colin MacCabe also produced the film and directed a segment. Tickets are $35; for info, call 412/622-3288.

The Montage: The Pittsburgh Japanese Film Festival begins today at Row House Cinema. The lineup: A new restoration of Akira Kurosawa’s masterful “Ran;” Studio Ghibli's 1991 animated feature “Only Yesterday,” finally in its first American release; the 1949 classic “Late Spring;” and, on opening night only, the battle-rap musical “Tokyo Tribe.” I’ve seen the trailer for “Tokyo Tribe,” and it looks truly insane — picture a violent, hip-hop version of “Pitch Perfect,” but a melodrama. Tickets for “Tokyo Tribe” are $15 and separate from the $18 festival pass; all are available here … The Spike Lee Q&A and screening of “Chi-Raq” may be sold out, but there are plenty of other noteworthy films to see as part of CMU’s annual Film Fest. Info here … If you’ve never seen Alejandro Jodorowsky’s bizarre midnight-movie favorite, “El Topo,” please head to Regent Square Theater Sunday night. It’s better if you know nothing about what you’re getting into. Tickets and info here.