Book Review: “The Light on The Wall” & “Jackknife: New and Selected Poems”

The early poems here share much in common with the characters found in Bruce Springsteen’s “The River” and “Darkness on the Edge of Town.” 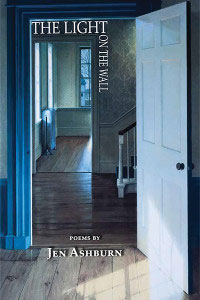 The Light on the Wall
by Jen Ashburn
Main Street Rag; $14.

Jen Ashburn’s debut collection, “The Light on the Wall,” contains all of the psychological dynamism of a great novel in its examination of a woman’s life, from her small-town Indiana upbringing to her exploration of a much larger world far outside the circumscribed boundaries presented to her as a child.

Ashburn takes a hard look at a fractured family in stark poems such as “Our Mother Drove Barefoot” wherein the poet observes her mother as she “pushed that Chevy hard / over the hills and through the night.” while “My brother and I slept like drunk bees / while she took us to the end / of our childhood.” Further along in the poem Ashburn reflects, “Such a long trip for her, driving. / Such a long, difficult labor.”

In “The Rescue,” the poet remembers praying for her father, who “careened / over highways in his silver Olds Starfire” to save her and her brother from “our mother’s schizophrenia.”

Her mother’s illness sets the course for Ashburn’s collection. There’s a claustrophobia to the family poems. Ashburn’s Indiana is a flat, constricted space — a grid of roads restrictive as a prison. The early poems here share much in common with the characters found in Bruce Springsteen’s “The River” and “Darkness on the Edge of Town.”

Ashburn does leave Indiana, and consciously or not, follows the path of her father, a veteran of the Vietnam War, to Southeast Asia. The poet treks across Thailand, Laos and Cambodia and finds her world greatly expanded. There’s an openness in these later poems, a feeling of deep personal discovery. Ashburn reminds us that the world is large and that our fear and trepidation serve only to hold us in place. Knowing that world requires bravery — the same bravery needed to know oneself. 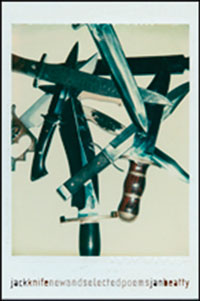 Jan Beatty’s “Jackknife: New and Selected Poems” shares a similar peripatetic spirit as the author’s lively poems ramble from a small record shop in Dublin to between the leather-clad legs of a Jim Morrison mural in Venice Beach, Calif. She also drops acid in a slag dump on Route 51 watching “ladle cars slice up the sky, spill their load / down the mountain” as she cheers “the red glow.”
Never a poet to prettify the city needlessly, Beatty’s work nevertheless can take a reader’s breath away:

Down Beck’s Run we hit Carson, my cheek
resting on Stush’s firm shoulder till
the ground rises up with the hulk of J&L
across the river, steel house that burns it all,
… everything is smokestacks
& yellow blaze.

This generous collection serves as a reminder of Beatty’s achievements. 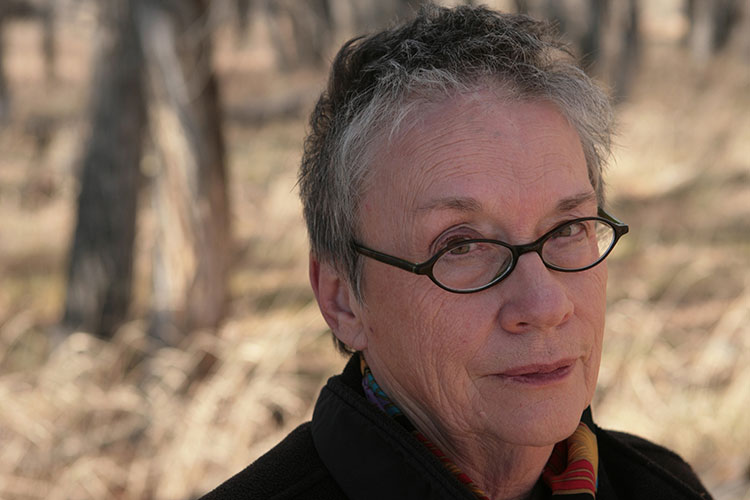 Speak Up
April 20/ Annie Proulx’s 1993 novel “The Shipping News” won both the National Book Award and the Pulitzer Prize for Fiction. Her short story “Brokeback Mountain” was made into an Academy Award-winning film in 2005. Her latest novel, “Barkskins,” is an epic tale spanning more than 300 years and concerning the catastrophic destruction of the world’s forests. Presented in partnership with Pittsburgh Arts & Lectures, this installment of the Carnegie Nexus series “Strange Times” investigates humankind’s influence on the Earth in the Anthropocene age. It features Proulx in conversation with Carnegie Museums of Pittsburgh President Jo Ellen Parker. (Carnegie Music Hall, 4400 Forbes Ave., Oakland; 412/622-8866, pittsburghlectures.org)