Plus, Arcade Comedy Theater gets down to business. 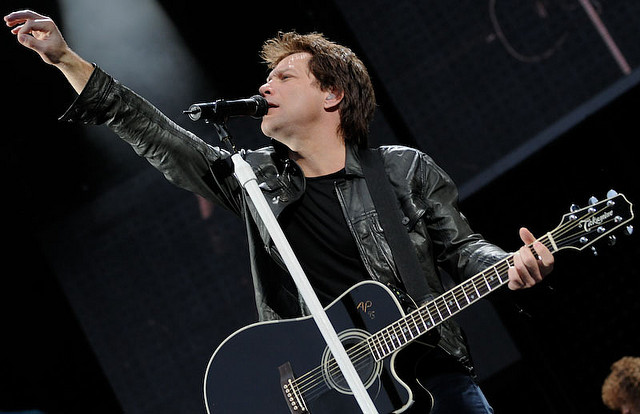 Bon Jovi takes over Pittsburgh
Even with a brief hiatus in the early ’90s, Bon Jovi has been there for us through good lovers and those who give love a bad name. After years of touring, solo projects, billboard lists and hall of fame inductions, it’s time to show some love for the Jersey boys' “Because We Can” tour before their new album, What About You, drops on March 8.

Whether you’re an original fan or were born into a Jovi-lovin’ family, this is sure to be a show for all generations. Be sure to sport your denim-leather ensemble (complete with sunglasses to shield you from the stage lights).

Arcade Comedy Theater gets down to business
After a weekend of sold-out grand-opening shows, Arcade Comedy Theater isn’t prepared to rest on its comedic laurels. Now that the champagne has been popped, business as usual begins for the group — and that means a quartet of shows featuring a boatload of talent. Stand-up comics like Derek Minto and Isaac Kozell will be joined by improv outfits like Valiant & Valiant (local sketch/improv vets Abby Fudor and John Feightner) and Player One (Arcade’s uproarious in-house team). They’ll open the doors at 8 and 10 p.m. tomorrow and Saturday nights; each performance offers stand-up, improv and more. If you couldn’t get a ticket to last week’s celebrations, get one this weekend.

Zombies, hippies & history
We’ve covered The ScareHouse, we’ve covered the Sen. John Heinz History Center and we’ve covered Pittsburgh’s biggest contribution to undead culture, Night of the Living Dead. But this week, we have a chance to cover them at the same time. Which is pretty cool. As part of its new exhibit, “1968: The Year That Rocked America,” the History Center is throwing a NOTLD-themed party (the flick premiered in ’68, you see) with help from The ScareHouse and Lawrenceville zombie-chic store House of the Dead. Get the full scoop in this week’s After Dark! 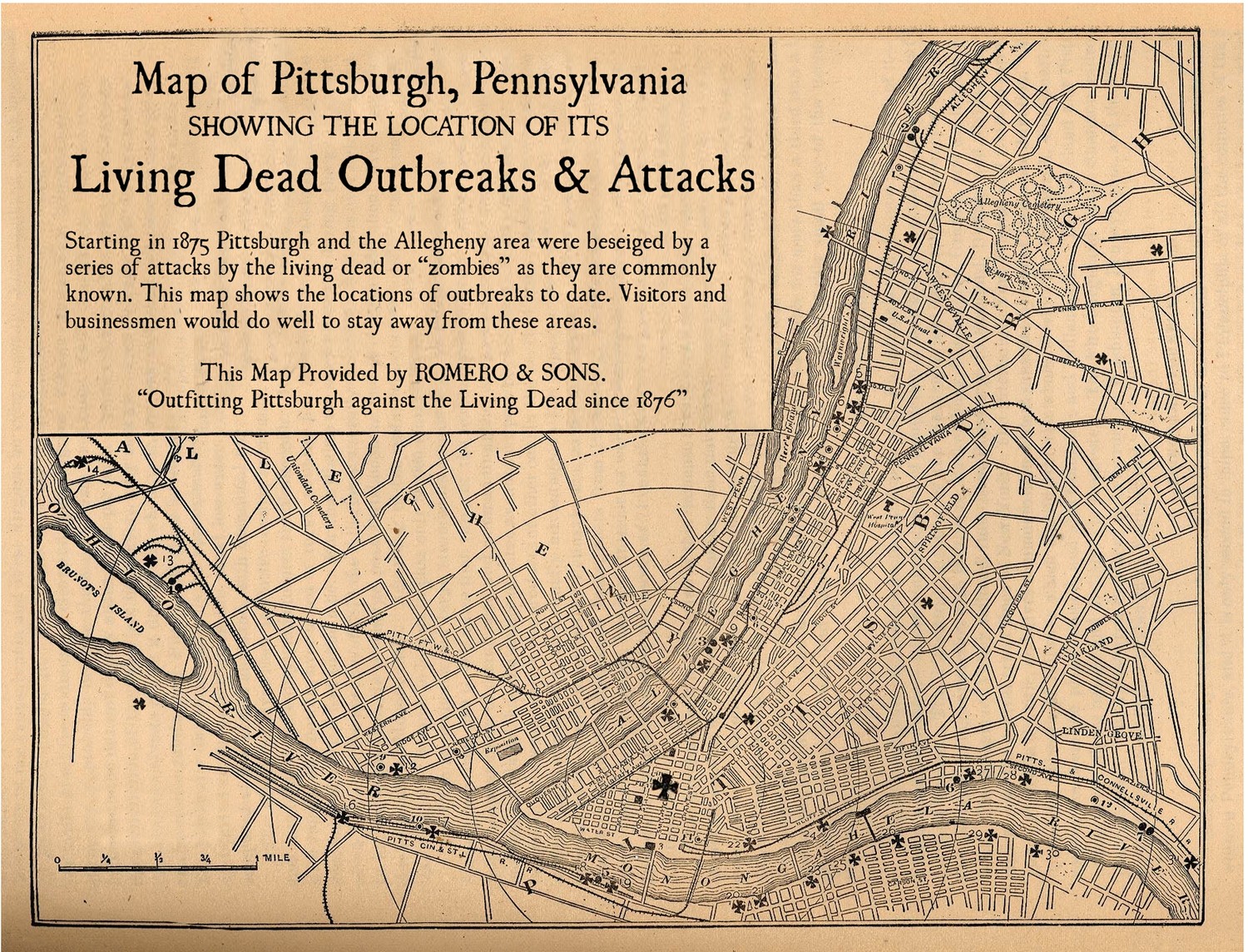 Get this Pittsburgh zombie outbreak map on Etsy

In Theaters: New movies coming to Pittsburgh this weekend are more or less limited to Snitch, a crime drama starring Dwayne “The Rock” Johnson, and Dark Skies, an extraterrestrial-themed horror flick. Why such slim choices? Well, because you’ll be catching up on your Oscar nominees before the statuettes are handed out Sunday night. PM Film Editor Sean Collier will be on the 102.5 WDVE Morning Show Friday at 7:15 a.m. to review Snitch and offer his Oscar picks; get a jump on your office pool! Tune in to 102.5-FM or DVE.com to hear Sean’s remarks!

People don’t always think to hang out at the Carnegie Library, but they should — especially with events like tonight’s Harold & Maude cheap date night and Sunday’s special reading for Black History Month. Click here for more information.

This article appears in the February 2013 issue of PMWeekend.
Categories: Things To Do