The University of Pittsburgh recently unveiled its newest “victory light,” a searchlight style beam shooting directly into the sky. 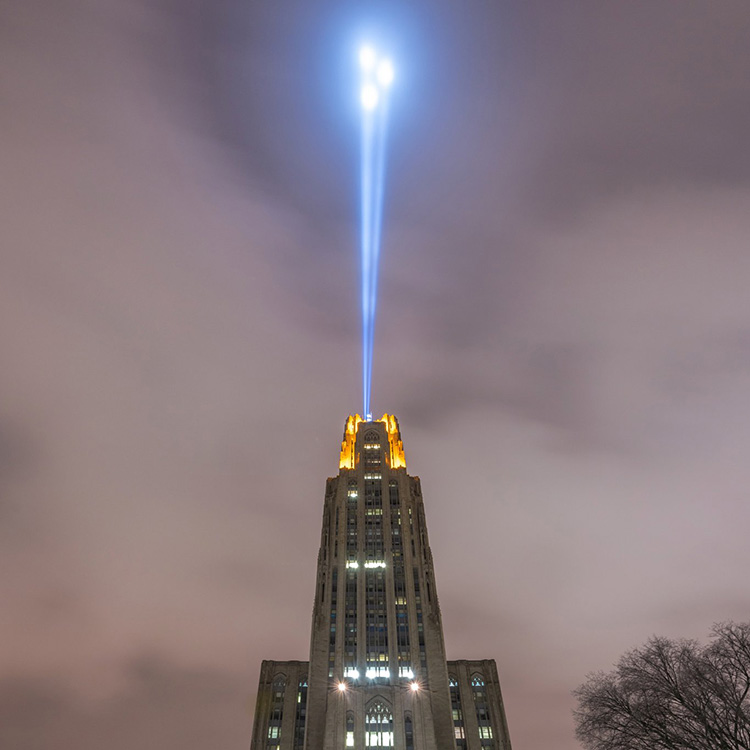 If you’re ever lost in Oakland, walk toward Cathedral of Learning to find your way home. That’s what they tell new Pitt students, at least.

Looking for “Cathy,” as Pitt students lovingly refer to the building, in the night sky is about to become a whole lot easier thanks to the addition of a bright blue beam of light shooting directly into the sky.

Chris Bickell, a 1996 Pitt grad and longtime fan of the university’s sports teams, gifted the blue light to Pitt as an upgrade to the traditional “Victory Lights” that light up after any Pitt football win and other important athletic accomplishments.

"Our goal is to make sure the ‘on’ switch is flipped as much as possible for those beautiful new Victory Lights," head football coach Pat Narduzzi said in a release. "Many thanks to Chris Bickell for his tremendous support of the Panthers."

The Panthers posted a 360-degree video of the new lights on Twitter.