Reviews of "Black Panther" and "Early Man," plus local movie news and notes. 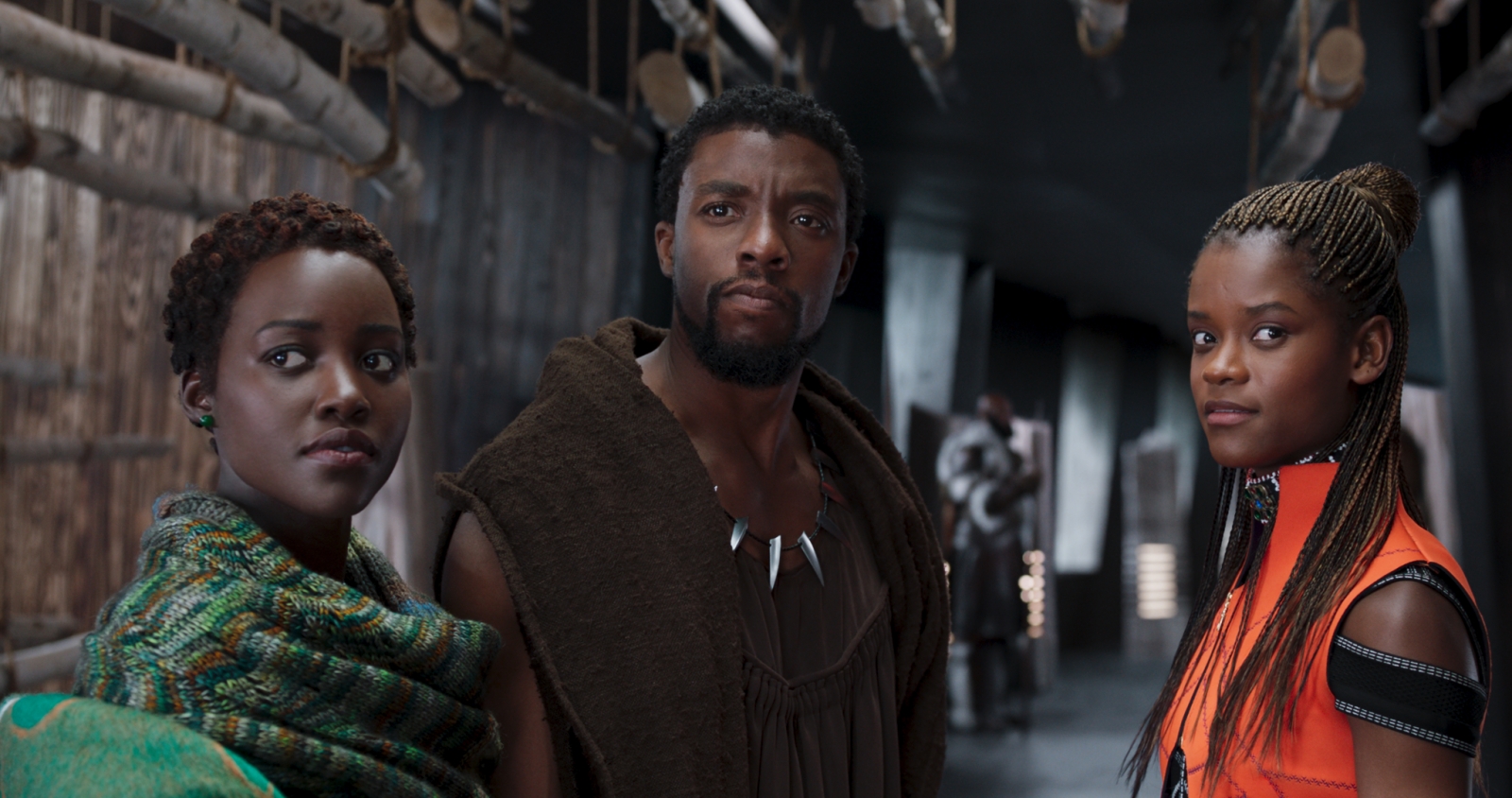 Nearly every Marvel installment blends action and humor in stories about well-constructed and perfectly cast characters. They’re always fun; they’re always inventive. Rarely, however, are they truly weighty; the villains are always thin, the stakes always feel forced. And — because the job is building an endless franchise, not a singular film — no Marvel movie is allowed to distinguish itself above the pack.

Until today. “Black Panther” is the best Marvel movie.

The 18th film in the series boasts a central conflict stronger and more compelling than any in a previous chapter, thanks to a perfectly realized hero and a villain who is, finally, allowed to be his equal. It eschews humor for style and ambition. Where previous Marvel films used social commentary sparingly or exploitatively, “Black Panther” organically incorporates history and contemporary reality into its mission — into is nature.

We met T’Challa (Chadwick Boseman), then crown prince of Wakanda, in 2016’s “Captain America: Civil War.” In that film, an intramural squabble between the Avengers turned international, leading to the death of Wakanda’s King T’Chaka (John Kani). In “Black Panther,” T’Challa is crowned king at a moment of conflict; some Wakandans want to use their wealth and advanced technology (deliberately hidden from outsiders) to solve Earth’s ills, while others favor continued isolationism.

T’Challa has little time for philosophical discussions, however; there’s a dangerous soldier of fortune (Andy Serkis) trying to sell Wakandan treasures to the FBI, a domestic rival (Winston Duke) with an eye on the throne and an American soldier (Michael B. Jordan) with Wakandan ties making his presence felt.

I don’t want to wade farther into the plot; its development and deftness, in the hands of director Ryan Coogler, who co-wrote the script with Joe Robert Cole, is one of the joys of “Black Panther.” As is the stellar cast; while Boseman and Jordan are the film’s core, there are far more powerful turns than I can include here. (Okay, just a few: Lupita Nyong’o, Danai Gurira, Angela Bassett, Daniel Kaluuya, Letitia Wright and Forest Whitaker all deserve recognition.)

Marvel has spent a decade demonstrating what a comic-book franchise could achieve; in two hours, “Black Panther” reminds us of everything an individual, singular, perfect superhero movie can be. It is as inspiring as any film in the genre’s history with complexity and confidence that comic movies have rarely, if ever, seen. I have a hunch that “Black Panther” may well emerge as the top-grossing film of 2018; if that comes to pass, it will be the rare case where the most successful picture of the year is also one of the very best.

Animation aficionados knew the name Aardman Animation long before Pixar became a cultural force (or had even released a film). The studio behind “Wallace and Gromit,” “Shaun the Sheep” and more cornered the market on world-class stop-motion for decades; even now that other studios have learned how to effectively use the style, Aardman and director Nick Park remain at the genre’s fore.

Visual humor has always been the studio’s forte, and “Early Man” thrives on it. The story of a tribe of neolithic rabbit-hunters rudely interrupted by the arrival of a Bronze Age (all of which is an elaborate way to set up a sports flick), “Early Man” is a factory for genuine, effortless, laugh-out-loud gags. Voice work from the likes of Eddie Redmayne and Tom Hiddleston doesn’t hurt, but all “Early Man” needs to win is a series of slapstick bits and sight gags. Your kids will fall out of their chairs laughing, and you won’t be far behind them.

I reported on an uncertain future for the Hollywood Theater a few weeks ago; now, while I still can’t speak to the next phase of the historic theater’s life, I can provide a sad update on its present. Following an eviction notice, the nonprofit Friends of the Hollywood Theater vacated the premises last weekend, effectively ceding control to the building’s new owners, the Theater Historical Society of America. Forthcoming programming appears to be canceled, and THS has not yet published a reopening date or any plans going forward. I’ll be reaching out to them next week; in the meantime, Brian Conway at PublicSource has an extensive report.