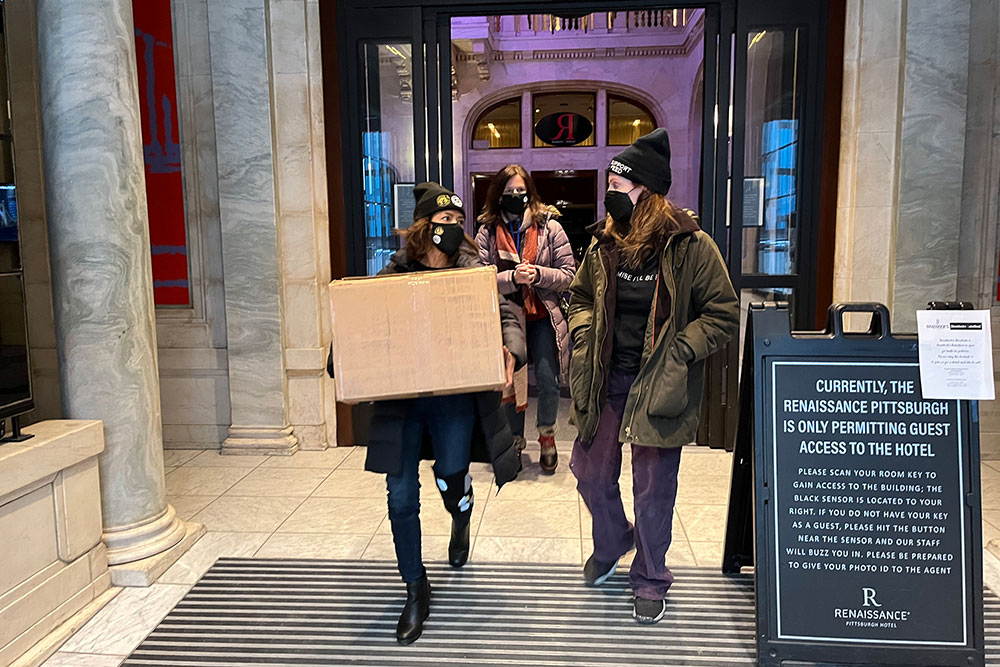 Before Billie Eilish took the stage at PPG Paints Arena Tuesday night, her team stopped to help out Pittsburghers in need.

Maggie Baird, Eilish’s mother, donated surplus vegan meals leftover from the crew to 412 Food Rescue. The nonprofit has redistributed 21.2 million, pounds of food around the Pittsburgh region — food that would have otherwise been sent to landfills and contributed to harmful greenhouse gas emissions.

Baird donated the meals directly to Leah Lizarondo, the organization’s president and CEO.

“I’m so excited to meet Leah and learn about 412 Food Rescue,” Baird said in a press release. “We’re thrilled to provide plant-based food from local community restaurants to 412 Food Rescue and the people they serve, and fight the climate crisis together.”

The donated food was comprised of surplus crew meals from Eilish’s rehearsal, provided by local vegan restaurant Onion Maiden of Allentown. 412 Food Rescue’s team picked up the meals from the crew’s hotel and delivered them to Outreached Arms, an organization that serves food insecure people Downtown. 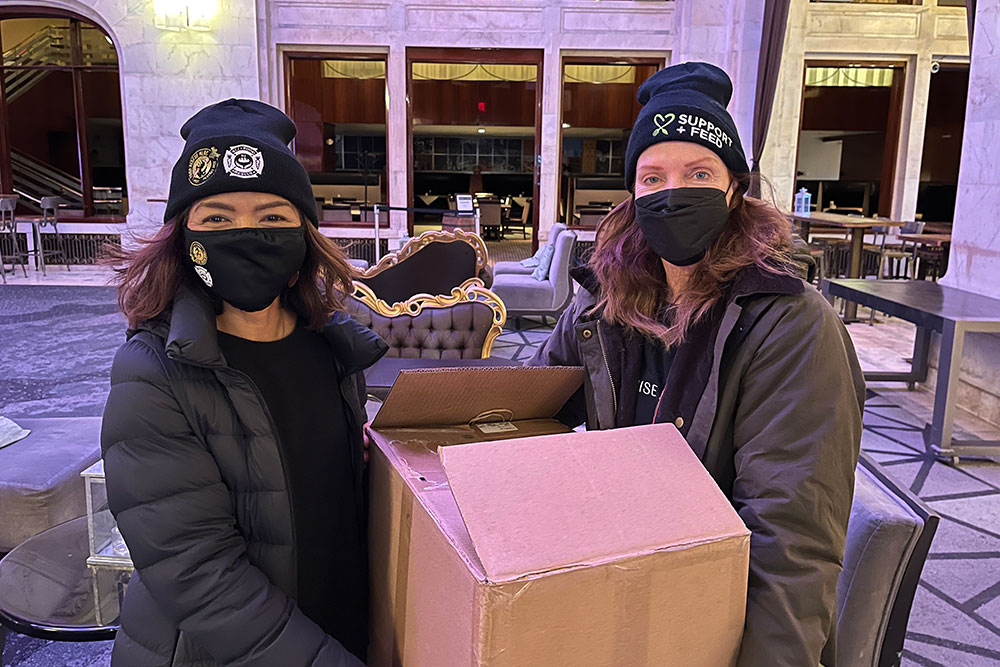 Combating food insecurity is nothing new for the seven-time Grammy-award-winning singer and her family. In Los Angeles, Baird started Support + Feed in 2020, an organization that advocates for accessible and nursing plant-based foods, which she says are more sustainable and better for the planet than meat and dairy products.

“Animal agriculture is one of the biggest contributors to climate change, deforestation, water and air pollution and biodiversity loss,” reads the organization’s website. “Support + Feed’s mission is to counter the major culprits of environmental destruction by providing nutritious, planet-friendly plant-based food.”

The idea, according to its website, began in the early days of the COVID-19 pandemic, when Baird and her family were isolating at home.

“We saw that food insecurity would worsen, just as small businesses would struggle,” Baird wrote. “A small group of us conceived the plan to purchase nourishing plant-based meals from local restaurants and deliver them to charitable organizations to support their communities.”

Support + Feed is now active in Los Angeles, Philadelphia, Washington D.C., and New York City. In 2022, it will expand to 30 states and other countries, too. 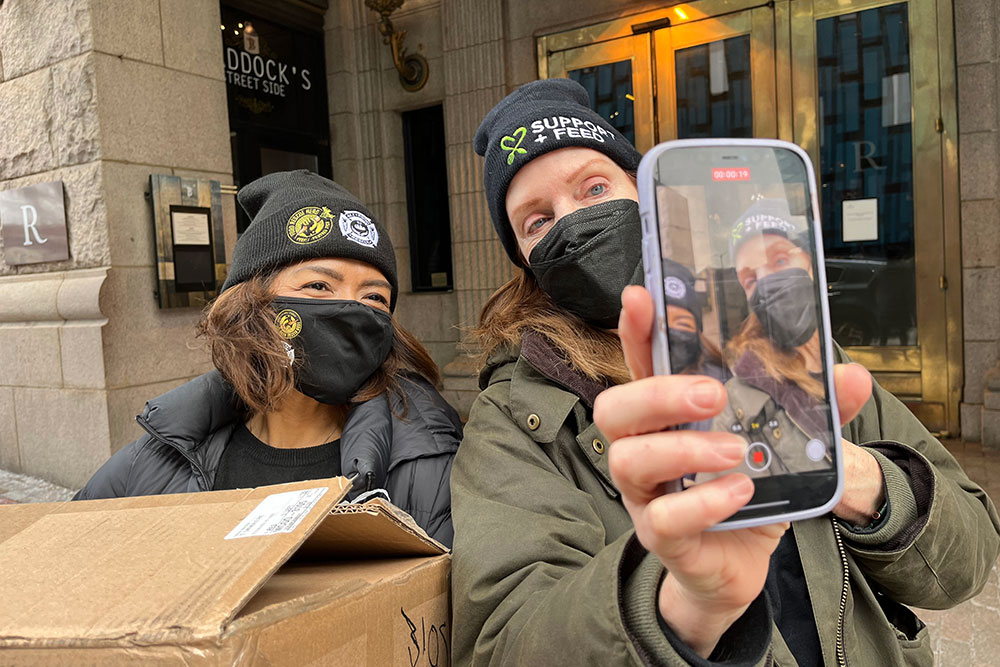 “We’re coming to all the cities on Billie’s tour as well to provide nourishing, plant-based meals to community organizations in food apartheids,” added Baird, referring to not only communities that lack grocery stores, but communities of color that face discrimination when it comes to economic opportunities.

Its mission was compatible with that of 412 Food Rescue; through Lizarondo’s organization — and with the help of 16,000 Pittsburgh-area volunteers, food that would have otherwise gone to waste has become 17 million meals and mitigated 11.5 million pounds of CO2 emissions. In the 16 cities where the Food Rescue Hero app is used, over 80 million pounds of good food has been rescued.

“We are so grateful for the work that Maggie and Billie are doing to impact not only food insecurity but also climate change,” Lizarondo said in a statement. “Preventing food waste and eating more plant-based meals are two things we all can do everyday.”