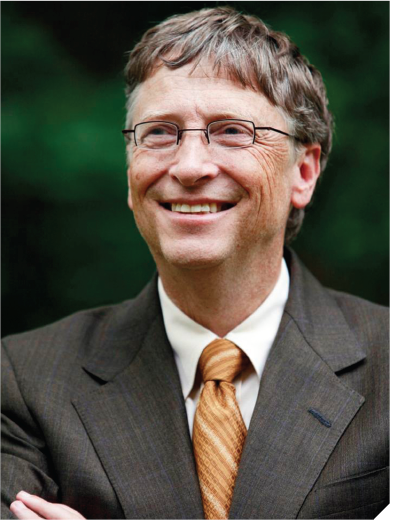 What brought Bill Gates, the genius of Microsoft and the world’s richest man, to our fair city?

When Gates appears in Pittsburgh, it’s to impress, encourage and claim fresh young minds. He comes here to influence brilliant students working in the computer sciences at local universities. He also stops by to share some of his incredible wealth — always, it seems, with optimism and hope for the future.

He has made the trip from Seattle — his headquarters — to Pittsburgh at least three times; all of those visits featured public appearances on the Carnegie Mellon University campus.

Gates first stopped by for a quick visit and speech on Feb. 25, 2004. He had been atop the Forbes list of the world’s wealthiest individuals since 1995 but still was making personal contact with select universities. He had been at the University of Illinois at Urbana-Champaign the night before; he zipped up to Cornell after his talk here and planned to visit Harvard and MIT afterward. He must have been impressed with something here: That September brought the announcement that the Bill and Melinda Gates Foundation would give CMU a $20 million gift to help with financing a new building for the School of Computer Sciences.

That structure was under construction when Gates returned on Feb. 21, 2008, again on a tour of universities. His speech on software, innovation, entrepreneurship and giving back had been branded as “Bill Gates Unplugged”; you can watch it on YouTube. The talk was followed by a surprise presentation of a sort of “retirement gift,” as Gates had just resigned as CEO of Microsoft to devote all of his attention to his foundation. Then-CMU President Dr. Jared L. Cohon praised Gates, saying, “You actually remind us of someone else who is actually very close to the heart of this institution . . . We thought it would be fitting to connect you, the greatest philanthropist of the 21st century, with the greatest philanthropist of the 20th century.” Then Cohon presented Gates with one of Andrew Carnegie’s original desk chairs from his office at Carnegie Steel.

Gates’ next Pittsburgh visit was on Sept. 22, 2009, when he gave a short keynote speech and helped to cut the ribbon for the double dedication of the new Gates Center for Computer Science and the new Hillman Center for Future Generation Technologies in Oakland. The building gives Gates and Microsoft a prominent presence at CMU; the company remains the largest corporate recruiter of students.

The Bill and Melinda Gates Foundation has funded several other projects with local connections, including grants to Aquion Energy for its innovations in long-lasting batteries and to Project Tycho at the University of Pittsburgh, where disease-mortality rates and the effects of vaccines are being studied. The foundation also has given $40 million to the Pittsburgh Public Schools for evaluating teachers’ classroom performances, but the future of that effort is uncertain. North of the city, at the vast Iron Mountain underground storage facility near Slippery Rock in Butler County, Gates has established a state-of-the-art storage facility for the huge collection of photographs that his privately owned company Corbis licenses and preserves.

This article appears in the July 2014 issue of Pittsburgh Magazine.
Categories: Rick Sebak