Best Places to Introduce Children to the Performing Arts

When you see a show at one of these organizations, you may enjoy it as much as the children. 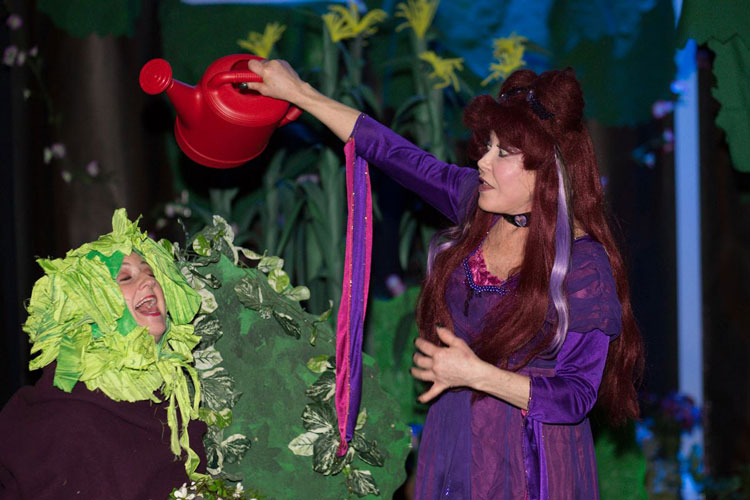 The 32nd annual EQT Children’s Theater Festival runs this weekend with a full lineup of performances and other activities for all ages. If the festival whets your appetite for additional cultural experiences, here are six great spots around the region to expose kids to theater, dance and more. 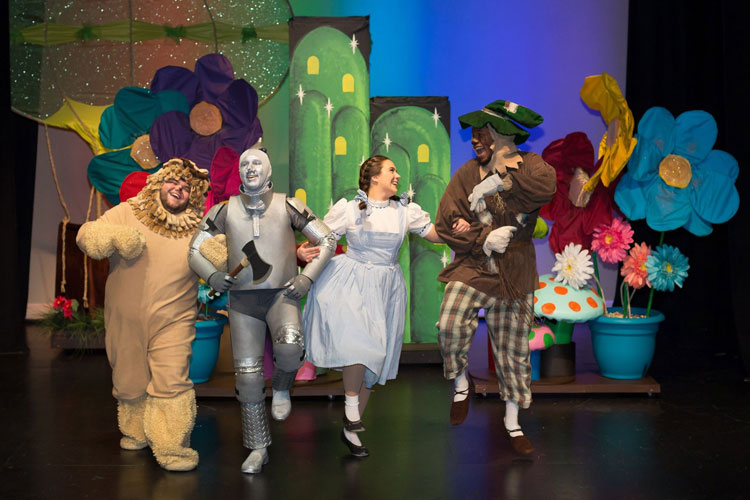 Executive Director Jill Jeffrey says interactive performances was always the mission of Gemini Theater Co., which was established in 1996 and now is based out of the Father Ryan Arts Center in McKees Rocks.

Last season kicked off with “Cinderella” followed by “Sleeping Beauty Holiday,” “Wizard of Oz,” and “Rapunzel,” which closed in April. Performances are geared toward ages 2 and up.

“People might say, ‘Do kids that age really understand a story like “Peter Pan?’” and they may not understand the bulk of the experience, but they’re getting to know the characters,” Jeffrey says. “It’s really a nice atmosphere for kids who might wiggle in their seat a lot.”

The theater added a variety of weeklong summer camps in the early 2000s; each group of children develops and performs their own original show. Jeffrey says the camps were so popular Gemini added an after-school program in 2008. 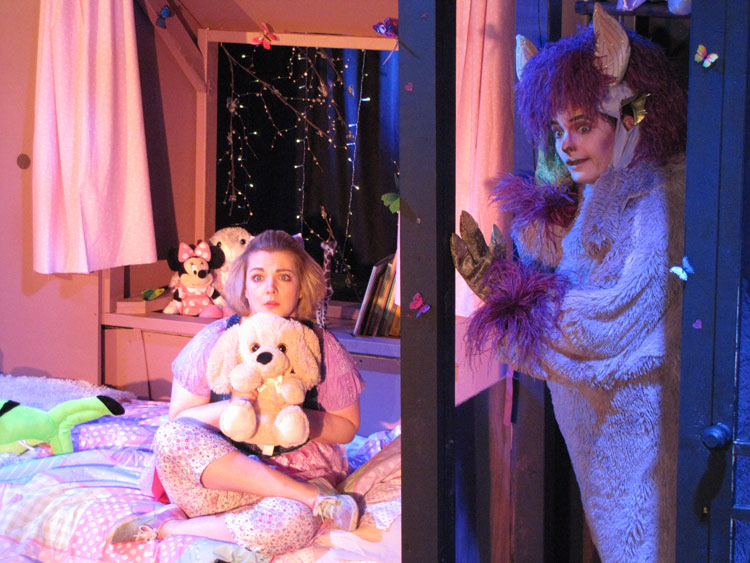 After years working in theater in the United States and abroad, Mariposa Children’s Theatre Executive Artistic Director Caren Hearne and her husband moved to Pittsburgh to start their own professional children’s theater. She places a lot of importance on exposing kids at a young age.

“I’ve been performing for a long time,” Hearne says, “… but the one thing that has always stayed with me, ever since high school, is if kids can’t enjoy theater when they’re younger and they don’t see that magic is real and that it takes you somewhere else … then we don’t have future performers and we don’t have future audiences.

“And if families aren’t coming together and talking about what they saw and having a good time together, that makes it even worse.”

The intimate Bellevue theater seats 55; kids and parents can take in the shows sitting on mats on the floor or in chairs. Hearne says the flexibility has been a draw for parents.

“They don’t have to worry that somebody is going to be angry at them because their kid has to get up and move around or they’re feeling a little wiggly,” she says. “That happens, kids just get wiggly.”

Each of the five shows this season will run about six weeks; the company performs at 10 a.m. and 1 p.m. on Saturdays. The first show this season, “Jungle Book,” was geared more for middle-age students, but the rest of the season is predominantly for preschool through elementary school. 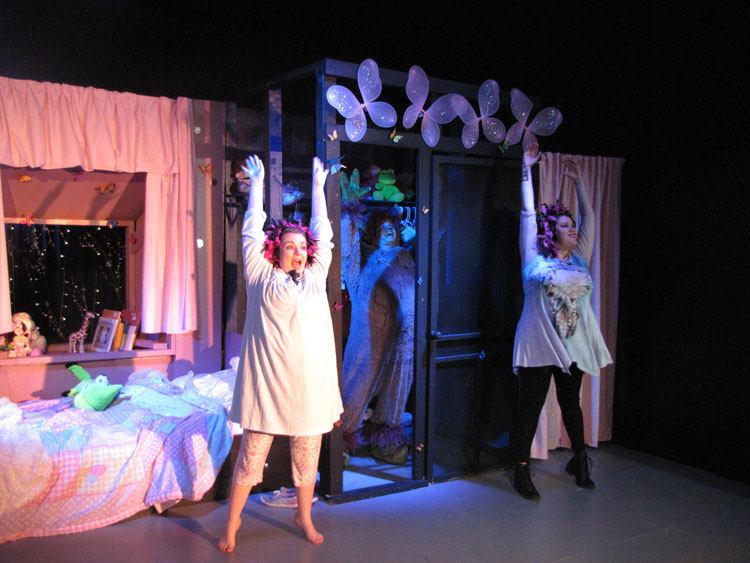 The current show is “Wanda’s Monster,” based on the book by Eileen Spinelli. It which runs through June 9.

“I want to make sure it is an entire family experience,” Hearne says. “I’m not just putting out something that I want parents to drag their kids to. I want the parents to really be able to enjoy the experience with their kids and walk out going, ‘This is a really fun time.’” 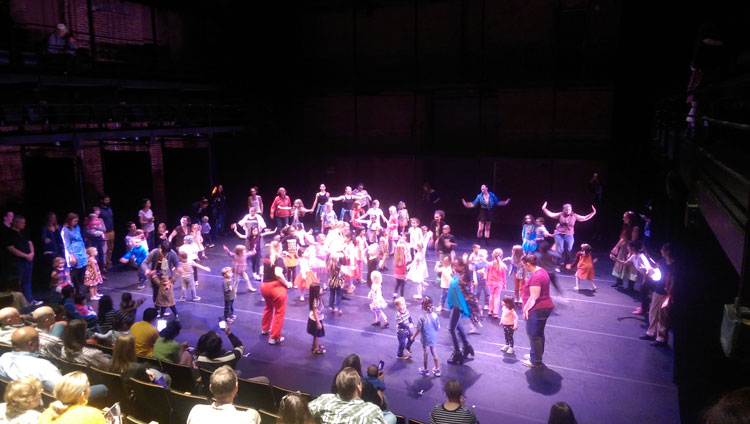 Wiggly children can also move to their hearts’ content at the children’s shows at Texture Ballet Co.

“For each of our main stage shows, we present a children’s performance that same weekend,” says dancer Katie Miller. “Basically the goal of the children’s show is to make it approachable for families with young children but to present high-quality art. We don’t simplify the choreography; they get to experience the real thing.”

Texture, now entering its eighth season, performs a blend of ballet and contemporary dances, and most of their performances are new works or world premieres, so kids can experience a range of forms.

The children’s shows consist of about 30 minutes of excerpts from the show, sometimes with breaks in between where the performers talk to children about topics such as pointe shoes or flexibility.

After that, the kids get to go on stage to join in.

“All of our company dancers are on the floor with them. It’s a really fun time for us as well, because it’s very rewarding.” 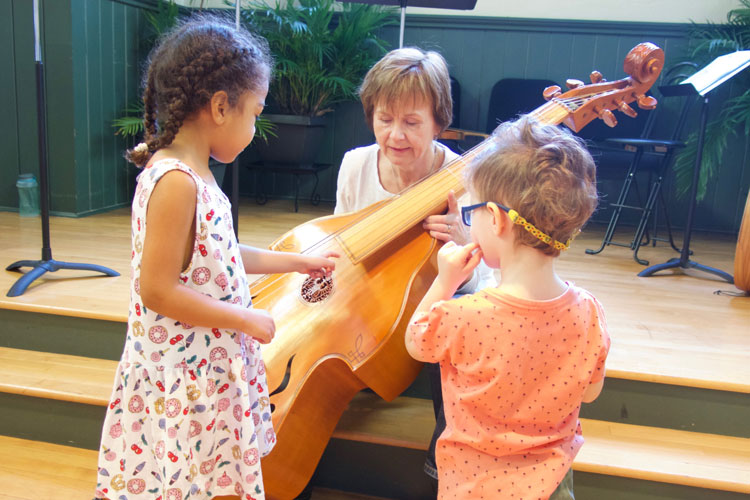 PB&J is synonymous with childhood, and the Peanut Butter and Jam sessions at Chatham Baroque are just as appealing.

The Baroque ensemble has been hosting PB&Jam concerts, geared toward kids age 2-5, for nearly 20 years. The musicians interact with the children as they play short selections of music, and kids are encouraged, with the help of Kindermusik teacher Lynda Wingerd, to dance, sing or participate in other ways. Parents are encouraged to partner with their children as well.

The event is typically held at Calvary Episcopal Church in Shadyside, a space Chatham’s Founding Artistic Director and musician Patricia Halverson says is very approachable with room for kids to spread out if they get distracted and be as noisy as they like.

“The space is very friendly,” Halverson says. “All of those things make it easy for parents, and I think what parents find is that it’s a unique opportunity for their kids to be really close to live musicians.”

The events are typically held at 10 a.m. and 11:30 a.m. one Saturday a month September-April. Chatham Baroque is set to merge with Renaissance and Baroque, but Halverson says the events will continue. 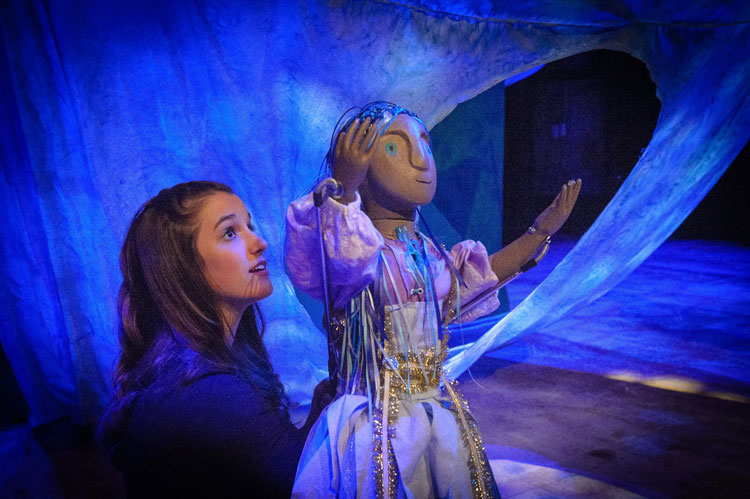 Jumping Jack Theater, produced by the Pittsburgh Cultural Trust, has created two original works for children who benefit from sensory- and autism-friendly shows.

“In general, the style of theater we do is a genre in its infancy,” says Claire Sabatine, Jumping Jack Director of Marketing and Community Engagement, noting the shows are designed for those audiences rather than adapted from mainstream shows.

Their first show, “The Light Princess,” premiered at the Three Rivers Arts Festival in 2017, and the following show, “Cityscape,” recently finished a run at the Trust Arts Education Center and is now available for touring performances.

The shows are produced through a residency partnership in the classroom, so students understand the creative process as the show is created and then performed live.

“Students who have worked on the show, they’re very excited because the actors have also worked with them and they feel super connected and as if a part of them is in the story,” Sabatine says.

Parts of each show are interactive as well, she says, with an object children can hold that ties into the show.

“Other audiences that have come, we’ve had a very positive response, especially from parents, because it’s a place where they can feel comfortable and their child can be themselves,” she says. “They can experience the show however they want to and however feels and looks and is best for them.” 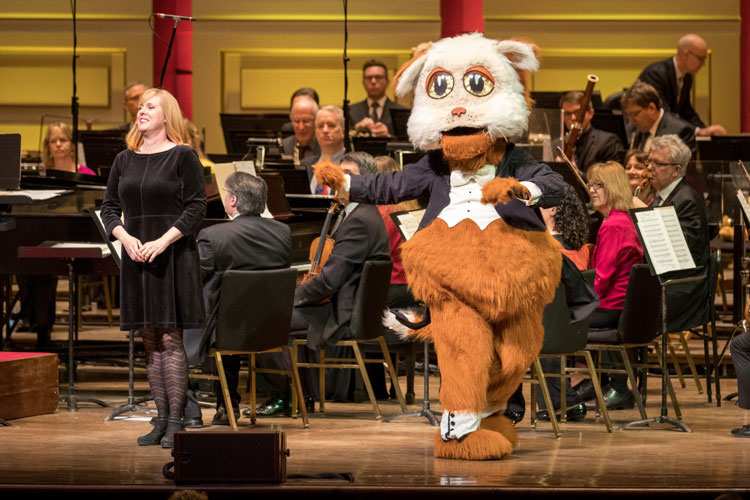 While you might not take your young children to a Saturday evening performance of Beethoven’s 5th, you can expose them to classical music with the Pittsburgh Symphony Orchestra.

Fiddlesticks is a three-concert series, held on a Saturday morning in the fall, winter and spring, that’s designed to be a multi-generational experience.

“Before each concert, we turn the front of Heinz Hall into a musical playground,” says Lisa Belczyk, PSO director of learning & community engagement, noting kids can do hands-on, multi-sensory and multi-modal activities such as singalongs and crafts based on what they’re about to experience from the concert.

“It’s great families that can spend a morning together, and it’s something educational but also fun,” Belczyk says. “Those programs are really a forefront of making sure we’re engaging our youngest audiences.”

This article appears in the May 2018 issue of The Best Blog.
Categories: Best of the ‘Burgh