Best of the 'Burgh 2011: Arts and Entertainment

From the best Google Street View to the best love story, our editors pick the best in Pittsburgh arts and entertainment.

Sampsonia Way
On any given day, only a handful of people may stroll down Sampsonia Way, the sleepy alley that passes by the City of Asylum/Pittsburgh and the Mattress Factory. It’s a street where the buildings and structures pay tribute to art, and it’s often so quiet that you can hear the wind whistle through the sculptures. That’s why it’s surprising and strangely suiting that Google’s Street View for Sampsonia Way bustles with a marching band, a moving crew and a woman escaping out her window on a rope made of knotted sheets. —Katie Booth 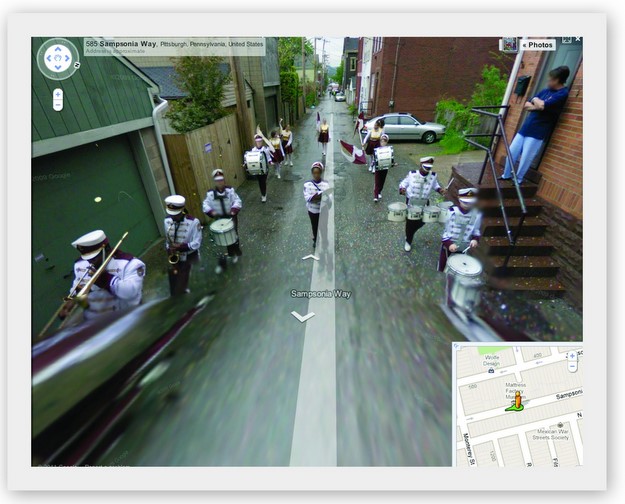 Pittsburgh Savoyards
When Pittsburghers think of opera, they usually think of the Cultural District. But since 1938, the town of Carnegie has produced every Gilbert and Sullivan operetta, plus sundry other operas for good measure, like last season’s Gianni Schicchi, a rare comedy by Puccini. Quartered in the music hall of the public library (endearingly called the “Carnegie Carnegie”), the Savoyards conscript remarkable singers and choreograph elaborate productions. If you go topsy-turvy for comic opera, the Savoyards offer community theater at its finest. —Robert Isenberg

Yinz Luv ’Da Stillers
The rest of America may recognize Jim Shearer as a VH1 VJ, but in Pittsburgh, he’s known as one of the coolest sportscasters on or off the Web. Yinz Luv ’Da Stillers, the much-loved Web show, features a homemade, wobbly-looking set and a languid cat named Bat-Bat—but what truly sets Shearer apart is his high energy and knowledge of Steelers’ history. Watch out, ESPN: Shearer is carving out a niche of sports’ lovers in the ’Burgh who are tuning in to their computers to watch a T-shirt-wearing Yinzer who truly loves the game. —K.B.

Mr. and Mrs. Skippy, a pair of black-necked stilts at the National Aviary
Yes, you read that right—at the National Aviary. That’s where a couple of lovebirds—technically black-necked stilts—caught our attention and tugged at our heartstrings. When Skippy lost his mate, he plunged into a deep depression. The staff grew concerned that his grief could prove fatal, and the bird was admitted to the Aviary hospital. By coincidence, a mural inside the facility contained a portrait of his mate, Mrs. Skippy. Believing the image on the wall was his deceased spouse, Skippy made a miraculous recovery. Currently, Skippy is retired, but he occasionally makes appearances. There’s an unconfirmed rumor that he watches reruns of “The Golden Gulls” in his spare time. —Mike May 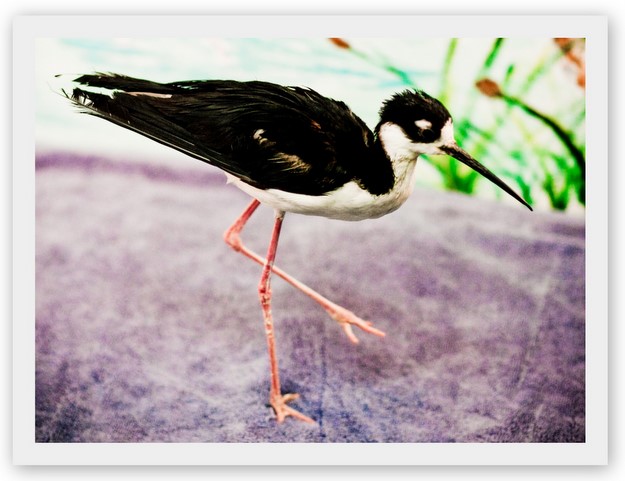 Best museum that used to be someone’s house

The Bayernhof Museum
If the words “Retro-Bavarian wonderland” ring your bell, the Bayernhof Museum will tap out the tones of “Edelweiss” on your heart. Part quirky estate museum, part music-lover’s paradise, this cul-de-sac collector’s palace is a shrine to industrial baron Charles Brown III’s eccentric tastes. Inside, his enviable, automatic musical-instrument collection (arguably one of the best in the country) floats in a busy stew of bizarrely opulent décors—ranging from David the Gnome to Strictly Ballroom—and are studded with custom architecture (hidden staircases, anyone?). Curator Tony Marsico doesn’t like reporters to spoil all the surprises of the two-hour, private tour, but we’ve been there six times and can’t wait to go back. —Celanie Polanick 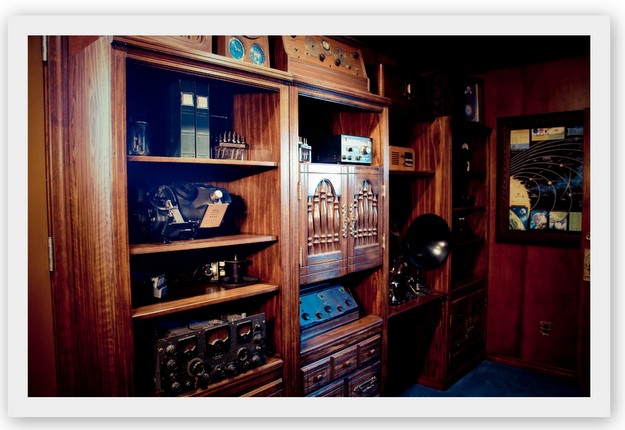 The annual “Teapots!” invitational exhibit at Morgan Contemporary Glass Gallery
If you’re still relying on the “I’m a Little Teapot” tune to form your descriptions about this object, then you haven’t seen the annual “Teapots!” show at Morgan Contemporary Glass Gallery. Not all teapots are short and stout—think: tall or slender, big or petite, figural or abstract (yes, the goat’s head above is a teapot). In addition to glass and ceramics, materials used by artists may include metal, wood and fiber. Gallery owner/director Amy Morgan has a challenge: “To explore the teapot form literally, metaphorically, narratively or abstractly.” More than 55 artists were invited to participate in the spring 2011 show, which was the fifth in the series—and brewed some amazing creativi-tea. —M.M.

Best place to see movies that are cheaper by the dozen

Carmike Maxi-Saver 12
With the cost of entertainment nowadays, your money can truly be gone with the wind. But plunk down a buck at the ticket counter of this South Hills multiplex, and you’ll get a penny back. There are 12 different movies from which to choose (occasionally, there may even be a baker’s dozen). Tickets cost 99 cents for everyone, at all times. With so many options, family feuds fueled by deciding what movie to see are greatly reduced because there’s virtually something for everyone. Another plus: free parking.  —M.M.

Penn State University’s THON
Strangely fitting that of all the ’70s dance parties, only THON survived. Had Steve Rubell channeled his talents toward a good cause the result might look something like Penn State’s annual dance marathon, which just happens to be the largest student philanthropy in the world. Since 1973 THON has raised more than $80 million for the fight against childhood cancer. In 2011 alone Penn Staters shook their groove thangs to the tune of $9.5 million. The event itself is beyond a club kid’s wildest dreams: a veritable ocean of twisting and shouting. Live acts are welcome (though space is limited), so those who prefer playing music to donning their boogie shoes can still contribute. Only students may dance, though anyone is eligible to donate. No velvet ropes here. —Nicholas Lewandowski 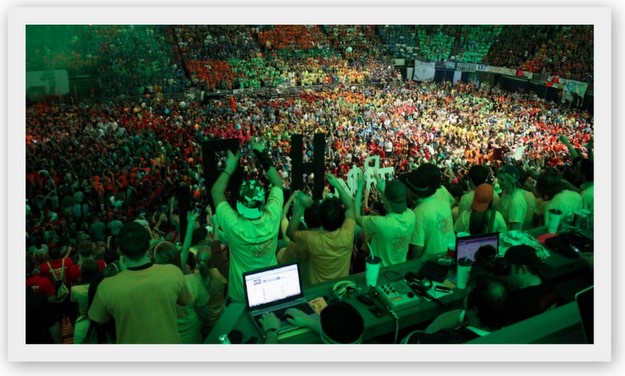 Dollar Bank Lions
Back in 2009, a 20-ton crane lifted a pair of lions from their perch downtown. These cats were especially old—138 years old, in fact—and especially large, weighing in at 9,000 pounds each. They belonged to Pittsburgh’s oldest bank, Dollar Bank on Fourth Avenue, and sat guard in front of the historic 1871 building since the Ulysses S. Grant administration. With great care, Golon Masonry Restoration Inc. & Sealants of West Mifflin used a crane and a flatbed trailer to transport the lions to Oberlin, Ohio, for careful restoration by the team at McKay Lodge Fine Arts Conservation Laboratory. When they return to their home, they will be placed inside the bank to be protected from the weather. After 13 decades, even the most ferocious, immortal lions get sick of the brutal Pittsburgh winters. —Sean Patrick Conboy 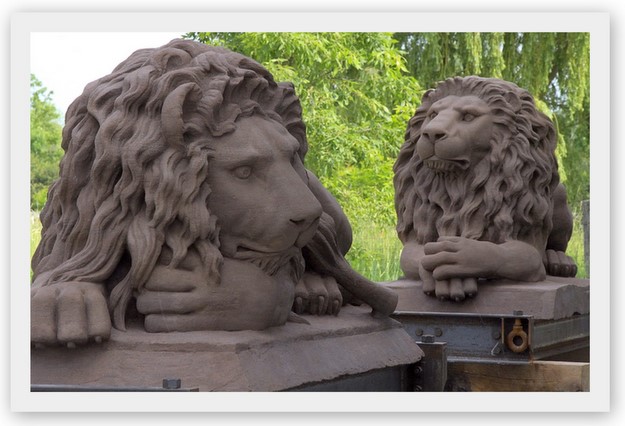 More Best of the ‘Burgh: 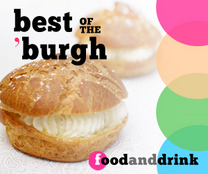 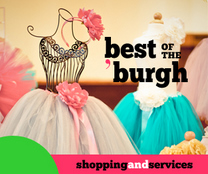 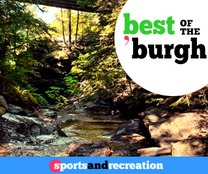 This article appears in the July 2011 issue of Pittsburgh Magazine.
Categories: Best of the ‘Burgh