Amy Baron Brourman added a second story to her Mid-Century Modern home on the grounds of the W.L. Mellon estate — while still remaining true to its history. 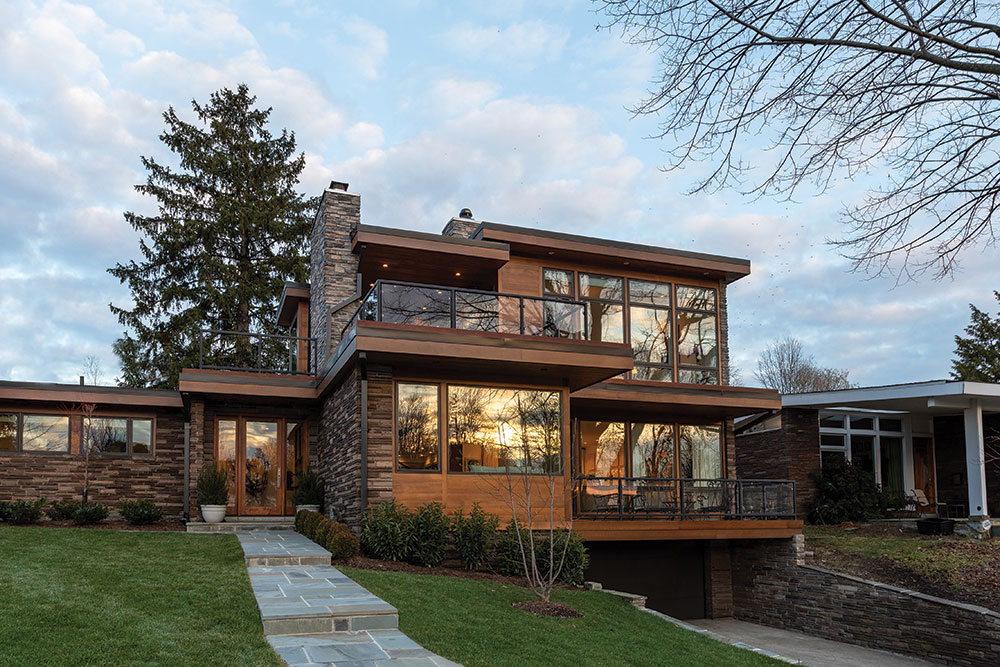 AFTER RENOVATION | PHOTOS BY TOM O’CONNOR

It’s a minimalist oasis that harkens back to a simpler time in more ways than one. 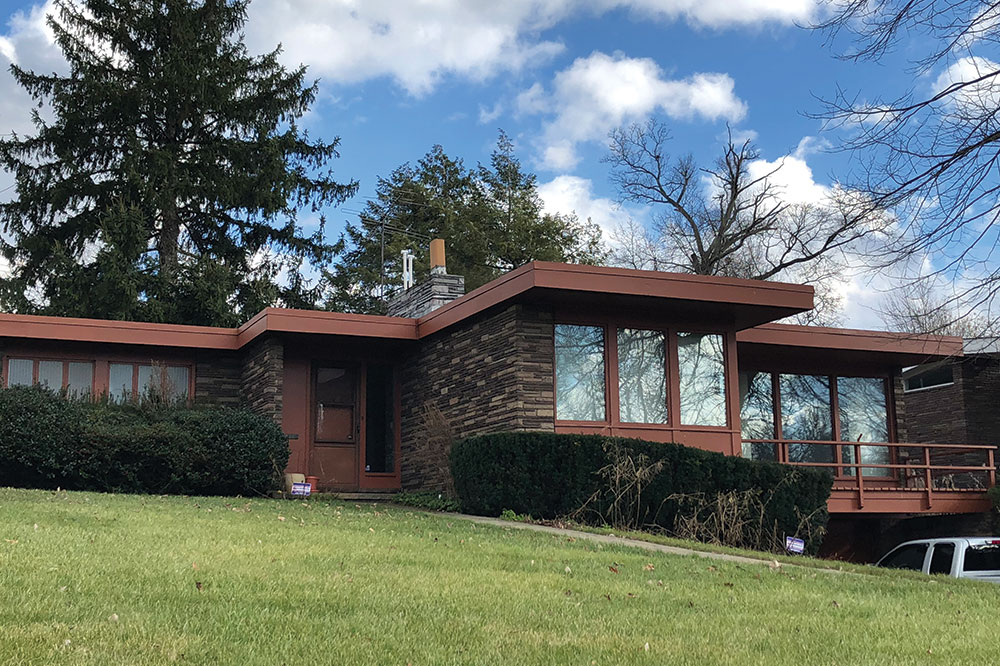 Amy Baron Brourman, who owns Samuel Baron Clothiers in Shadyside, purchased the property in 2018 and saw the potential to add an upstairs to take advantage of the views and open up the first floor to let in lots of natural light. She enlisted Wildman Chalmers Design in Pittsburgh (with a team including architects and designers Chad Chalmers, Heather Wildman, Sara Coax, Bill Baker and Jeff Blough) to help her update the 1950s structure she and her significant other now live in.

Just after buying the property, Brourman vacationed in Palm Springs, California, where she took a tour of Mid-Century Modern homes. She returned with an idea for how to make the exterior stand out while remaining true to its history, including keeping an original stone wall in the driveway.

“I came back and I said, ‘Chad, I want a completely cedar house with the stone and I want glass balconies.’ Everyone thought I was crazy. It has made it what it is.”

Chalmers says the cedar shiplap siding, which complements walnut cabinetry throughout the home, is appropriate for a Mid-Century Modern home. Combined with the stone wall outside, which has been restored, it’s a perfect juxtaposition of the old and the new.

“The wood itself and the stone are classic materials in this kind of a house. A lot of times [in Mid-Century Modern homes] they would use a lot of these materials, but with the technology of new horizontal siding, it brings a modern flair to it, modernizing the Mid-Century Modern,” Chalmers says. 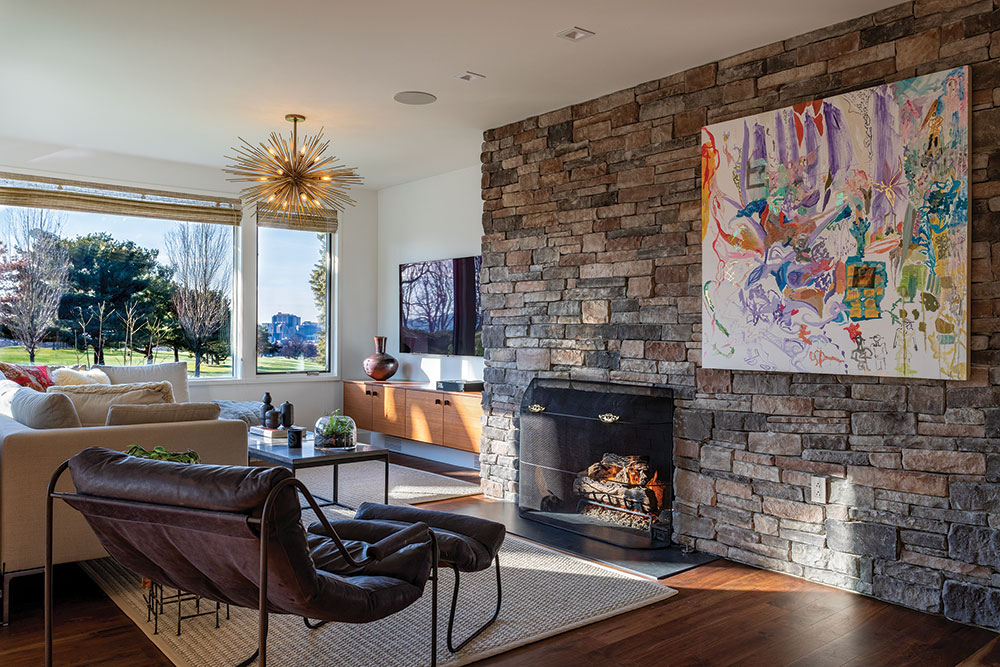 Judges named the home Best Renovated Home, Exterior, and were drawn to the “flawless execution” of the addition while keeping it true to the Mid-Century Modern style, says judge Stephanie Schill Hayden, a registered architect with Schill Architecture in Cleveland.

“The design was so seamless that it was hard to tell where the existing home ended and the addition began,” she says. “I loved the introduction of the cedar siding as well as the large windows used in the second-story addition to add height to the space.”

Chalmers says the design work took about six months and the build took approximately a year and a half as it was delayed due to the COVID-19 pandemic; availability of materials was a challenge. 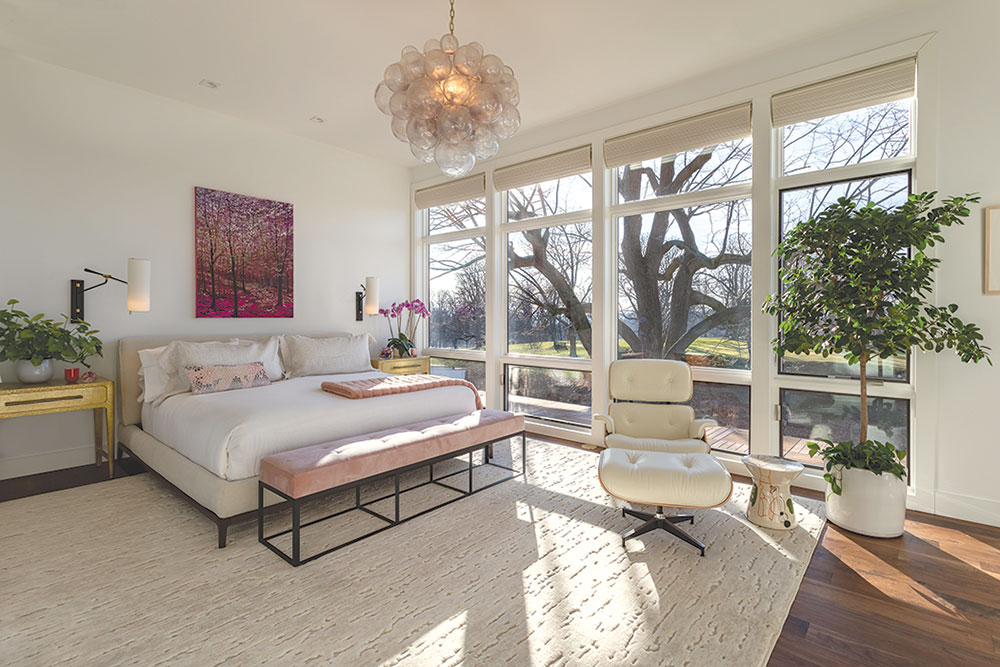 The second-story addition houses a master suite with a walk-in closet, laundry facilities, a cappuccino machine, a wine fridge, a cheese and fruit drawer, and an indoor/outdoor gas fireplace in between the master bedroom and the balcony.

The basement renovations included adding a stylish mudroom with porcelain slate flooring, a laundry room and a gym.

But renovating the main floor was perhaps the most work. Four load-bearing walls had to be removed to create an open floor plan. New beams were installed but were hidden in the ceiling, and one column was put in place. 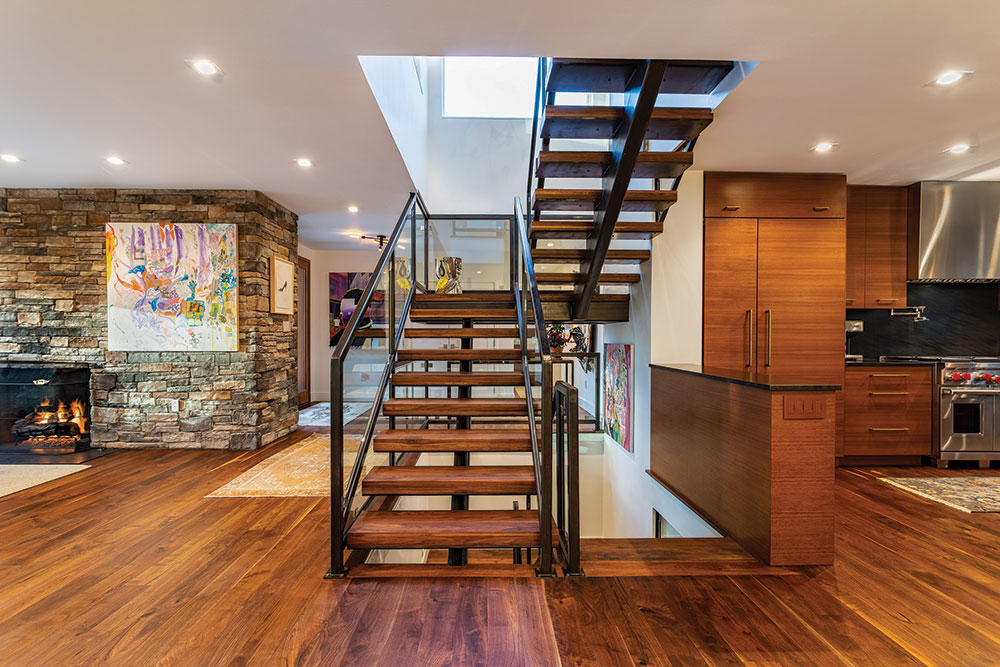 In the middle is a floating staircase made from walnut, steel and glass, which serves as a sculpture, window to the kitchen and centerpiece all at once.

“What I loved most about the floating staircase was that the glass let an ample amount of natural light flood into the living area and was a delicate architectural element in comparison to the rich wood tones found throughout the home,” says Hayden.

Brourman says her favorite part of her home, in addition to the stunning views she frequently enjoys in the evening with a cocktail from her balcony, is the kitchen.

“The kitchen is all of my dream appliances in one spot,” she says. “I’m wild about the waterfall countertop workspace in the middle.” 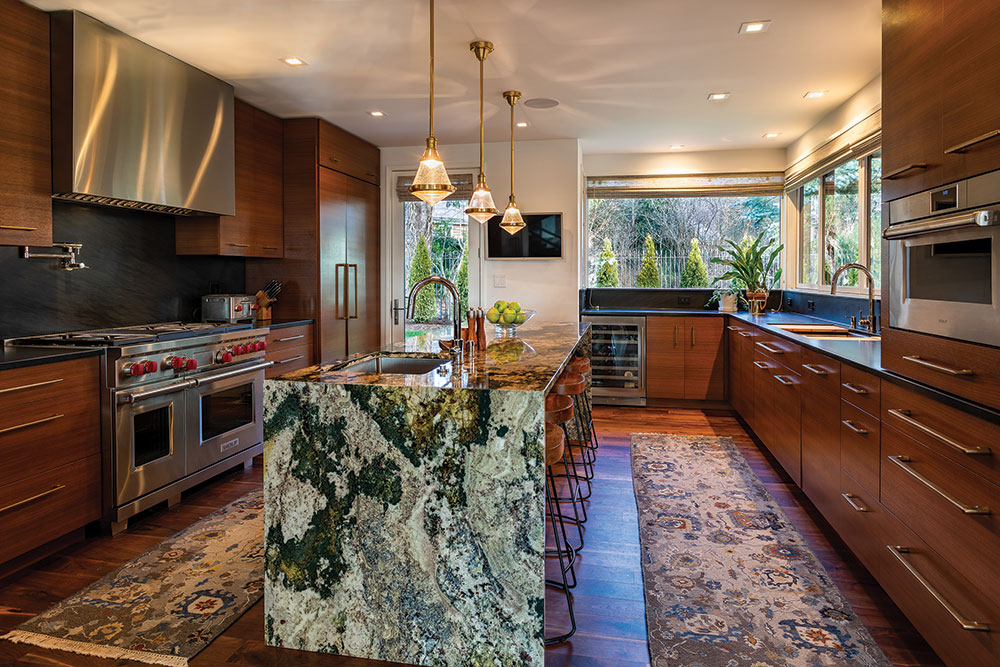 Sara Coax at Wildman Chalmers says the walnut cabinetry in the kitchen was also used in the mudroom as well as upstairs on the coffee bar and in the master bath.

“It doesn’t feel jarring as you move through the home,” she says. “Each space sort of moves on to the other one.”

Brourman, who previously lived in Fox Chapel, says she wanted a clean palate fitting with the Mid-Century Modern style.

“I literally expelled everything out of my life … all of my belongings, all of my antiques my grandparents and parents gave me and everything I grew up with because I wanted to be in a home where I could be very minimalist,” she says.

She did bring her art collection, including a number of drawings and illustrations by Andy Warhol (Brourman is on the board of The Andy Warhol Museum), paintings by Devan Shimoyama, Nicole Eisenman, Firelei Baez, Chloe Wise, Joaquin Navarro and Johnny Abrahams and a sculpture by Kennedy Yanko. There are also a few new works by Brourman’s daughter, multimedia artist Isabelle Baron Brourman. Isabelle Brourman also designed the wallpaper in the powder room, which was screen printed then finished with a 24-karat, double gold leaf overlay she applied herself.

“It’s so satisfying as an artist to have something that complete in someone’s home forever,” Isabelle Brourman says. “The house is such a fabulous piece, so I feel excited to have some skin in it.”

“All of my little details that I’m crazy about came together as it’s just a really great house that requires so little maintenance,” Amy Brourman says.

“Everything I wanted is here now.”