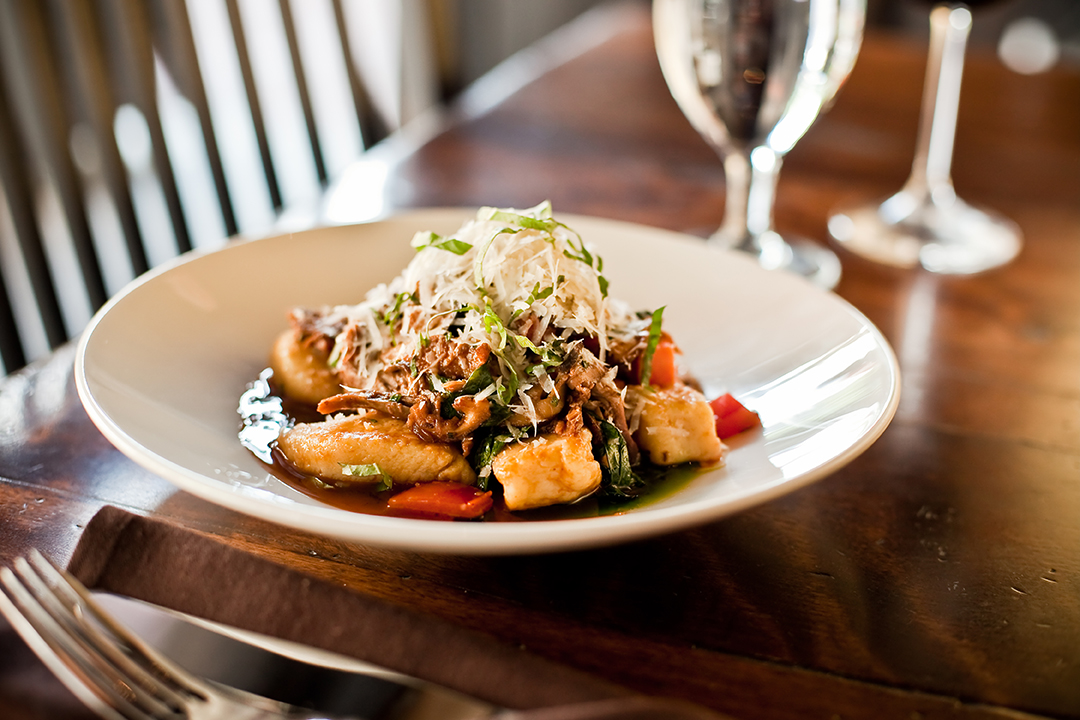 Chef Matthew Porco wins our hearts again with his perfect Italian-inspired fare at Sienna Sulla Piazza (Italian for “Sienna about the square”). With a relaxed, fun vibe and cool amber lighting, the bar scene rocks — but it’s the food that stands out. Find Italian classics featuring Porco’s sophisticated touch, such as the osso bucco or handmade ravioli with clams.

During Porco’s childhood, his father and uncles owned eateries in the Square, so he’s excited to work in the area he knows so well. “The first year of Sienna is going great — even better than I expected,” says Porco. “Market Square has taken back the busy, positive energy it had when I was growing up. I’ve even moved downtown myself.”

He notes that with increased weekend activity downtown, he’s now serving lunch on Saturdays. Porco compliments his team, particularly general manager Mike McCoy, for handling front-of-house tasks while he and his chefs perfect recipes in the kitchen.

So what should you order at Sienna?

“We are having fun with Italian food,” says Porco.  “I would encourage people to try my signature short ribs or any of the things we make a special effort to do in-house — curing our pancetta or making fresh Mozzarella, sausages and homemade pastas.”

Porco is no stranger to recognition. He received our Chef of the Year honor in 2010 while operating his former Aspinwall eatery, Mio Kitchen & Wine Bar (our 2008 Best New Restaurant). The next restaurant he’ll be involved with, Sienna Mercato, will fill three stories of “urban chic” space in the Cultural District and is slated to open in the fall. We have high hopes for his next venture.

This article appears in the June 2013 issue of Pittsburgh Magazine.
Categories: Best Restaurants, From the Magazine, Hot Reads