A review of "The Girl Without Hands," plus local movie news and notes. 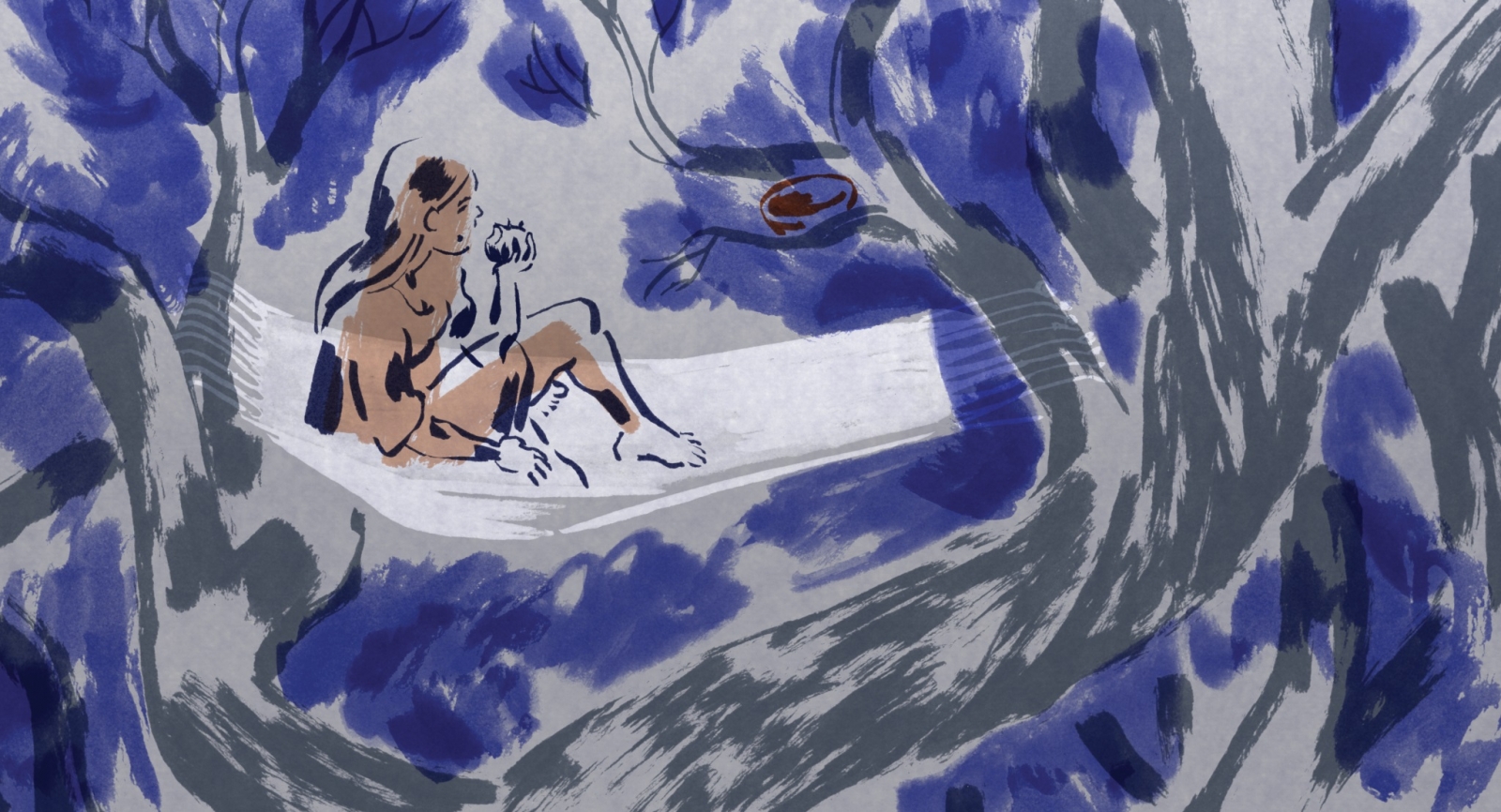 One of the most striking and memorable works of animation I’ve seen in recent years is the feature attraction of Row House Cinema's “Amazing French Animation” week. “The Girl Without Hands,” hand-drawn and entirely animated by Sébastien Laudenbach, is receiving its Pittsburgh premiere as part of the theater’s series; it has only played on a few screens nationwide.

The film is an adaptation of a lesser-known fairy tale in the Grimm canon; a poor miller makes a deal with a sinister demon, trading “what is behind [his] mill” for wealth and prosperity. Thinking that the demon refers only to an apple tree, he agrees; he returns to find that liquid gold now runs through his mill, but his daughter was sitting in the tree at the time of the exchange. After sacrificing her hands in an attempt to satisfy the demon’s demands, she strikes out on her own, seeking shelter and solace.

The story is troubling, stark and often lovely. The animation, however, is what will remain in the minds of viewers. The film’s characters are rendered as bold, undulating dashes of paint against watercolor backgrounds, shimmering and fading in and out of focus; many individual frames would not contain anything that resembled a human figure, the effect being achieved by the literal animation of the drawings.

The result is breathtaking, and often overwhelmingly beautiful — which stands in sharp contrast to the contextual violence and darkness often seen here. “The Girl Without Hands” is a constant collision of beauty and anger, commenting on war and sex, greed and love, fear and courage. (Needless to say, it is wholly inappropriate for children.) This is grown-up animation at its finest — both bold in theme and visionary in style.

“The Girl Without Hands” plays at Row House Cinema through Thursday, Sept. 7; it will screen with the delightful, Oscar-nominated “The Triplets of Belleville,” the striking memoir “Persepolis” and “April and the Extraordinary World.”

As you may have noticed, things are a little light as far as wide releases are concerned. The only debuts in town this week are the Sundance favorite “Patti Cake$” and the thriller “Valley of Bones.” This year’s wide release schedule was so light on August content that last weekend’s box office, topped by “The Hitman’s Bodyguard” in its second week of release, produced the lowest total return in more than 15 years.

This week isn’t likely to be much different, but stick around; the highly anticipated remake of Stephen King’s “IT” is due next Friday.

The Montage: Film Pittsburgh presents the local installment of the ReelAbilities Film Festival, featuring movies that spotlight the lives of individuals with disabilities, this week at Southside Works Cinema. The Pittsburgh version of the national fest includes three features and a shorts program, all area premieres, as well as a screening of the short “Woody’s Order!” by Pittsburgh native Ann Talman; the film, which explores Talman’s relationship with her brother, will be followed by a discussion with the filmmaker … Speaking of Row House Cinema, with a new month comes a new theme for Row House Midnight Edition. September’s theme is “Music on the Big Screen,” kicking off late this Saturday night with “Ziggy Stardust and the Spiders from Mars.” Come back later in the month for Pink Floyd, the Beastie Boys and The Band … For a new (and lauded) music documentary, though, head to Dormont. “Rumble: The Indians Who Rocked the World” explores the influence of Native Americans on pop-music history, featuring interviews with, like, everybody. It’s showing all week.