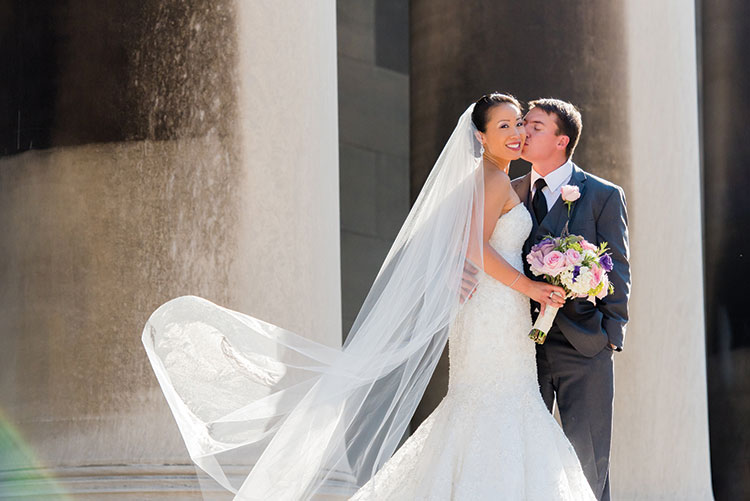 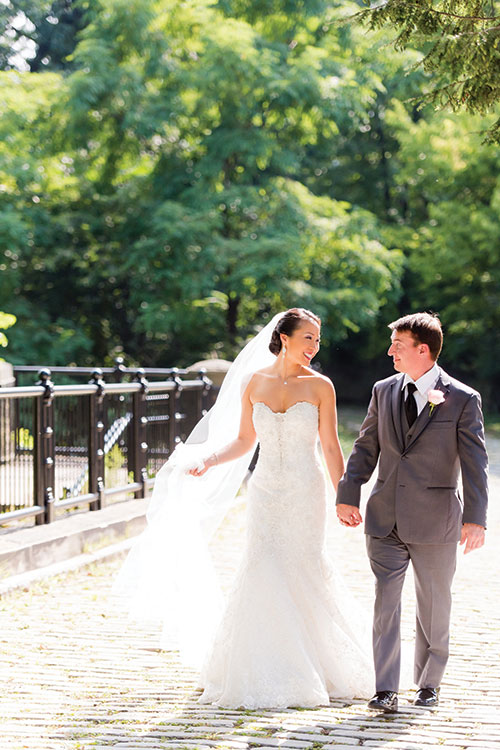 When Michael Met Karin.
As do so many couples in this wired world, Michael Hurey and Karin Wong met on the online dating site: Match.com. In 2012, Michael, a McCandless native, saw Karin’s profile and initiated contact; they met at Plum Pan-Asian Kitchen in Shadyside. Karin, a Canonsburg native, says she had a hunch Michael was the one because they had so much in common. Both had lived overseas and done a lot of international travel.

“I found him intriguing, as I had not met someone [who] traveled as extensively as I did,” Karin says. “Mike also seemed to have a level of maturity and carried himself so well.” 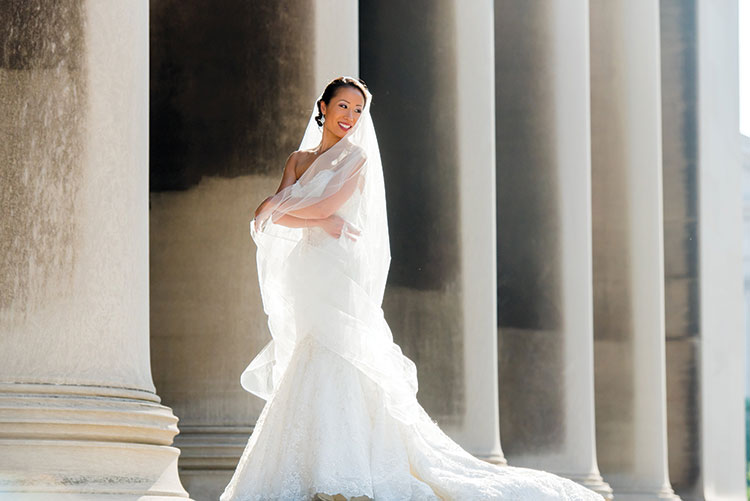 She Said Yes.
Taking a sunset walk on the beach may sound cliché, Karin says, but it’s certainly romantic. When Michael suggested such a stroll during a vacation in January 2016 to the Dominican Republic, Karin was hesitant — they had a massage appointment to get to later — but she agreed.

The couple strolled to a private area of the beach and sat for a while to watch the sunset. As Karin reached for her bag and said it was time to go, Michael said, “Hold on: There’s one more thing;” he dropped to one knee and proposed. Afterward, the newly engaged couple went back to their resort for massages and dinner before watching the Steelers-Bengals playoff game on a big screen by the pool with other fans who also had gathered. 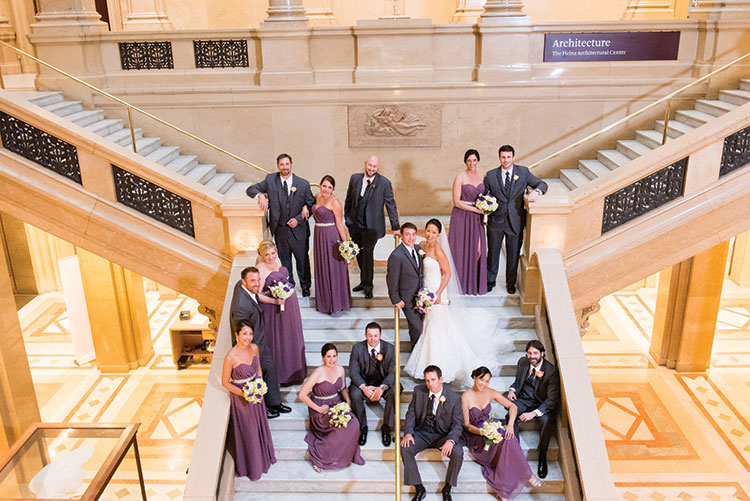 The Big Day.
Michael and Karin married in front of more than 200 guests in the Hall of Sculpture at the Carnegie Museum of Art. The wedding featured seven bridesmaids — including one man, Karin’s college friend — and six groomsmen.

When guests checked in, they received jungle-animal figurines spray-painted gold with their escort cards to encourage a “party-animal” environment. 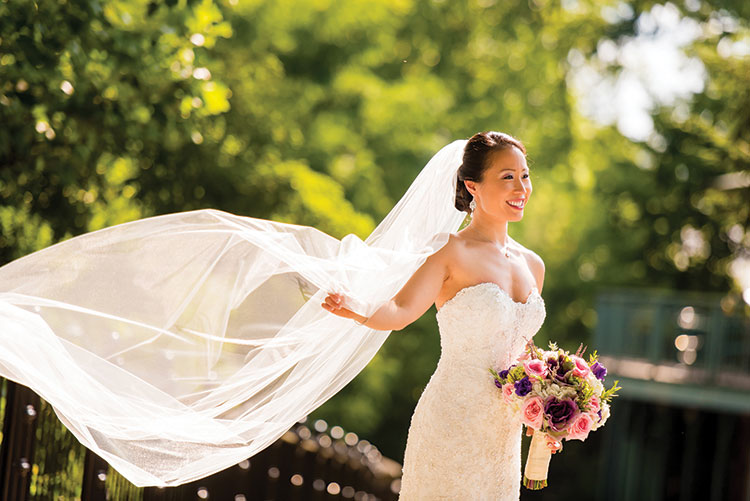 Happily Ever After.
The couple lives in a condo in Garfield and recently purchased a lot in Warrendale for a future house. Karin, 35, works at Highmark as a senior supplier-risk analyst; Michael, 37, is an engineer for Cabot Oil & Gas.