Be Naughty (or Nice) at The Warhol

Where does an award-winning drag queen meet Santa Claus? Only at a Warhol party. 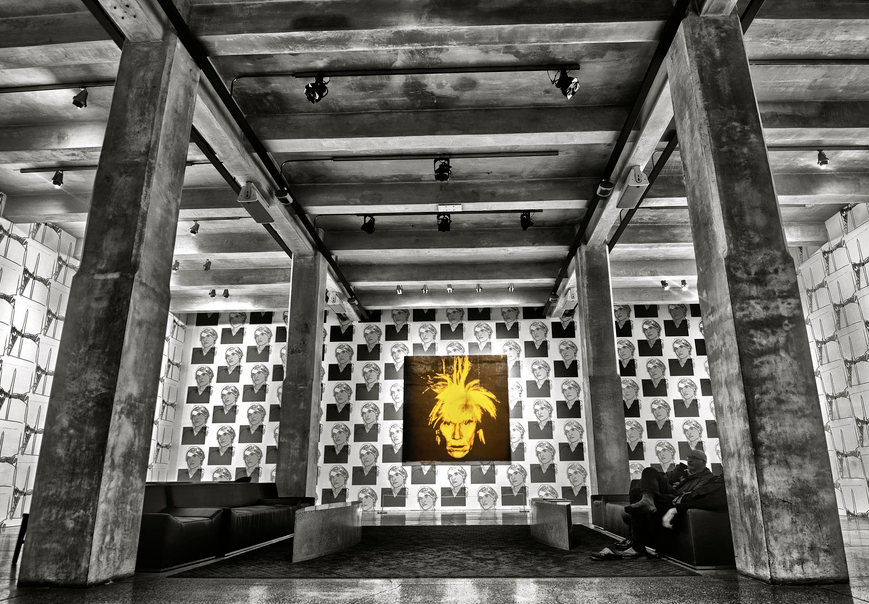 Stroll the museum with a drink in hand — a pair of complimentary beverages and hors d'oeuvres are included with your ticket — before Tracksploitation lures you out to the dance floor. You’ve got a long season of eggnog and sweaters ahead, so why not have some fun while you can?

Botany Meets "The Nutcracker"
If you’re looking for a more traditional holiday celebration — but with a twist — join Phipps Conservatory and Botanical Gardens, and Pittsburgh Ballet Theatre for “Poinsettias and Pointe Shoes” at the Phipps Glasshouse tomorrow, when Phipps’ Winter Flower Show and Winter Light Garden will feature not only a gracious showcasing of seasonal botany, but also various ballet vignettes from Terrance S. Orr’s The Nutcracker. You can even meet the Sugarplum Fairy herself! Snag a glass of wine at the café and venture into a winter wonderland.

Canton Comes to Pittsburgh (With Help From Lombardi)
As a Pittsburgher, you are born with the inalienable right to bask in pigskin glory. (Yes, even in the week following a loss to Cleveland.) And there’s no better place than the Sen. John Heinz History Center’s “Gridiron Glory” exhibit, featuring artifacts and exhibits from the Pro Football Hall of Fame. The entire history of America’s favorite sport is on display, from the 1800s to the present — and this week only, the exhibit will be graced with the presence of all six of the Steelers’ Lombardi trophies. You'll be forgiven if you lose an hour or two staring in motionless awe. Get the details in this week’s edition of After Dark!

In Theaters: New films coming to Pittsburgh this weekend are looking a little sparse. The Brad Pitt actioner Killing them Softly, also starring James Gandolfini, is the marquee release; behind that, it’s the acclaimed-but-dry Anna Karenina, this time with Keira Knightley, and where-were-you-in-October horror release The Collection. PM Film Editor Sean Collier recommends that you catch up on Lincoln or Flight this weekend. Anything but Twilight, really.

On Saturday, head to Frick Park for the first map and compass orienteering event ever hosted at one of Pittsburgh’s city parks. Just remember your compass, woodsy shoes and $5 to cover your map fee. Email jlwolfe@atlanticbb.net for more information.