Battle to the Top

Veteran bartender Nicole Battle continues a career of mentorship as the new president of the Pittsburgh chapter of the United States Bartenders Guild. 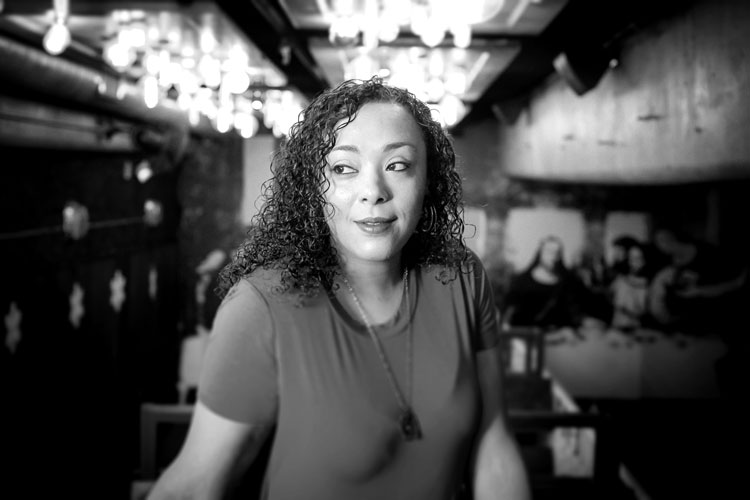 Nicole Battle’s longstanding friends in the Pittsburgh bartender community lovingly call her “Battle Axe.” The younger generation of bartenders, and even some of her friends, call the 39-year-old täkō head bartender “mama” or “mom.”

“I don’t know where that comes from but I’ve always been the person who is the big sister, the responsible one, the one who makes sure everyone gets home OK,” she says.

In January, Battle became the third president of the Pittsburgh chapter of the United States Bartender’s Guild. Election to that leadership position is a capstone in a bartending career that to date has spanned nearly 20 years. “When I first joined the USBG (in 2008), it made me realize that there was so much more to bartending than just waiting on customers. There is this amazing creative process that goes along with bartending, too,” Battle says.

Battle grew up in Shirley, Mass. and in 1997 followed her mother and sister to Pittsburgh. She picked up bartending shifts — her first job was at the now-closed Spaghetti Warehouse in the Strip District — to earn money while pursuing a photography degree at The Art Institute of Pittsburgh. Slinging drinks remained a means to an end for the next decade. Working for the big Burrito Restaurant Group, first at Mad Mex in Oakland and later at Kaya in the Strip District, changed her outlook about the job. 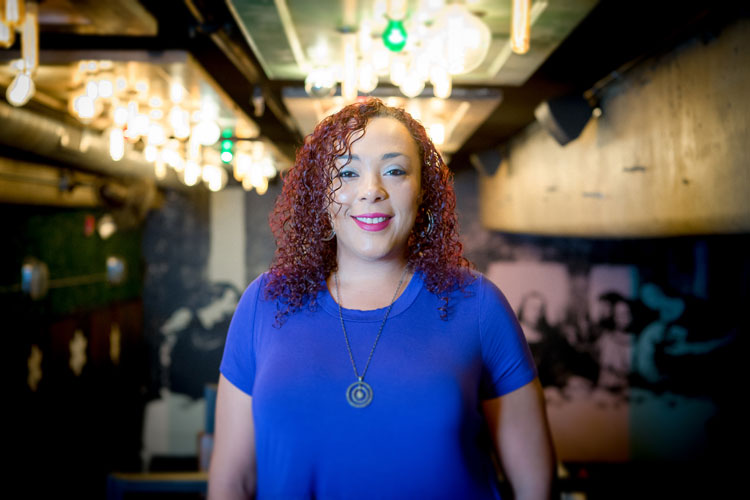 At Kaya she created her first custom cocktail, Drunken Pumpkin martini (pumpkin puree, tequila, agave nectar). “Looking back now, I’m like ‘Wow, you knew nothing.’ But at the time I was so proud of that drink. It was a good drink,” she says.

“That changed everything. The bubble popped. I knew this was what I wanted to do with my life,” Battle says.

After she returned, she crafted cocktails at Spoon in East Liberty with Pittsburgh bartending icons Sean Enright and Heather Perkins. “I love when people ask me for advice. But I also still feel like I still need advice. Those are some of the people I reach out to when I do,” she says.

Nowadays, though, she’s usually the one that people turn to for advice. As Guild president, head bartender and “mom,” she’s become a lynchpin in the Pittsburgh’s bartender community.

“I’m almost 40. Mentoring is what keeps me going. It’s my favorite part of this job right now,” she says.

This drink was inspired by a cocktail I had last fall in Rome at The Jerry Thomas Project. It’s a perfect cocktail for these winter months with its smoky and sweet flavor profile, and the addition of mezcal and chocolate. I love cassis so much. I’m always looking for ways to incorporate it into cocktails, and I think cassis and cacao are beautiful together.

Directions: Add all ingredients in a mixing glass with ice. Stir. Strain over large cube in a rocks glass. No garnish.

This article appears in the February 2017 issue of Pittsburgh Magazine.
Categories: Eat + Drink Features, From the Magazine