The rushed and sloppy superhero meetup isn't just disappointing; it's plain bad. Plus a review of "My Big Fat Greek Wedding 2" and more. 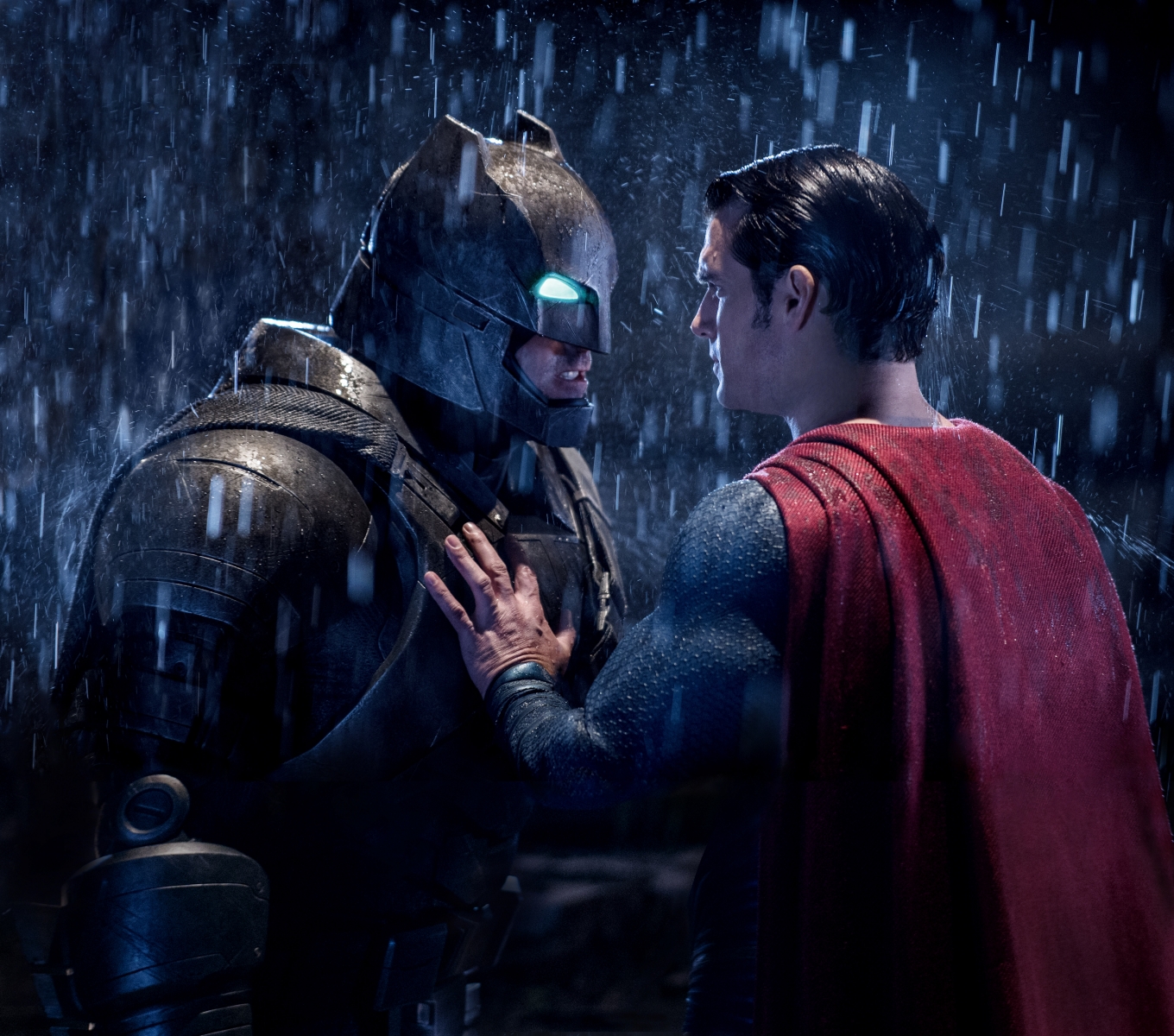 Batman v Superman: Dawn of Justice” is a bad movie.

It’s lacking in so many areas that it’s difficult to know where to start. DC Comics, working with Warner Bros., is striving to create an interconnected movie universe to rival that of Marvel; unfortunately, DC (the label of Superman, Batman, Wonder Woman, The Flash and others) must play catch-up, as Marvel (creators of Iron Man, the Fantastic Four, Spider-Man, The Incredible Hulk and many more) was seven films in by the time the first entry in DC’s series, 2013’s “Man of Steel,” was released.

That urgency evidently made DC and Warner feel that they needed to rush to a meeting between its two most iconic characters. As a result, “Batman v Superman” feels like the climax to a long series of movies that do not exist; the new Batman, played by Ben Affleck, and Wonder Woman, played by Gal Godot, show up as if we’re already familiar with these incarnations of the characters. And while both of those performers do decent work with the material they’re given, director Zack Snyder and writer David S. Goyer are trying to build the upper floors of a skyscraper without having first laid the foundation.

The film’s opening is promising: Bruce Wayne is horrified at the destruction brought on Metropolis by the battle waged by Superman and General Zod at the end of “Man of Steel.” He is wary of the power the alien from Krypton possesses, particularly in light of the thousands of lives lost during that skirmish. That solid premise is turned into a muddy soup, however, by the introduction of Lex Luthor (Jesse Eisenberg), who … honestly, I never really worked out exactly what Luthor wanted, other than to make the two heroes fight.

When the villain’s intentions are never really cleared up at any point in a 150-minute movie, you’ve got a bad script on your hands. (The fact that Eisenberg is laughably bad in the role doesn’t help, either.)

And while Henry Cavill has done well in other films, such as last summer’s “The Man From U.N.C.L.E.,” his Superman is a brooding, convictionless bore. Couple that with Warner and DC’s obsession with rendering their stories as dark, desperate tales and the resulting film is quite simply no fun — and even when they are more serious in tone, comic-book flicks need to be fun. Horror films need to be scary, action movies need to be thrilling and comic-book movies need to be fun.

The preceding review means that the best movie I’ll evaluate this week is “My Big Fat Greek Wedding 2.” I’m as shocked as you are. The comedy sequel is by no means a crowning achievement, but it’s pleasant and affirming with a handful of genuine laughs sprinkled throughout. The original film, released in 2002, remains the holder of an impressive record: With a domestic gross topping $241 million, it is the highest-grossing film never to reach the No. 1 spot in the box office charts. (It peaked at #2 a full five months into its run and held that position for four weeks.) It was the rare family-friendly, independent comedy to grow on word of mouth; writer and star Nia Vardalos clearly was aiming for the same segment of the moviegoing population here. I’m not sure how much call there was for a sequel 13 years after the fact — particularly in light of the failed TV sitcom spinoff that Vardalos created in 2003 — but I must admit that there’s something easy and likable about this film. The jokes are often cheap and many of the family members are one-note, but “Greek Wedding 2” also takes time to treat its older characters as real people — a rarity in Hollywood. It isn’t essential viewing, but I’d have a hard time criticizing it.

Playwright, actor and director John Cameron Mitchell — best-known as the creator of the moving, essential musical “Hedwig and the Angry Inch” and its cult-classic film adaptation — is in town this weekend for a pair of events. Tonight, he’ll introduce “Shortbus,” his directorial follow-up to “Hedwig,” at Row House Cinema; the touching comedy about sexual awakenings and complicated relationships is decidedly adult and often profound. Tickets are here. Tomorrow, Mitchell will screen “Hedwig” at the Ace Hotel Pittsburgh; the film will be followed by a local recreation of his legendary dance party, Mattachine. Tickets for the Ace Hotel events can be found here.

The Montage: If you’ve finished your binge of “House of Cards” and find yourself missing Robin Wright, head to Regent Square Theater this Sunday night; for the third consecutive year, they’re hosting an Easter-night screening of “The Princess Bride.” Tickets and info here . . . It’s Film Noir week at Row House Cinema, with showings of “Chinatown,” “Touch of Evil,” “The Maltese Falcon” and “Brick” on the schedule. If you missed the latter-day noir “Brick,” starring Joseph Gordon-Levitt and set in a sinister high school, now is a fine time to catch up to it . . . Kill some time before Pirates season starts next Sunday with “Fastball,” a documentary on the game’s most ferocious pitch. It’s showing at the Harris Theater; click here for info and tickets.