The festival aims to honor the interconnected and important sectors of Black arts. 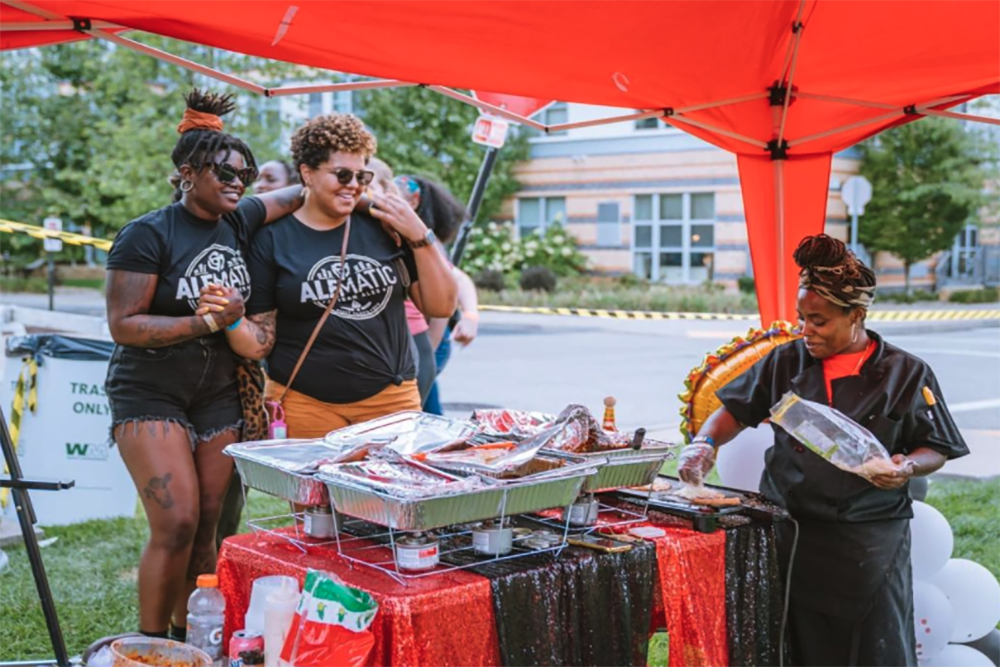 Barrel & Flow Fest announced that it will bring a weekend of beer, art and community to the Strip District in August, celebrating Black arts and Black contributions to the brewing scene.

The festival’s new location, The Stacks at 3 Crossings, incorporates three renovated warehouse bays into a LEED-certified redevelopment project on the northeast corner of 29th and Railroad streets. The last Barrel & Flow festival was held at SouthSide Works in September 2021.

“The transformation from an industrial past to a thriving present inspires us to integrate our own message alongside this growth as we help welcome a new age for the Black community,” reads a press release for the event. “The open-air plaza allows us the space to showcase Black beer, art and music against the backdrop of a revitalized riverfront while maintaining health and safety protocols.”

The event will take place over three days in August. On Friday, Aug. 12, there will be a daylong conference featuring panels, classes and symposiums followed by what the press release calls “the festival’s best-kept secret” — the Friday evening bottle share.

The beer and arts festival is on Saturday, Aug. 13, from noon until 9 p.m. It will feature more than 75 breweries, 50 collaborations, 75 vendors and dozens of artists and musicians.

The festival concludes on Sunday, Aug. 14, with beer and food pairings at the Sunday Brewers Brunch.

Festival organizers also say visitors can expect a lot from this year’s festival, including exclusive collaborations to celebrate Black breweries, popular deejays and bands, job and networking opportunities and a “uniquely curated collection of vendors” in the Freshest Market.

“As the Allegheny River flows, so does the festival, with the best Black breweries from across the country, an unmatched collection of collaboration beers, award-winning performers and emerging artists and musicians ready to rise with a new Black renaissance,” the release says.

Tickets will go on sale March 1.