The Strip District restaurant's beverage director is an evangelist for natural wine. 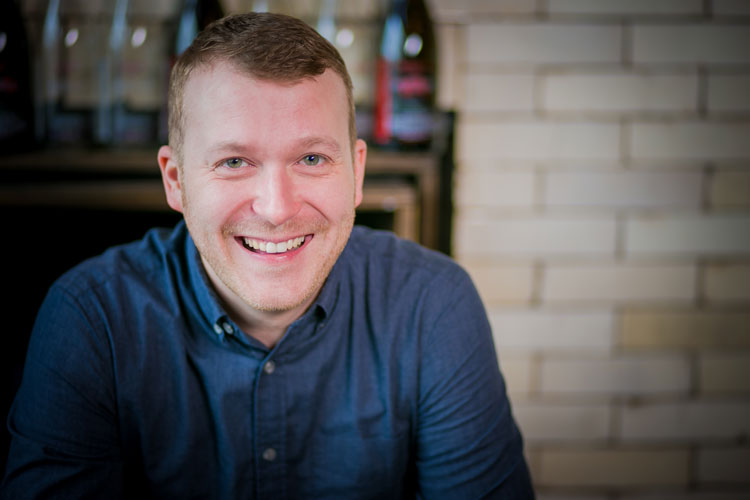 In wine-geek parlance, “glou-glou” is shorthand for a bottle of something well-produced yet easy to drink. In Pittsburgh parlance, DomSomm is shorthand for Dominic Fiore, the Bar Marco beverage director who knows his way around those wines.

Fiore is a champion of a wine category known as “natural,” meaning that the bottles are produced with grapes grown with organic, minimal-input (and often biodynamic) practices and fermented with naturally occurring yeasts.

“When you think of wine, you think of [the environment grapes are grown in]. What better way to encompass that than with wild yeast? With no spraying — working with nature and letting the wine truly express itself for what it is,” he says.

To that end, Fiore’s wine program at Bar Marco is a curated expression of his near-obsession with natural wines. “I always want to have new stuff here. I reprint the by-the-glass list two or three times a week,” he says.

Fiore, 29, got his first service industry job when he was 15, bussing tables at The Boathouse restaurant in Boardman, Ohio. “I thought it was the most important job ever,” he says.

Non-stop hustle is signature to his success. He enrolled at the prestigious Culinary Institute of America in Hyde Park, N.Y., when he was 18, eventually earning an associate’s degree in culinary arts and bachelor’s degree in hospitality management. While there, he took a mandatory class called “Wine 101.” “Most people don’t like the class because it’s a lot of memorization,” Fiore says. “It was like fireworks going off in my brain.”

While a student, Fiore worked Mondays at Cafe Boulud, an Upper East Side outpost by celebrated chef and restaurateur Daniel Boulud. Although he was an assistant captain (basically, a backwaiter), Fiore’s hustle — and his newfound obsession with wine — made him the restaurant’s unofficial assistant sommelier; he even ran the floor when the actual sommelier was traveling.

The higher-ups noticed his hard work. When Fiore applied for a full-time job with the restaurant group, he was offered a position as an assistant sommelier at their flagship restaurant, Daniel. “I was 23 years old. At the time this was the [San Pellegrino’s] 24th Best Restaurant in the World. Are you sure you got the right guy?”

Two years later, burned out, Fiore returned to Youngstown. “What do I do now? You feel like you failed,” he says.

He helped some pals open a restaurant called Magic Tree Pub & Eatery, yet the pull toward fine dining still was strong. Fiore figured he could give it a go in either Cleveland or Pittsburgh. He chose Pittsburgh, mostly on a whim, even though he didn’t know a soul. 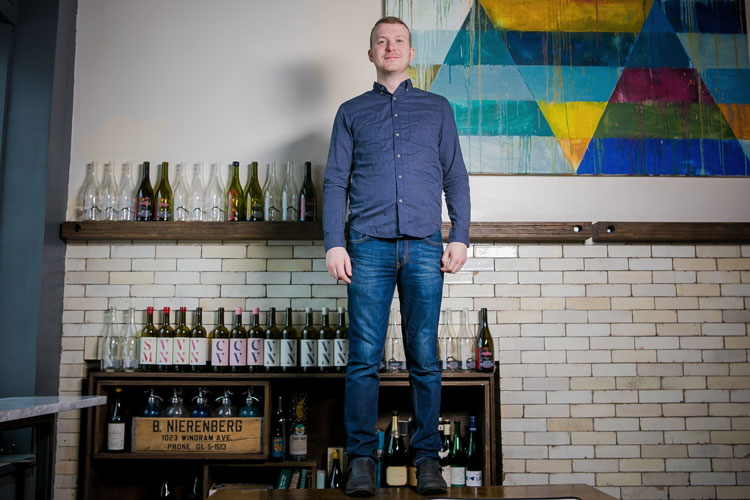 Fiore worked at a couple of picture window restaurants on Grandview Avenue in Mt. Washington. The views were lovely, but customers weren’t particularly open-minded when it came to wine selection.

He liked hanging out at Bar Marco, which at the time was known for its name-your-own cocktail program. It didn’t have a formal wine list, although, thanks to a former sommelier, Sarah Thomas (now of Le Bernardin), “there were all these bottles that were really cool,” he says.

Fiore was hired as a server but, as time went by, helped reintroduce pairings in the Wine Room at the establishment and turn Bar Marco into a destination for drinkers of funky, bright, sometimes effervescent and always intriguing wines.

“People come here to step out of their comfort zone a bit. And they know they’ll be OK here when they do,” he says.

This article appears in the May 2018 issue of Pittsburgh Magazine.
Categories: Eat + Drink Features