The downtown bar and restaurant is the perfect place to unwind after a day under the summer sun. 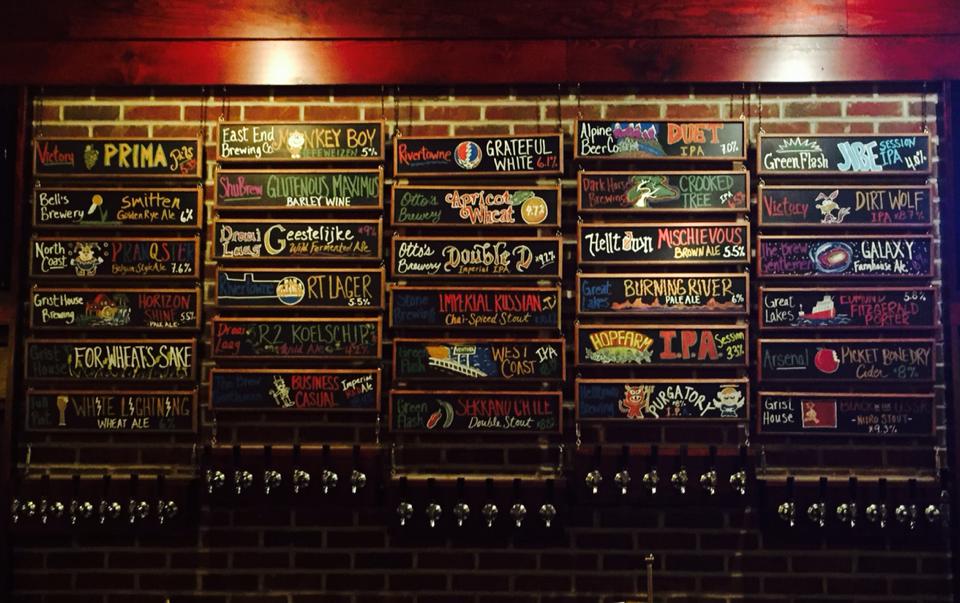 As is the case every summer, there are many great events that will draw you downtown in the coming months. Of course, a good number of those will take place partially or entirely outdoors — festivals, Pirates games, concerts and more. This is as it should be; after all, we have a good chunk of each year during which it is unwise — nay, masochistic — to be outside for more than a few moments.

And yet, if you’re like me, you may not actually be particularly fond of spending a great deal of time in the open air. Don’t let the more outdoorsy types among us bully you; some of us just prefer, say, couches and air conditioning. It’s a matter of preference and nothing more.

For those of you, you may want to combine a mostly-outdoor trip downtown with an activity that will bring you back within four walls. My recommendation: Hop over to Seventh Avenue and spend some quality time at Proper Brick Oven & Tap Room.

The restaurant, which opened in August 2013 in the former site of Tambellini Seventh Street Ristorante, wouldn’t be out of place in New York or London. A long, narrow room is lined on one side by a row of tables facing comfortable, booth-style seating on the wall and on the other by a bar with ample seating (which curls, at the building’s front, around the titular oven). An effortlessly-groovy, unobtrusive soundtrack mingles with relatively low lighting to invite patrons to linger at any time of day.

The emphasis on beer in Proper’s name should clue you in: The beer list is impressive. Inevitably, IPAs and other ales are dominant on the list but not overwhelming; pilsners and a number of summer selections are present to help those coming out of the sun to cool off, and a respectable quartet of stouts holds fast against seasonal convention. Local breweries are well-represented; during my visit, offerings from Spoonwood Brewing Co., Helltown Brewing, Draai Laag Brewing and more were on tap.

Don’t let that convince you that this simply is a beer joint, however; a robust wine list and several signature cocktails will keep less-hoppy guests happy. (I was tempted to forego the beer and order a Limoncello Collins. Next time.)

As to that oven: This is a place that will make pizza snobs very happy. Toppings, cheese and bread operate in perfect balance to form pies that are filling without being overwhelming, flavorful without being ostentatious. Sandwiches and refined bar-food staples round out the menu; I’d be remiss if I didn’t mention the “Bacon Candy” app, the best reason I’ve yet found to keep our nation’s collective baconmania alive.

In short: Proper is a fine and satisfying bar and restaurant. It could be a pre-theater destination, a happy-hour stopping point or an indulgent lunch escape. But if you find yourself on city streets under the summer sun in the coming weeks, don’t be ashamed of your desire for shelter. Lead your friends to Seventh Street, and all will be well.