"Bad Moms" and a Bad "Bourne" Make For a Rough Weekend

Reviews of "Jason Bourne" and "Bad Moms," plus local movie news and notes. 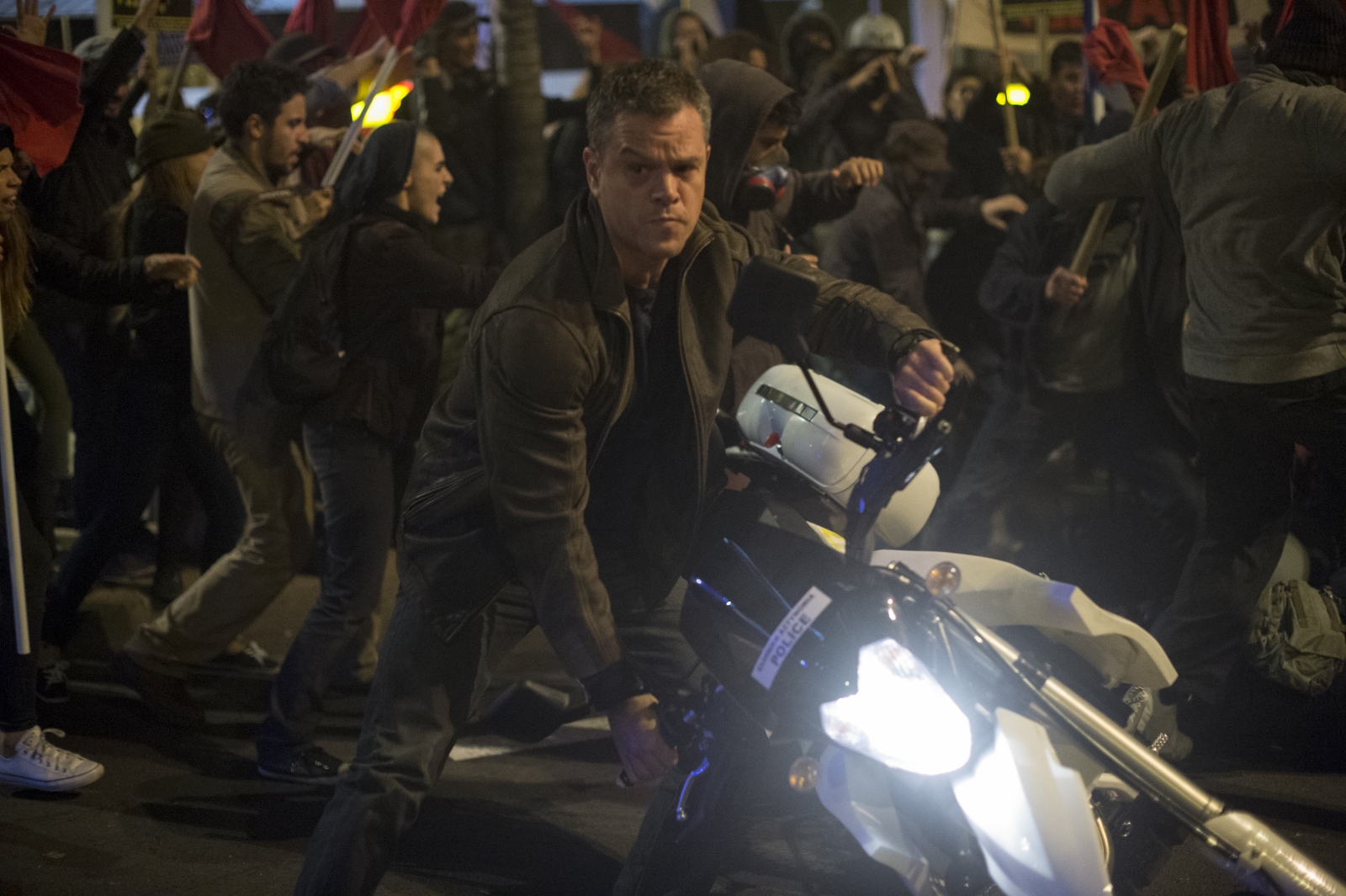 Here, let me tell you everything I can remember about the storyline in the “Bourne” franchise. Know that I have now seen somewhere between three and five of these films over the past decade and a half, one of them in the past 48 hours.

Here’s what I have: There’s this spy, Jason Bourne. Only one day he woke up with no memory, I guess? But he knew he had super spy powers, and found it very easy to beat people up. At some point, a sympathetic … umm, person decided to help him evade capture, because the CIA (I think) wanted to make him a spy again and/or kill him, maybe?

And he was generally fairly successful at evading capture.

Then there was another movie with Jeremy Renner instead of Matt Damon. Later, Bourne decided he wanted to know what had happened in his past, and the CIA (I think) still wanted to reclaim and/or kill him.

That is literally everything I remember. And it is entirely possible that some of those plot points are actually from “Mission: Impossible” movies.

I know that the “Bourne” films have serious devotees, and many are excited about the series’ latest installment, simply called “Jason Bourne.” But the appeal is lost on me; the action in these films, shot frenetically and choreographed with a slavish devotion to a fractured realism, doesn’t have the flair of the “Bond” series or the artistry of great Asian combat scenes. The story, as should be clear from the above description, doesn’t grab me. Even the performances — while all generally unimpeachable — occur exclusively with stony-faced reticence.

This is a globetrotting series of (purported) thrillers; this is when it’s okay to go over the top.

So I must admit I found nothing but boredom in the latest installment. Aside from Bourne searching out the truth about his past (again), there’s a thinly-attached subplot about government meddling with social media — a Facebook stand-in refuses to cooperate with the CIA — but it is an afterthought at best. And while Damon, Tommy Lee Jones, Alicia Vikander and Vincent Cassel all give worthy turns, there’s just not enough meat to them to keep things interesting.

I’d imagine that fans of the series will find whatever they liked before here in enough quantities to warrant a ticket purchase, but I can’t truly endorse it for anyone but diehards. My only solace is the knowledge that I’ll likely forget this sleepy mess as quickly as I forgot its predecessors.

The kindest thing I can say about the new comedy “Bad Moms” this week, then, is that it’s not necessarily any worse than “Jason Bourne.” But it’s definitely not any better. The message of the film, about overworked mothers and the fallibility of parents, is a fine one; the cast, led by Mila Kunis, Kristen Bell and the underappreciated Kathryn Hahn, is fine. But the script, by “Hangover” writers Jon Lucas and Scott Moore (who also directed this film, their second effort behind the camera), is low on genuine laughs and high on nonsensical plot developments. Despite being nominally about the gradual acceptance of one’s flaws and the need for compromise and cooperation in the rearing of children, the movie seems to get bored with relevant subject matter and eventually diverts into a zany subplot-turned-plot about the moms launching a hostile takeover of the PTA. It’s a development more out of a “Police Academy” film than a smart (or even palatable) comedy, and Lucas and Moore do not have the skill to pull it off. Hahn and Bell especially manage to coax a few laughs by virtue of their admirable skill as comic performers, but those limited highlights (and small roles by Wanda Sykes and a surprise B-list cameo) aren’t nearly enough to make “Bad Moms” a good movie. (You thought I was above riffing on the title? I certainly am not.)

The Montage: For the first time, JFilm: The Pittsburgh Jewish Film Forum will partner with longtime festival organizers Pittsburgh Filmmakers and the Pittsburgh Center for the Arts to present this year’s 3 Rivers Film Fest. Both the annual JFilm Fest and 3RFF have continued to grow in recent years, with both expanding to more venues. Dates for this year’s festival have not yet been announced; last year’s took place in November … It’s Coen Brothers Week at Row House Cinema, as the Lawrenceville theater presents “The Big Lebowski,” “Raising Arizona,” “Burn After Reading” and “No Country For Old Men.” “Lebowski” is a frequent Row House choice, always packing the small room, and “Raising Arizona” was one of the first films the theater presented … The Hollywood Theater has sold out two showings of “Purple Rain” tonight, but they’re hosting one more party in honor of Prince’s big-screen creation on Sunday. Don’t wait to get tickets.