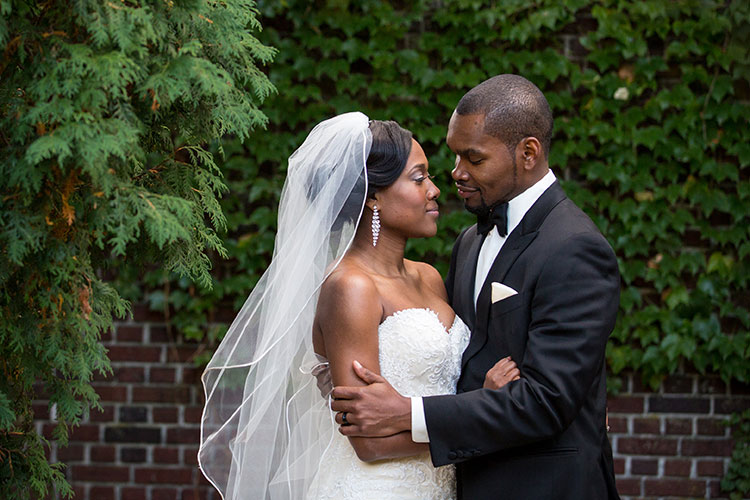 photos by Weddings by Alisa 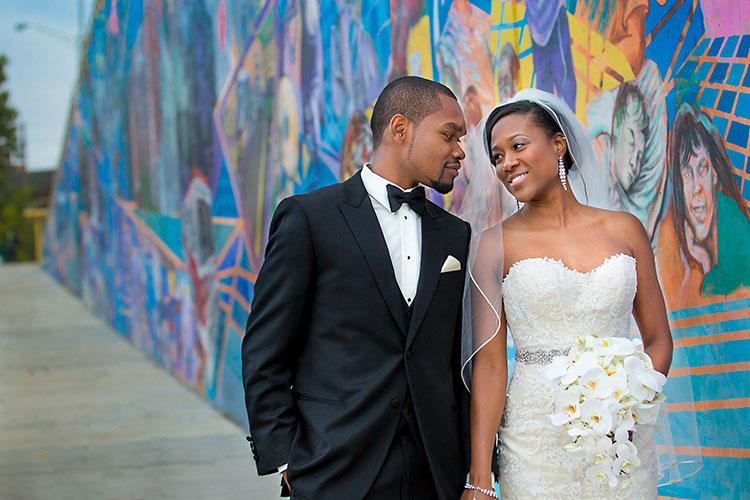 When Riccardy Met Alicia.
Riccardy Volcy says he realized he wanted to marry Alicia Crumbley during their first encounter.

In fall 2007, they both were students at Florida A&M University School of Architecture. Alicia approached him and asked him to buy a ticket for a car wash her professional fraternity was hosting. He told her he didn’t have cash but would come back later. He did come back, and he eventually joined her fraternity.

They started dating, and when Alicia graduated and moved to Atlanta, they continued their relationship long-distance for three years. The pair ended up in Pittsburgh when they both were accepted to the UDream program at Carnegie Mellon University’s School of Architecture and were eventually offered full-time positions at local architecture firms. 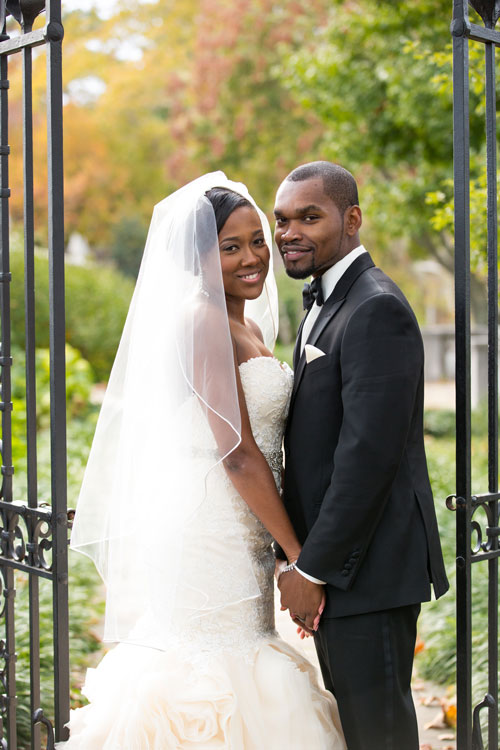 She Said Yes.
After living in Pittsburgh for a year, Alicia and Riccardy bought a fixer-upper in Regent Square and spent six months renovating it. When the house was finished, Alicia invited her family for a first visit to the couple’s new city.

On a cold April day in Frick Park, Riccardy hired a photographer to take pictures of everyone, then he told Alicia he wanted the two of them to take a few alone. He suggested a different pose, getting down on one knee and asking Alicia to marry him while presenting her with a custom-designed ring. She said yes as all of her family members cheered. 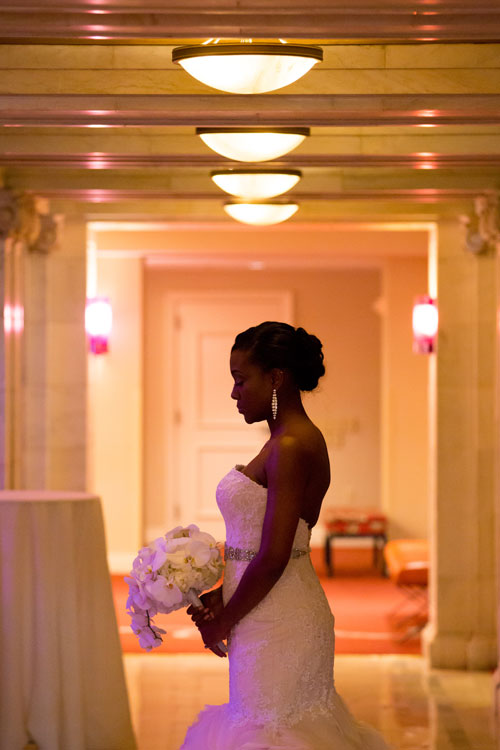 The Big Day.
Because Alicia grew up in Florida and Riccardy was born in Haiti, they had a wedding full of out-of-town guests and cultural customs.

The couple jumped the broom, an African custom in which the couple jumps from one side of a broom to the other to signify they are one in their new life. They also served Caribbean-inspired food and Haitian-rum cocktails.

Before the ceremony, the couple met for a “first touch” in Alicia’s hotel room, where they stood on opposite sides of a wall, holding hands without looking at each other. “All the planning and all of the stress brought us to the moment,” Alicia says. 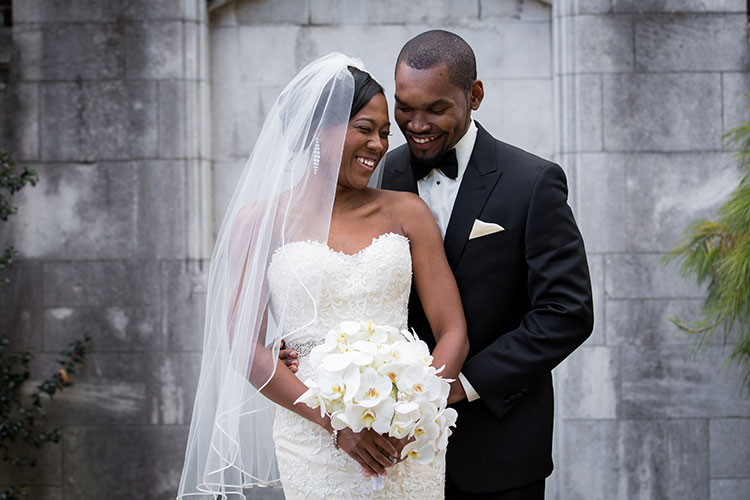 Happily Ever After.
Alicia, 31, is a project architect for Massaro Design Build, LLP, and Riccardy, 28, is a project engineer for Massaro Construction Management Services, LLC. After their wedding, they honeymooned in Costa Rica.