What happens from here will resonate far beyond whether the season can be salvaged. 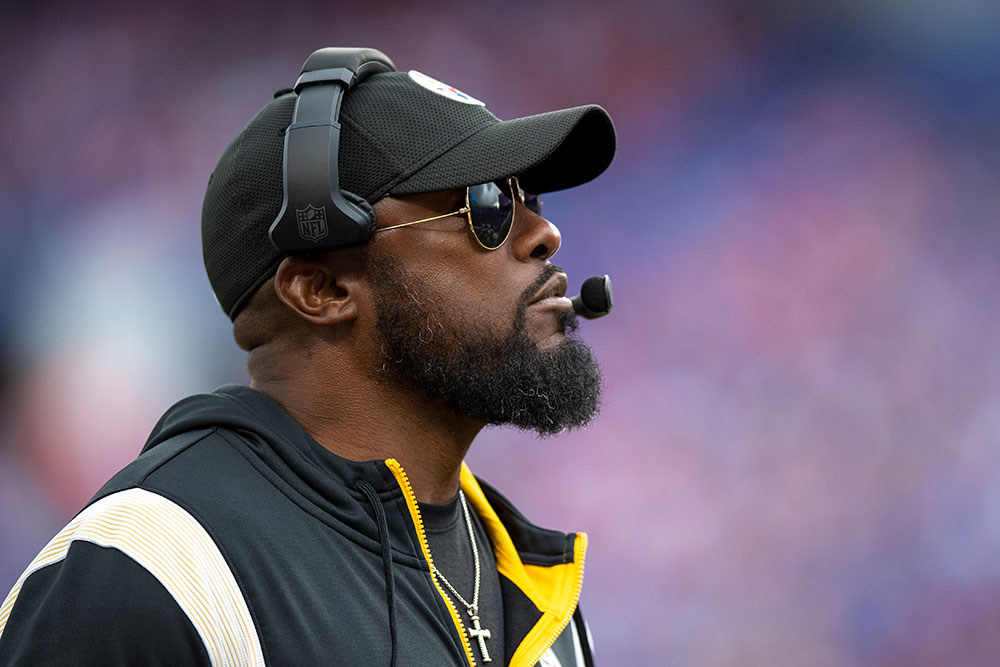 The response to 38-3 and 1-4 has been predictable in that the noise has included passionate calls from the masses for Mike Tomlin’s job.

That’s always the case when the Steelers struggle for a stretch, or even when they lose a game.

As fan bases are concerned, there’s a fine line between passionate and spoiled, especially as it relates to Steeler Nation.

Except this time what can normally be perceived and dismissed as inane complaining for complaining’s sake seemingly has some legs.

When you’re coming off the worst loss of the Tomlin Era and the worst for the franchise since a 51-0 drubbing in 1989, the masses will be after more than the offensive coordinator’s scalp.

And this time the masses might actually have a point.

Tomlin appears destined for his first losing season in 16 as the head coach of the Steelers.

That had to happen eventually.

Even Bill Belichick had one of those a couple of seasons ago.

The bigger issue is the direction in which the post-Ben Roethlisberger Steelers may be headed.

They made the playoffs seven times in the last 11 seasons of the Big Ben Era, the 11 that followed the 31-25 loss to Green Bay in Super Bowl XLV (the game that denied Tomlin a second Lombardi Trophy).

But even with Roethlisberger, the Steelers managed just three postseason victories in that 11-year stretch.

Tomlin deserves an asterisk for 2019 when he lost Roethlisberger halfway through the second game, and for last season, when the organization knowingly hoped for the best while trying to shove the square peg that was a diminished Roethlisberger entering what would be the final season of his career into the round hole that was first-year offensive coordinator Matt Canada’s new offense.

This season, likewise, arrived with an appreciation of less-than-ideal circumstances.

The Steelers knew they’d transitioning from Roethlisberger to Mitch Trubisky and, at some undetermined point, to Kenny Pickett at QB, and that the ride might get bumpy at times.

The Blowout in Buffalo graphically revealed how far away the Steelers are from fielding a Super Bowl-caliber team (much as the 42-21 playoff loss at Kansas City had done at the conclusion of last season).

The rest of this season will shed a defining light on whether the direction in which they’re heading will result in them becoming that again eventually.

Canada’s role in and perceived responsibility for where they are at present has been a thunderous part of the narrative and might soon become even more of a distraction.

That vote of no confidence will resonate if the Steelers fall to 1-7 after playing Tampa Bay, Miami and Buffalo over the next three weeks and continue to avoid the end zone while doing so.

And at that point, it’ll get really interesting.

The schedule is more forgiving on the other side of the current four-game gauntlet that began with the Blowout in Buffalo.

But at some point you have to win some games no matter who you’re playing.

It’s plausible to envision a post-bye resurgence that prevents the season from falling into the abyss.

Pickett is capable of growing into the job.

The young skill-position players from whom so much was anticipated, Najee Harris, George Pickens, Chase Claypool, Pat Freiermuth and Diontae Johnson, specifically, are capable of developing into a core upon which the team can be built around moving forward.

And the defense, drastically overrated by Tomlin when he announced his preseason expectations for dominance, will presumably at least achieve competence upon the eventual return of T.J. Watt.

If that stuff happens and a train wreck is averted, it’ll confirm Tomlin still hasn’t lost his touch.

But if the “respectability” Tomlin acknowledged the Steelers are initially trying to recapture from their present state of disarray proves beyond their grasp, the noise will get louder than it’s ever been.

Loud enough that it might be impossible to ignore.