Roethlisberger’s impending departure signals a changing of the guard. 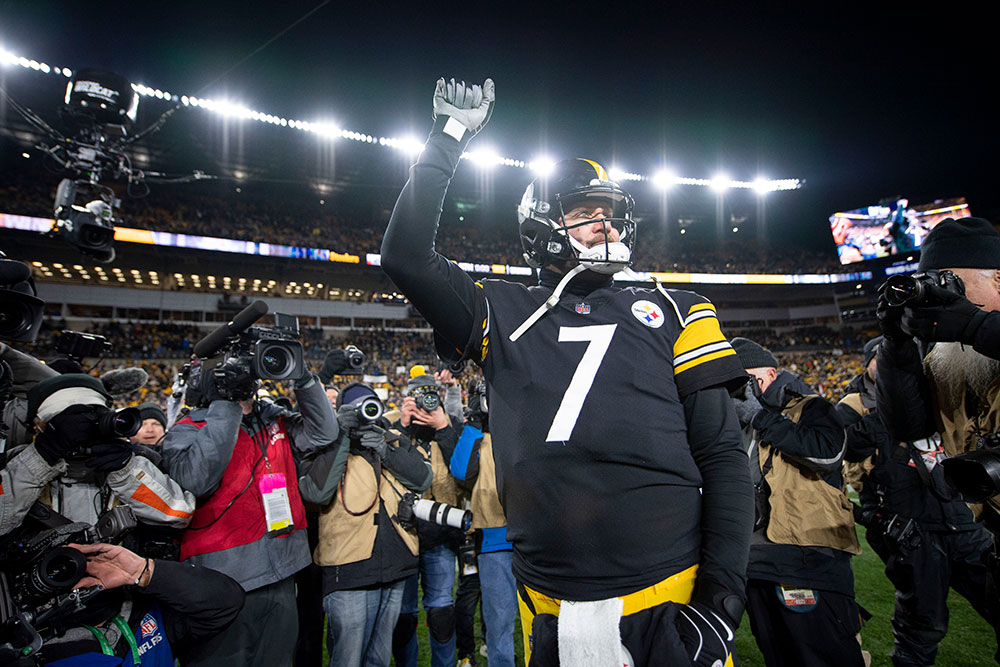 The symbolism couldn’t have been any more obvious had Ben Roethlisberger handed Najee Harris an actual torch rather than the football.

Third-and-2 from the Browns’ 37 yard-line. One minute remaining in Roethlisberger’s Heinz Field swan song, a game the Steelers wanted to win so badly you’d have thought they were playing for a Lombardi.

Harris was supposed to get the first down and then hit the deck and allow the Steelers to run out the clock, per Roethlisberger’s instructions.

“He told me to get down,” Harris acknowledged. “I didn’t get down.”

And on Harris’ coming out party.

A celebration of appreciation and anticipation at the end of a season that hasn’t had enough of either. 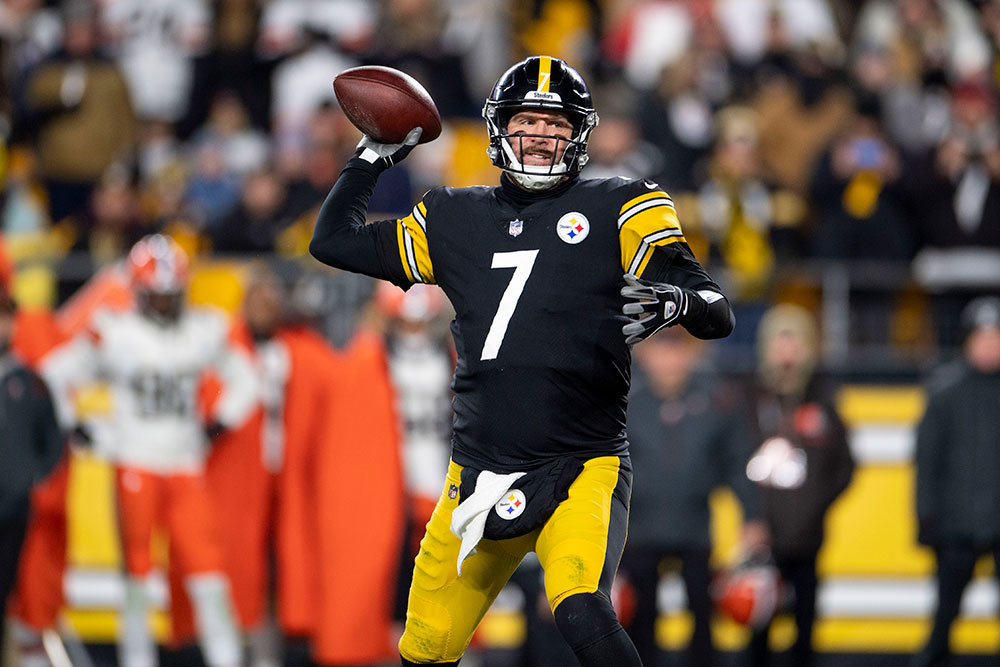 In the end, Monday night still belonged to Big Ben.

This wasn’t Jerome Bettis riding off into the sunset from the Super Bowl, but it was the next best thing for a franchise quarterback who belongs on the franchise’s Mount Rushmore.

T.J. Watt’s assault on Michael Strahan’s NFL single-season sacks record of 22.5 couldn’t, either (maybe if Watt had gotten five and tied it, instead of four to pull within one). 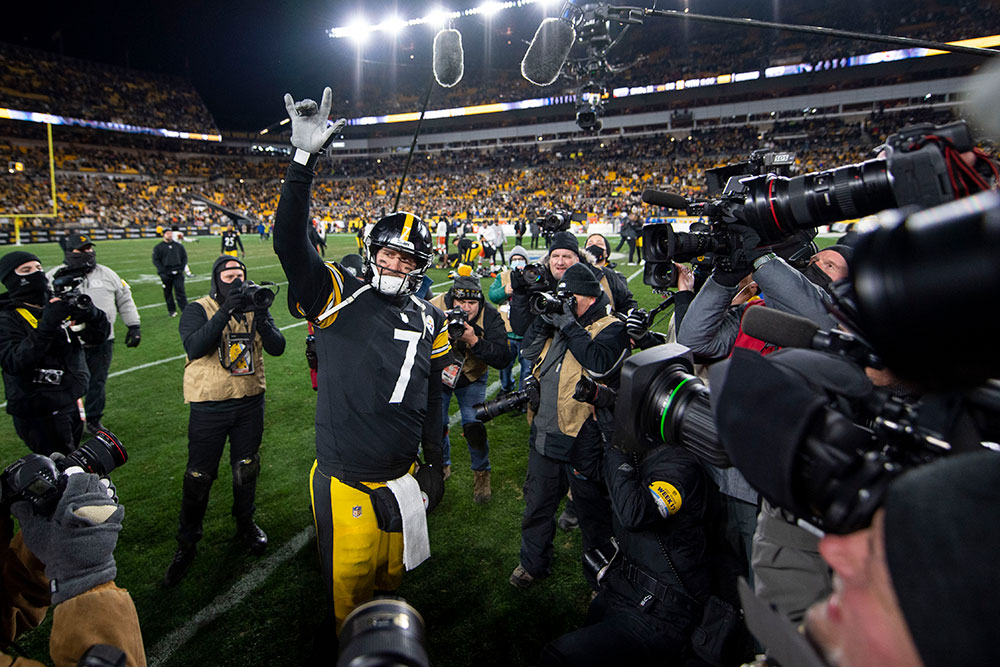 But as Roethlisberger soaked it all in and expressed his profound gratitude, and as his veteran teammates such as Watt and Cam Heyward acknowledged what the fans’ embracing Big Ben had meant to them, Harris offered a 23-year-old perspective.

“I guess I viewed it in a different way as everybody else.”

It was anything but disrespectful.

Harris has repeatedly referenced Roethlisberger’s mentoring as a factor in the success Harris had throughout his rookie season.

He’s also downplayed that success, and even characterized the 984 rushing yards he’d amassed prior to the rematch with Cleveland as “ugly.”

The No. 1 pick from Alabama has consistently said and done the right thing, from the work ethic he’s demonstrated in practices to the fist-fight mentality with which he’s always carried the ball to the way he’s dealt with the media, respectful at all times yet willing and able to hold his ground.

Harris was a star before he broke Franco Harris’ franchise rookie rushing record of 1,055 yards with the breakout game against the Browns.

When the Steelers assemble an offensive line in front of Harris that can actually block once in a while, he’ll be a superstar. 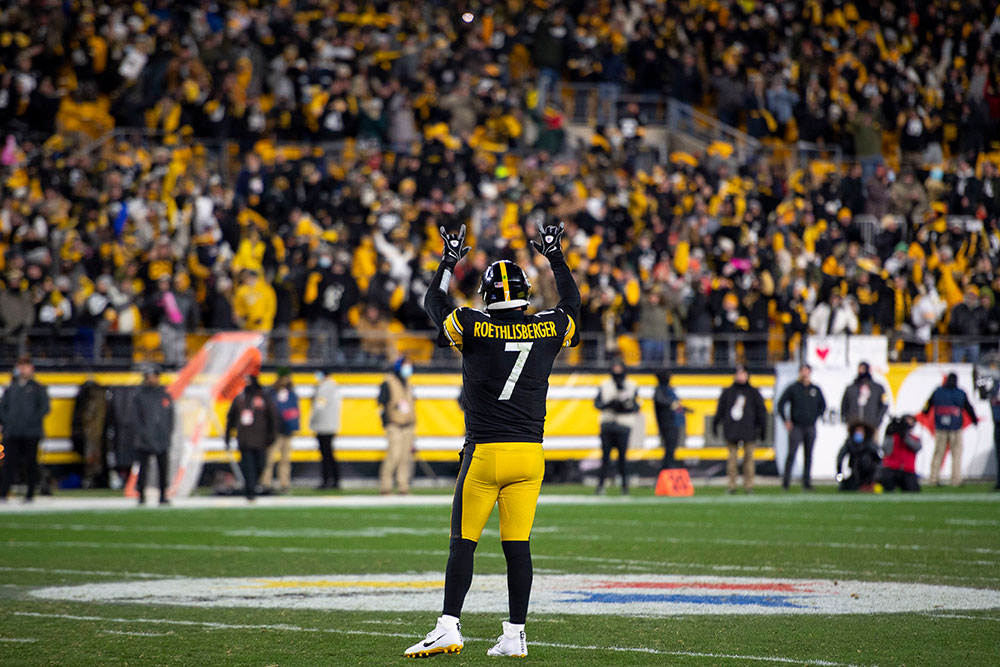 And now that Roethlisberger’s hourglass is about to run out of sand, Harris is poised to become the face and the voice of the offense, and one of the faces and voices of the franchise.

He’ll have plenty of help from Heyward, who has long handled those roles from the defensive side of the ball while playing at an All-Pro level.

He’s ready to take the ball and run with it.

It couldn’t be in better hands.