Toby Fraley’s love for historical photos inspired him to take the next step for Pittsburgh’s future. 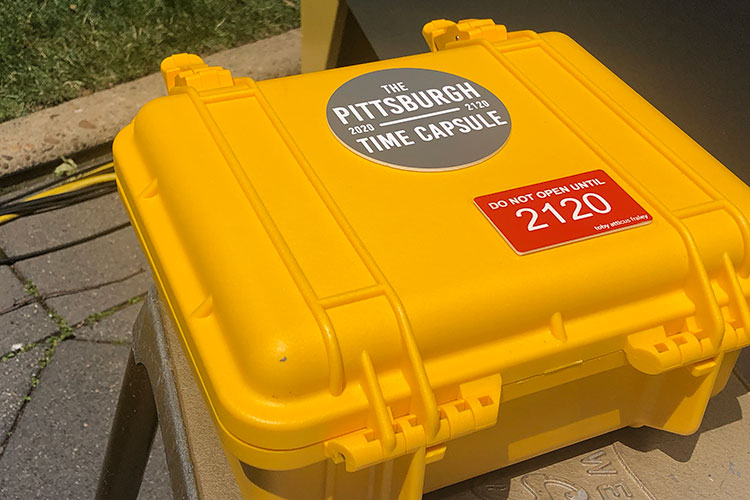 The annual Three Rivers Art Festival hosted hundreds of artists and their work, but one artist in particular was determined to make an impact — 100 years from now.

Toby Fraley, an artist from Washington, Pa., says art always came naturally to him, but about five years ago he decided to take a break. The Pittsburgh Time Capsule marks his comeback. 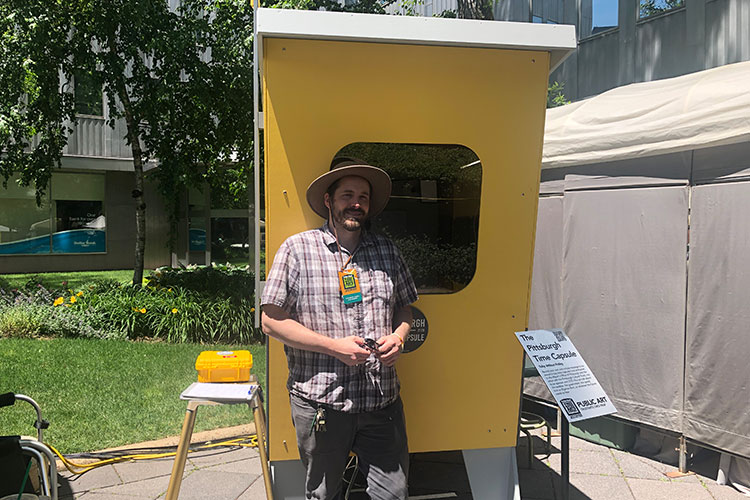 The time capsule is located at Gateway Center for the Three Rivers Art Festival, and it’s extremely hard to miss. Just look for the large, handcrafted yellow box with a matching yellow flag above it. It took Fraley just a few months to build it, including the time spent setting up the camera inside.

Fraley encourages the public to walk into the capsule and leave a minute long message for the future. You can talk about anything you want, such as “the weather, the government [or] the speed limit on Bigelow Boulevard,” according to the exhibit’s website.

Once you shut yourself inside the capsule, you’ll press the yellow button on the wall, and prepare your thoughts for 10 seconds as the timer counts down. The camera and lights will turn on, and you’re free to speak your mind for 60 seconds. 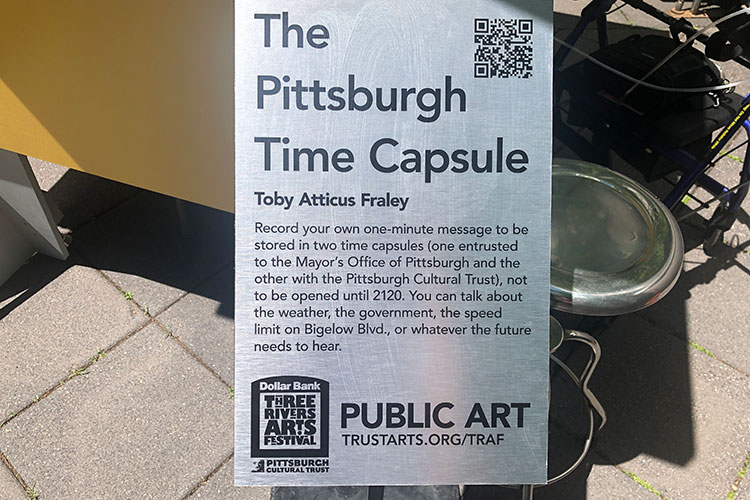 Your footage will be sealed in the capsule and will not be touched until June 7, 2120, unless you give permission to include your submission in a promotional video made by Fraley, which will be released within the next five to 10 years.

“I just want to give a really great representative slice of the culture and the people right now, and so far, it’s been achieving that,” Fraley says. “There has been a couple of entries in there that are not the most PC entries, but I feel like I need to leave them in there as a historical artifact — as the other side of what we’re dealing with right now in 2019.”

Fraley’s inspiration for the time capsule comes from his fascination and admiration of old photographs and candid snapshots. By collecting this footage, he hopes to answer some of the questions he has for future generations, the questions he’d like to pose to those generations of the past: what their daily lives were like and what they were thinking when a particular photo was taken. 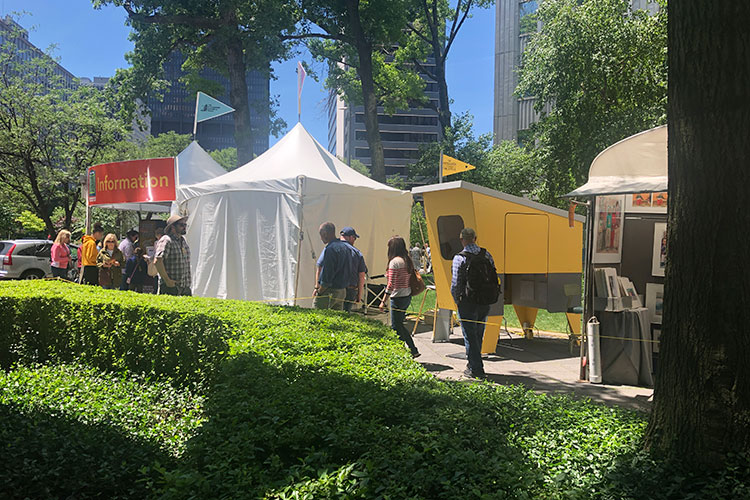 “This is kind of a way for us to reverse this method. We are reaching out and trying to tell the future, ‘This is me, and this is what I’m thinking now in this day and age that I’m living in,’” Fraley says.

The Pittsburgh Time Capsule has also picked up attention in several other cities, which Fraley says would add important pieces to the collection. In a perfect world, he would love to hit cities from different regions of the United States, such as San Francisco, Los Angeles and a few cities in the south for a broad range of opinions and discussions.

“This is the first project where I really relied on the public to make it a success, and I was really stressing out about that. Without great entries in this, this could totally flop and be a horrible project. But after day one and I scanned through the entries, I immediately knew that not only was this the right decision, but I really should consider traveling this. Some of the entries are super heartwarming and heartfelt,” Fraley says with a smile.

Once he’s finished with the Pittsburgh Time Capsule, Fraley plans to spend time on his oil paintings in his studio in Bridgeville.​