Are The Stars Aligning Just in Time for the Pittsburgh Steelers?

They’re getting better but their opponents are also getting worse. 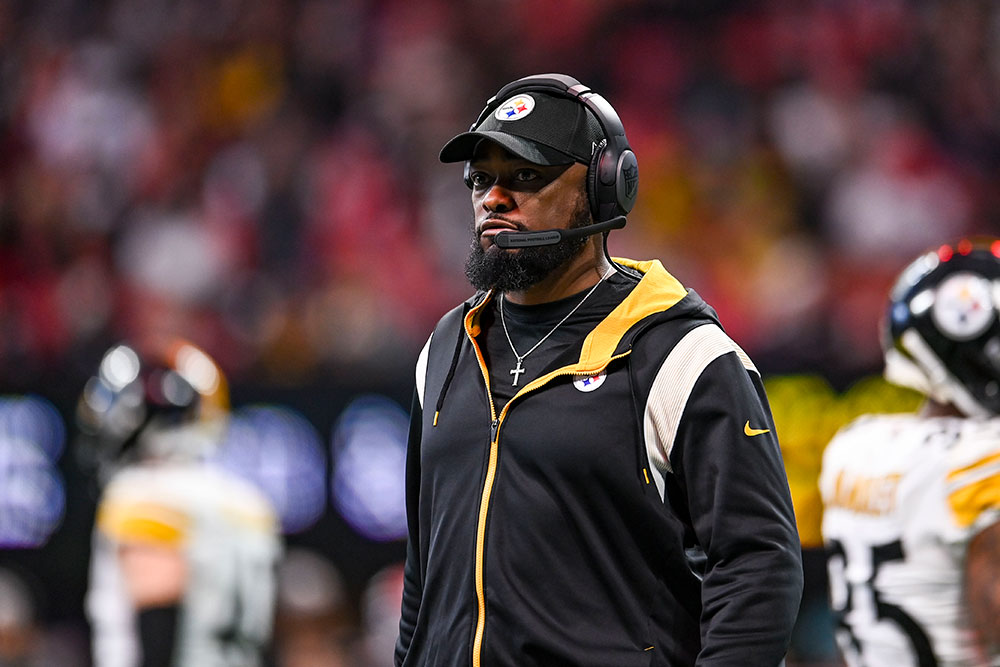 The Steelers finally won a second consecutive game last Sunday, but an indisputable component of what transpired in Atlanta was the Falcons’ contributions to losing it.

It’s a topic worth pondering, if only to take a much-needed respite from debating the extent of the progress quarterback Kenny Pickett is making, whether the defense was vastly overrated or is about to come around, whether everything is Matt Canada’s fault or just everything related to the Steelers’ offense, and if George Pickens has a lot of growing up to do or a point about not getting the ball enough.

It can be both with Pickens, by the way, but I digress.

The game in Atlanta, once seemingly in hand, was in danger of slipping away until the Steelers’ defense dug in and limited what was looking like a relentless Falcons possession for what could turn out to be the game-winning touchdown to a mere field goal that kept the visitors ahead, 19-16, in the fourth quarter.

But there were extenuating circumstances, specifically a holding penalty that negated a 10-yard touchdown run and a false start that helped ensure Atlanta’s march would fizzle.

So the stand by the defense was at least as fortuitous as it was heroic.

“They got a couple of penalties,” Steelers head coach Mike Tomlin acknowledged. “I’m not going to pretend like it was something we did.

Credit Tomlin for transparency, and for hitting the nail on the head.

Often times, it’s not about being the hero.

Often times, all you have to not be is the goat.

And the teams remaining on the Steelers’ schedule all have exhibited enough goal-like tendencies to suggest they’re fully capable of doing so again when necessary.

The Ravens will come to town this Sunday sporting an 8-4 record. But in each of their four losses, they proved unable to protect a two-score lead in the second half. And they’ll be playing their backup quarterback.

The Panthers, whom the Steelers visit on Dec. 18, have already fired their head coach and are currently working with their third starting quarterback. Carolina is 4-8 for a reason.

The Raiders had won three in a row until Thursday night, when they lost to the Rams, who had lost six in a row. They’ll also arrive at Acrisure Stadium on Christmas Eve as a team capable of losing to the Colts, something the Raiders did on Nov. 13 at home. Quarterback Derek Carr cried after that one (if you lose to the Colts you probably should).

After that, the Steelers will ring in the new year in Baltimore, where the Ravens may or may not have Lamar Jackson back and may or may not be in the process of finishing the season on an extended losing streak, as they did last season (six in a row to fall from 8-3 to 8-9, including a season-ending, 16-13 loss to the Steelers at home in overtime).

The Steelers will finish the regular season at home against the Cleveland Traveling Circus.

As JuJu once noted, “The Browns is the Browns.”

So yeah, anything is still possible.

That’s the hope the diehards had been clinging to back when the Steelers had lost six of seven and fallen to 2-6, that they’d eventually stop having to play the likes of the Bengals, Bills, Dolphins and Eagles.

The Steelers have improved, but the degree of difficulty has also lessened considerably.

Often times, timing is everything.