Are Steelers Obsessed with Patriots? Why Wouldn’t They Be?

If the Steelers aren’t obsessed with beating New England by now, they’re doing it wrong. 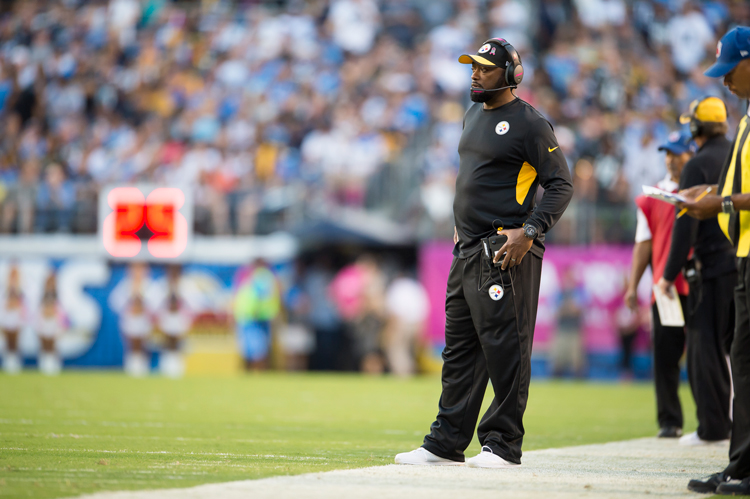 This just in: The Steelers are already thinking about the Patriots.

Mike Tomlin confirmed as much last week when interviewed by his old boss, NBC’s Tony Dungy, two days before the Steelers went out and barely survived a Green Bay team that should have been resoundingly sent packing.

“I’m going to embrace the elephant in the room,” Tomlin acknowledged. “It’s going to be fireworks.”

He was talking about the Patriots’ scheduled visit to Heinz Field on Dec. 17, but it didn’t end there.

“It’s probably going to be Part One,” Tomlin continued. “If we’re both doing what we’re supposed to do, what happens in the first is going to determine the location of the second one.”

Not only was Tomlin seemingly looking past the Packers, Bengals and Ravens at the time, but also ahead to a New England rematch in the AFC Championship Game.

Has he lost his mind?

And more importantly, has Tomlin lost his appreciation of and dedication to the coaching profession’s time-honored mantra of playing them one game at a time?

This just in: The Steelers have been thinking about the Patriots all along this season.

Stephon Tuitt confirmed as much in August, when a question about the upcoming regular-season-opener in Cleveland wound up addressing instead a topic that turned out to be much more profound. 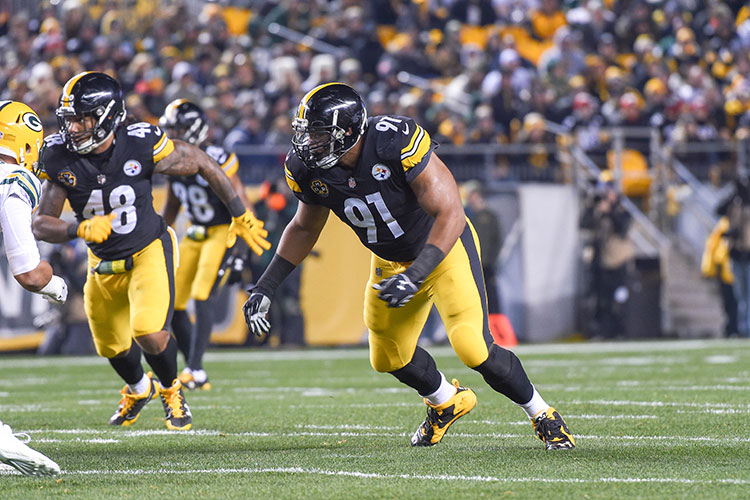 “We can’t bow down to the team that we’ve been bowing down to,” Tuitt insisted. “We gotta kick their butts.”

For clarity’s sake, Tuitt was asked to identify the identity of the team whose butts needed to be kicked.

It wasn’t Baltimore, Cincinnati or Cleveland.

“What team is that? We lost in the AFC Championship Game to them,” is how Tuitt replied, rather than by referencing the Patriots by name. “They won, we were there and we didn’t. At the end of the day we want to be back in that position so we know what to do next time and come away with a win and go to where we’re trying to go.”

That would be the Super Bowl –– the ultimate look-too-far-ahead destination.

Tuitt also made it clear he’d prefer to get there through New England.

“Who doesn’t want to play against the best?” he said. “We just want to be the best, and that’s the only way.

“I circle all the teams (on the schedule). That team, they’re probably double-circled.”

This just in: The Steelers’ obsession with the Patriots goes back further than the preseason.

At the start of OTAs in the spring, I asked a defensive starter –– off the record, in hopes of eliciting a more honest response –– to reveal what the Steelers would be focusing on the most in order to get better defensively this season.

The answer was man-to-man coverage, to determine if that might turn out to be the coverage that would once and for all get the Steelers over the New England hump.

And, this just in: The Patriots have beaten the Steelers four straight times and eight times in 11 tries overall in the Ben Roethlisberger era (since 2004), including twice in Roethlisberger’s two shots at Tom Brady in the AFC Championship Game.

If you take it back to 1998, the Patriots have gone 11-3 against the Steelers, including 3-for-3 in games with a trip to the Super Bowl at stake.

If the Steelers aren’t obsessed with beating New England by now, they’re doing it wrong.

They’ll presumably have two tries this season to finally get it right.

Whether they do or don’t is what will ultimately define them, not how badly they beat the Packers.