Another Residential Development in the Works for Strip District

The latest in a spate of new developments, the proposed six-story building on the corner of Penn Avenue and 32nd Street will house 114 apartments. 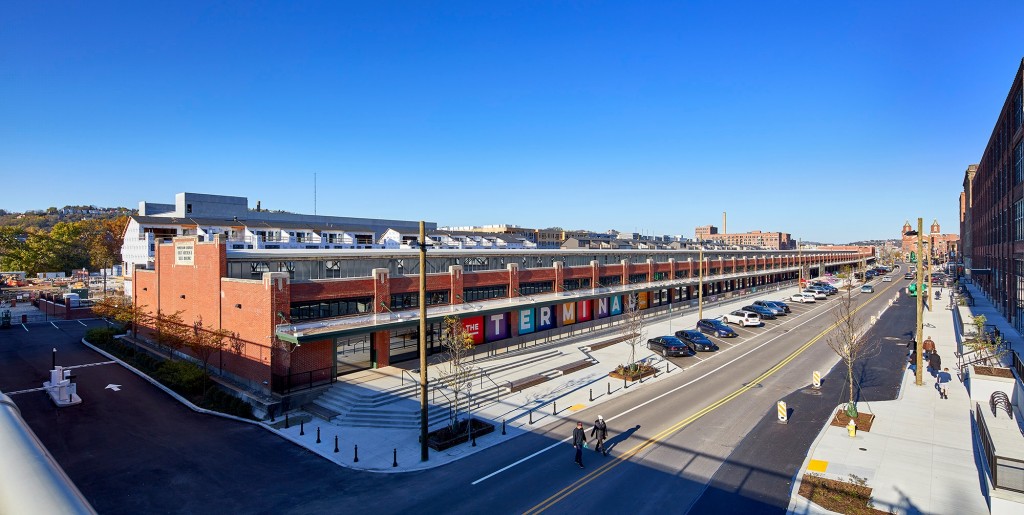 Another new residential development could be coming to Pittsburgh’s Strip District.

Lawrenceville-based Oxide Real Estate Development — which focuses on projects in Pittsburgh and Columbus, Ohio — is proposing a six-story, 114-unit apartment building at the corner of Penn Avenue and 32nd Street, according to NextPittsburgh.

“I’ve been working in Pittsburgh since 2014 and watched it evolve even since then; it’s a great city with a lot of history and great architecture,” Shawn Kichline, principal of Oxide, told the news outlet. “Both myself and my partner, Schiff Capital Group, are big believers in the long-term growth potential of Pittsburgh as a tech hub, with Robotics Row acting as its anchor.”

The proposed development — which went before Pittsburgh’s planning commission in November — is set to be located at the site of Merlino’s Service Center, which is relocating.

The proposed, still-unnamed redbrick building will feature a mix of studio, one- and two-bedroom units ranging in size from 450 square feet to 1,200 square feet. Other amenities in the market-rate priced complex will include a fitness center, parking for 47 vehicles and rooftop and courtyard terraces.

Construction is tentatively slated to start in spring or summer of 2021, according to the Pittsburgh Post-Gazette.

“We think it’s a nice alternative to some of the larger-scale projects. It’s a more intimate project, more attention to design,” Kichline told the Post-Gazette.

How the Strip District is Booming

The project is the latest in a spate of new Strip District developments. Best known for its wholesalers, factories and gritty atmosphere, the neighborhood in recent years has become home to a growing number of trendy tech firms, office buildings and residential developments.

Nearby, another 370-unit apartment project is being developed by RDC Design Build on Polish Hill’s Liberty Avenue.

His company is continuing to bet big on the revival of Rust Belt cities, believing cities such as Pittsburgh and Columbus are in the early stages of a longer-term structural shift.

Oxide’s website notes Pittsburgh offers a lower cost of living compared to major coastal metropolitan areas such as San Francisco and New York, further complemented by a high-quality of life and public investments in parks and riverfronts.