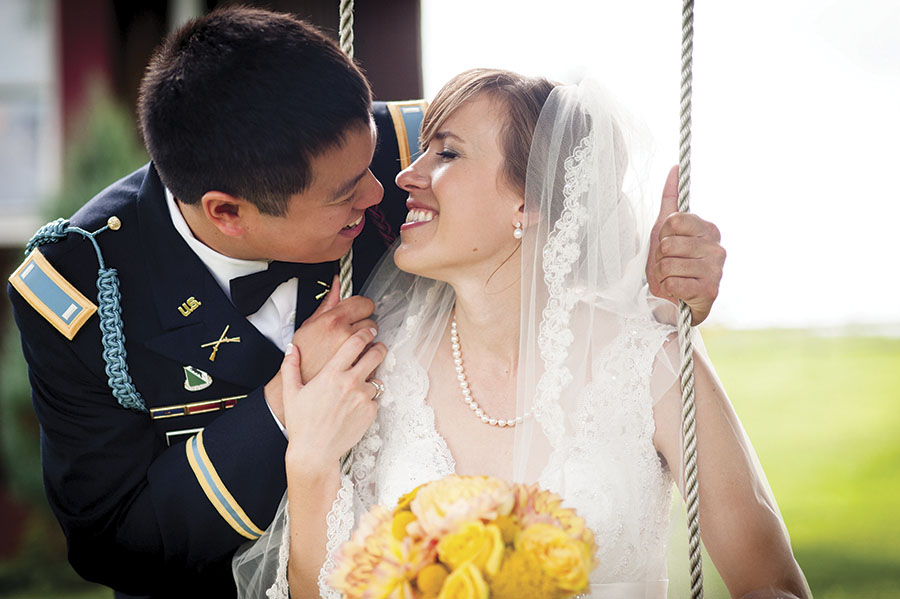 Photos by The Leeann Marie Collective

During her introduction to military life, Anna Dabrishus knew Kevin Hu might be the one. The pair met in 2003 at a reception for freshmen at the University of Pittsburgh. Later, Anna accompanied Kevin to a formal at the U.S. Military Academy in West Point, N.Y., where “all these bad things kept happening.”

They got caught in the rain while in full dress for the event. Their plans for a weekend getaway to New York City fell through at the last minute. Still, they rolled with the punches.

“I remember thinking, ‘If I can be happy with someone even when our plans are always changing, that’s what life’s about,’” says Anna.

That easygoing attitude belies the circumstances of their relationship. Kevin, 28, is an infantry officer in the U.S. Army based in Savannah, Ga., and Anna, also 28, was a school librarian in Pittsburgh before moving south to join him. 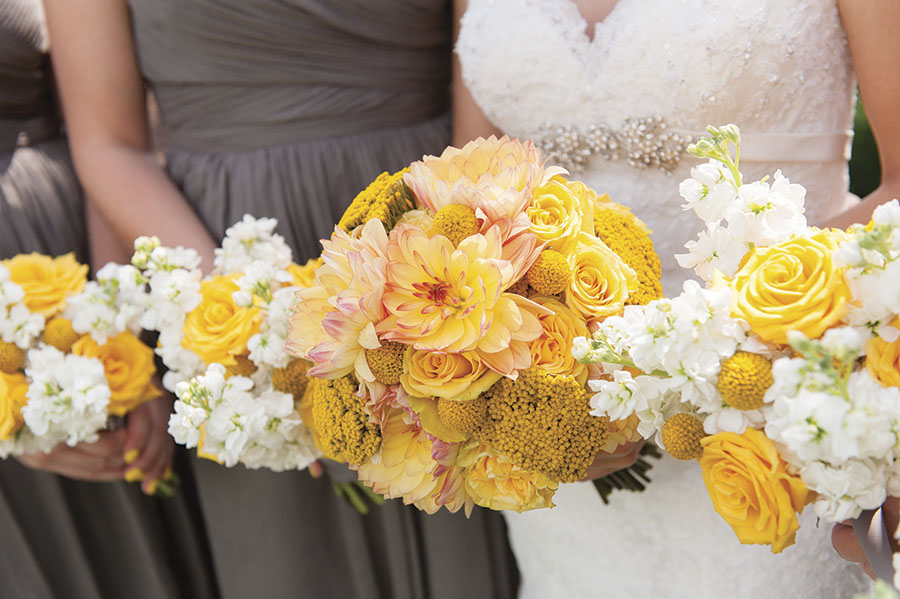 “We had to be structured with our time, and we talked about our ‘timeline’ a lot,” says Anna. The pair had talked about getting married but agreed to wait several years.

But in 2011, Kevin upended the timeline by going down on one knee in one of Savannah’s public squares.

“He said, ‘What if I asked you to marry me right now?’ And it just so happened that an impromptu jazz musician was playing,” Anna says with a laugh. “It was very sweet.” 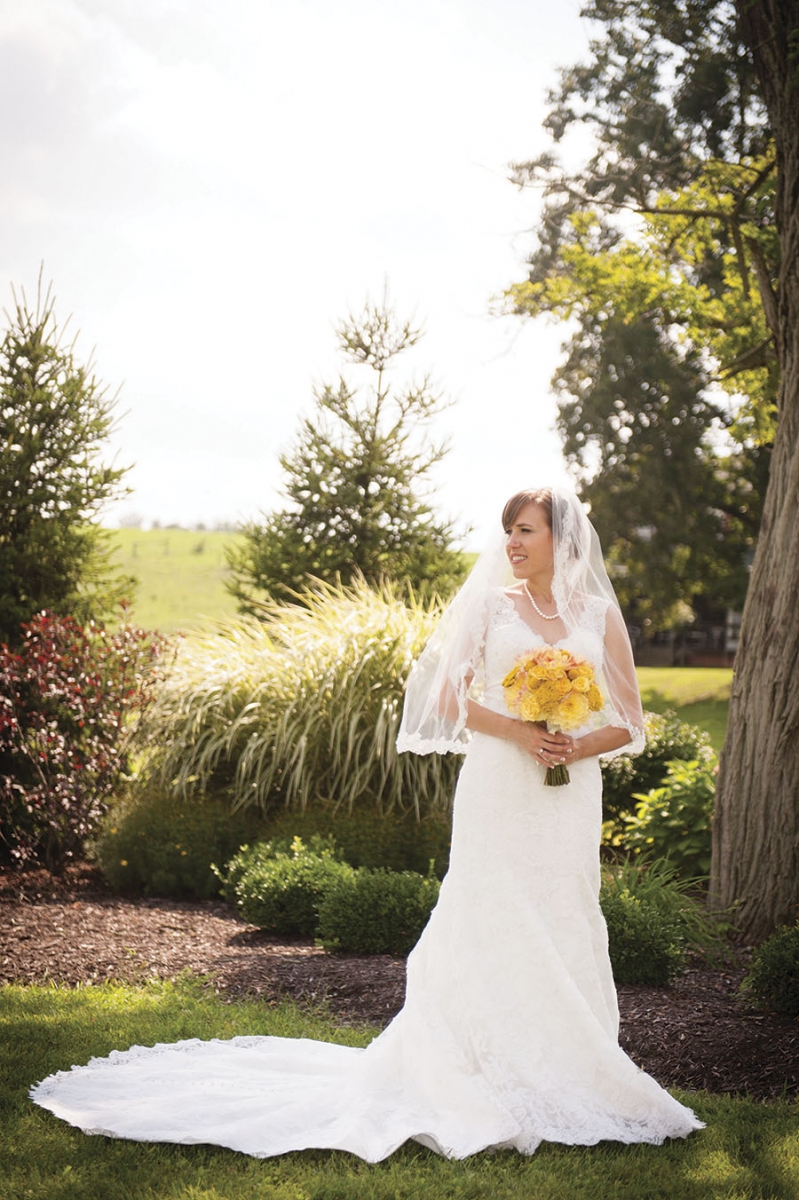 They planned to wed during the summer of 2012, but eight months after Kevin proposed they learned they had to prepare for his deployment to Afghanistan — and they didn’t know how long he’d be gone. Those variables added another dimension to wedding planning.

For peace of mind, the couple decided to push the date back to Labor Day 2013 in the hopes that Kevin would be home. They spent their last months before his deployment choosing the wedding cupcakes together. 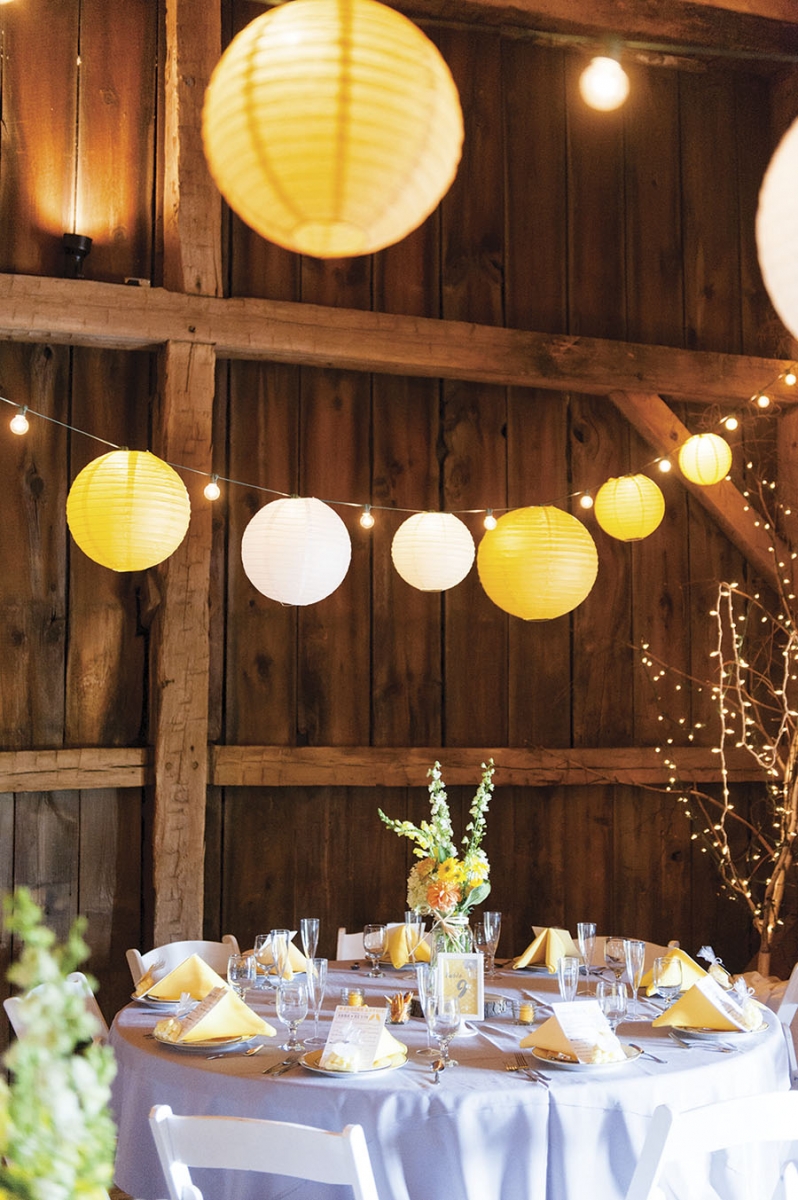 “It was the one thing he really wanted to make sure he could be there for,” says Anna. “Kevin dearly loves cupcakes.”

An anxious nine months separated cupcake-tasting from the day Anna finally heard that she could drive from Pittsburgh to meet Kevin in Georgia, where they now reside. He arrived a month before their wedding at Fieldstone Barn at Armstrong Farms near Saxonburg in Butler County.

“We just really wanted our guests to have fun and to enjoy it ourselves,” Anna says of choosing their site. “One of my lasting impressions is everyone on the dance floor with glowstick necklaces, enjoying themselves. That’s exactly what we wanted, to just celebrate.” 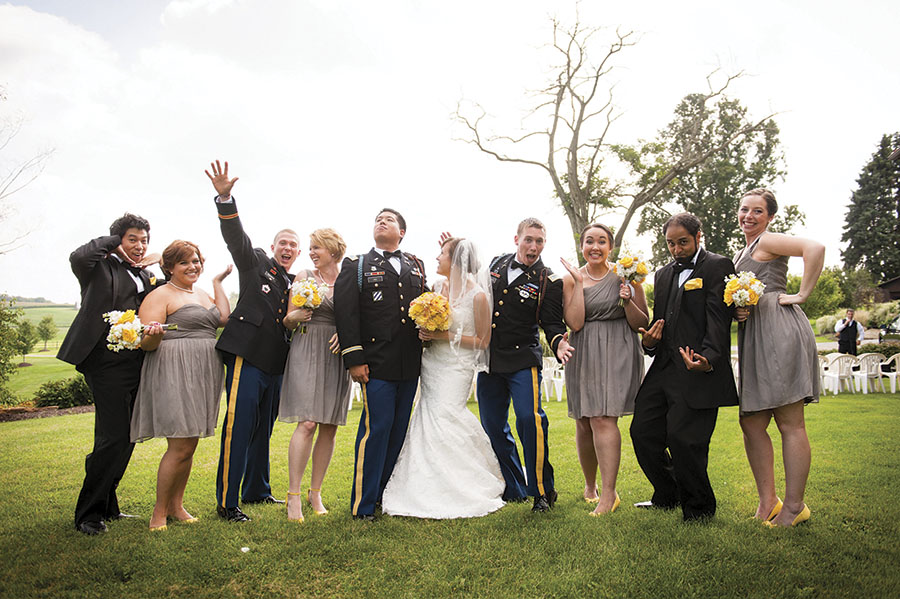