Animated Pets, Anna Kendrick and Aubrey Plaza are All Charming

Reviews of "The Secret Life of Pets" and "Mike and Dave Need Wedding Dates," plus local movie news and notes. 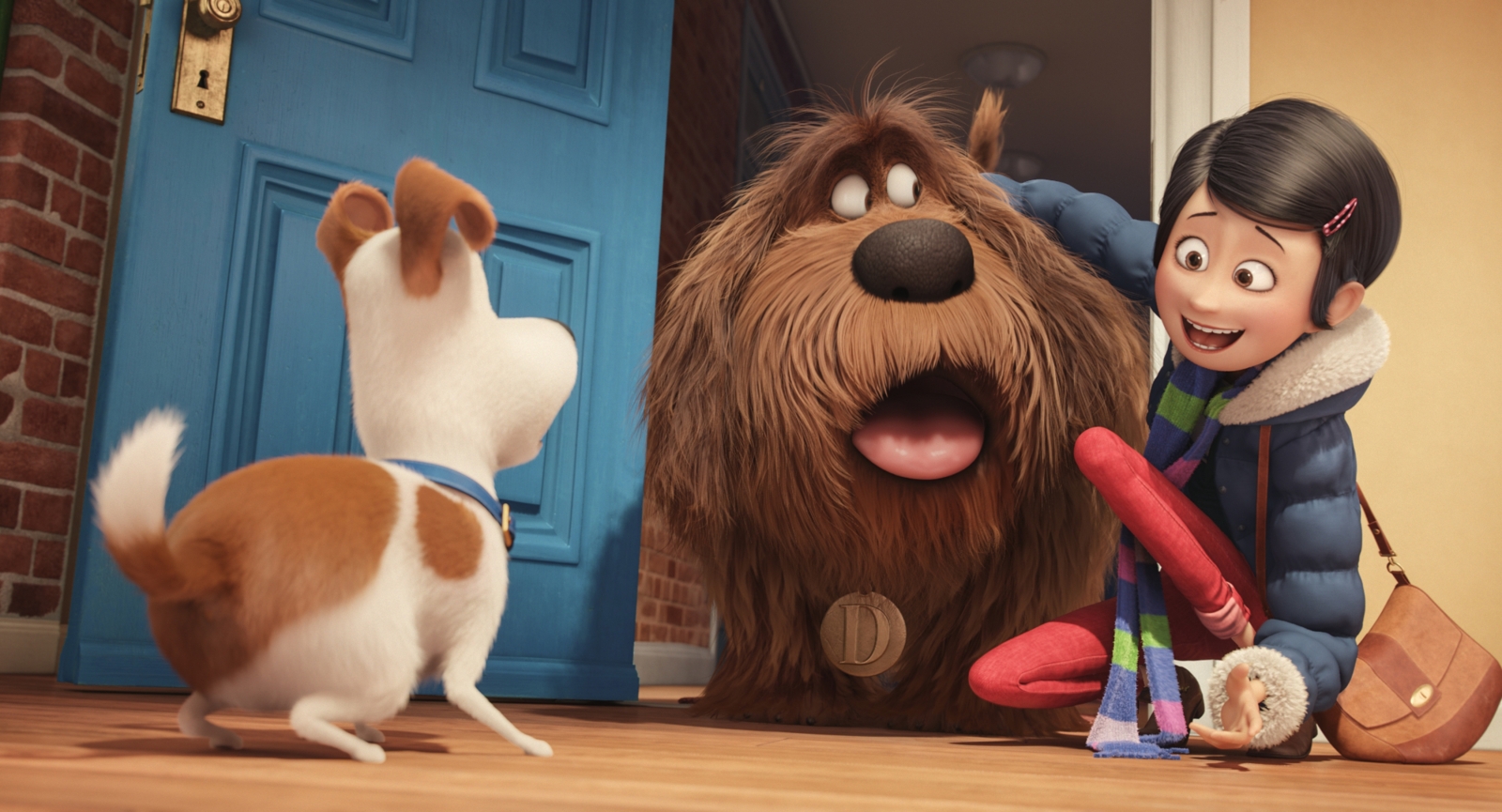 The dividing line among animated entertainment remains clear: There’s Disney/Pixar, and then there’s everyone else.

That’s not to say that the Mouse House and its hip partner-in-toons never misstep (“Cars 3”), nor should it imply that there are no other works of animation that ascend to the upper echelon (“The LEGO Movie”). But as a general rule, the average response to an animated Disney/Pixar film is awed (and weepy), and when a cartoon from another studio impresses, it’s an exception to the rule.

Grading on that scale, “The Secret Life of Pets” is pretty good — and certainly funny. Produced by Illumination Entertainment (the studio behind the two “Despicable Me” films and the ho-hum spinoff “Minions”), the lively cartoon borrows a page from the “Toy Story” handbook, subbing domesticated animals for the toys; when we leave home for the day, our beloved pets start speaking, socializing and scheming, only to revert to cuddly companions when we make it back home.

The matter at hand: Loyal Jack Russell Max (the voice of Louis C.K.) is positively delighted with his life as the loving sidekick to human Katie (Ellie Kemper). When Katie decides to bring a second pooch into the home — a hulking Newfoundland named Duke (Eric Stonestreet) — Max is miffed at having to share. The conflict ends with Max and Duke lost on the streets (and in the sewers) of Manhattan, having to overcome a parade of obstacles to find their way home.

The rest of the voice cast, including Kevin Hart, Jenny Slate, Dana Carvey, Steve Coogan, Lake Bell, Albert Brooks and more, is pitch-perfect and delightful. And while the perils of the dogs doesn’t necessarily carry the dramatic weight it might — a forced episode of Pixar-esque sentimentality falls pretty flat — the jokes make the narrative breeze along at a good clip.

“The Secret Life of Pets” is not a must-see flick like its current multiplex rival “Finding Dory.” But for those with kids in tow or a simple flair for animation, it’s worth a look.

Speaking of comedies that exceeded my expectations, I was pleasantly surprised by the raunchy romp “Mike and Dave Need Wedding Dates.” The titular Mike (Adam Devine) and Dave (Zac Efron) are immature yet successful twentysomethings with a knack for inadvertently ruining important occasions; with a wedding approaching for their younger sister (the underrated Sugar Lyn Beard), the bros are encouraged to find a pair of nice young women to keep them in check for the big weekend. After a search that involves a Craigslist appeal gone viral, they settle on Alice (Anna Kendrick) and Tatiana (Aubrey Plaza), not knowing that their dates are just as prone to mayhem as they are; when all involved get to Hawaii for the festivities, slapstick fireworks ensue. Some jokes hit and others miss, but the quartet at the center of the film is just so darn charming that, after a while, it’s hard not to be taken in. Many bits are decidedly adult, so turn off whatever filter you typically carry into the theater. But if you don’t mind bad language and worse behavior, you’re in for a good time.

The Montage: The 48-Hour Film Project kicks off tonight via a party at The Oaks Theater. During the frenetic competition, teams of performers and filmmakers create an original short — from conception to completion — in the space of two days. The results will be screened on July 20 and 22; the best of the best will be shown and prizes handed out on July 29. Click here for more info … It looks like a wide release isn’t in the cards for the locally filmed “Fathers and Daughters,” but you can catch the flick — which stars Russell Crowe, Amanda Seyfried and Aaron Paul — this week at the Hollywood Theater … It’s Music on the Big Screen week at Row House Cinema. I previewed the lineup in the July issue of Pittsburgh Magazine; click here to read all about it.