Angle on Fishing: 7 Great Spots in the Pittsburgh Area

Recognizing that hard-core anglers have their favorite fishing holes, we compiled this list for those new to the area or those simply looking for a new place to drop a line. 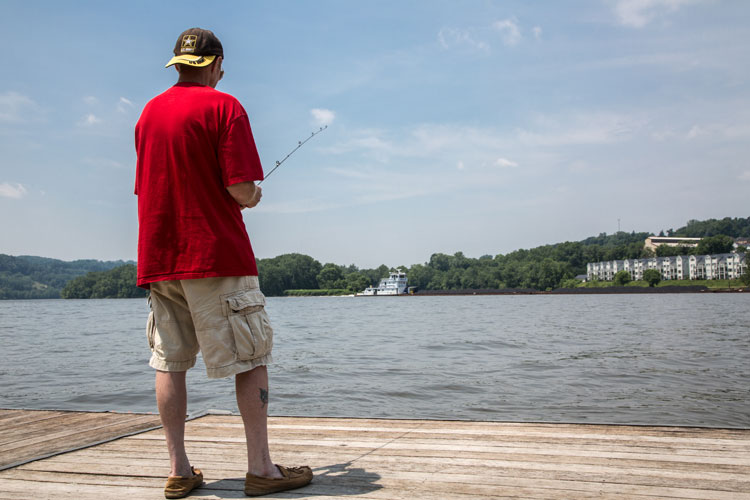 When I was in middle school, I went on fishing trip to Lake Erie. I was with my friend — a future Eagle Scout — and his dad, a towering outdoorsman who watched John Wayne movie marathons in his free time. Then there was me, who gagged when we went to the gas station to pick up live worms.

After the nearly two-hour drive there (an eternity for a restless pre-teen), I sat out for a few hours, refused to touch the worms, knotted up my fishing line multiple times and caught nothing. I never fished again.

So when researching a list of great fishing spots in the Pittsburgh area, my obvious inexperience required significant expert input. I consulted with the Pa. Fish and Boat Commission and got tips from the Pennsylvania Department of Conservation and Natural Resources, as well as fishing reports from local publications. From there, I took diversity and number of fish species, accessibility and family-friendliness into account when compiling the final slate of angling destinations.

So if you’re like me and haven’t touched a worm in your life, or are some kind of Ahab-like fisherman with a suitcase-sized tackle box, we have you covered. 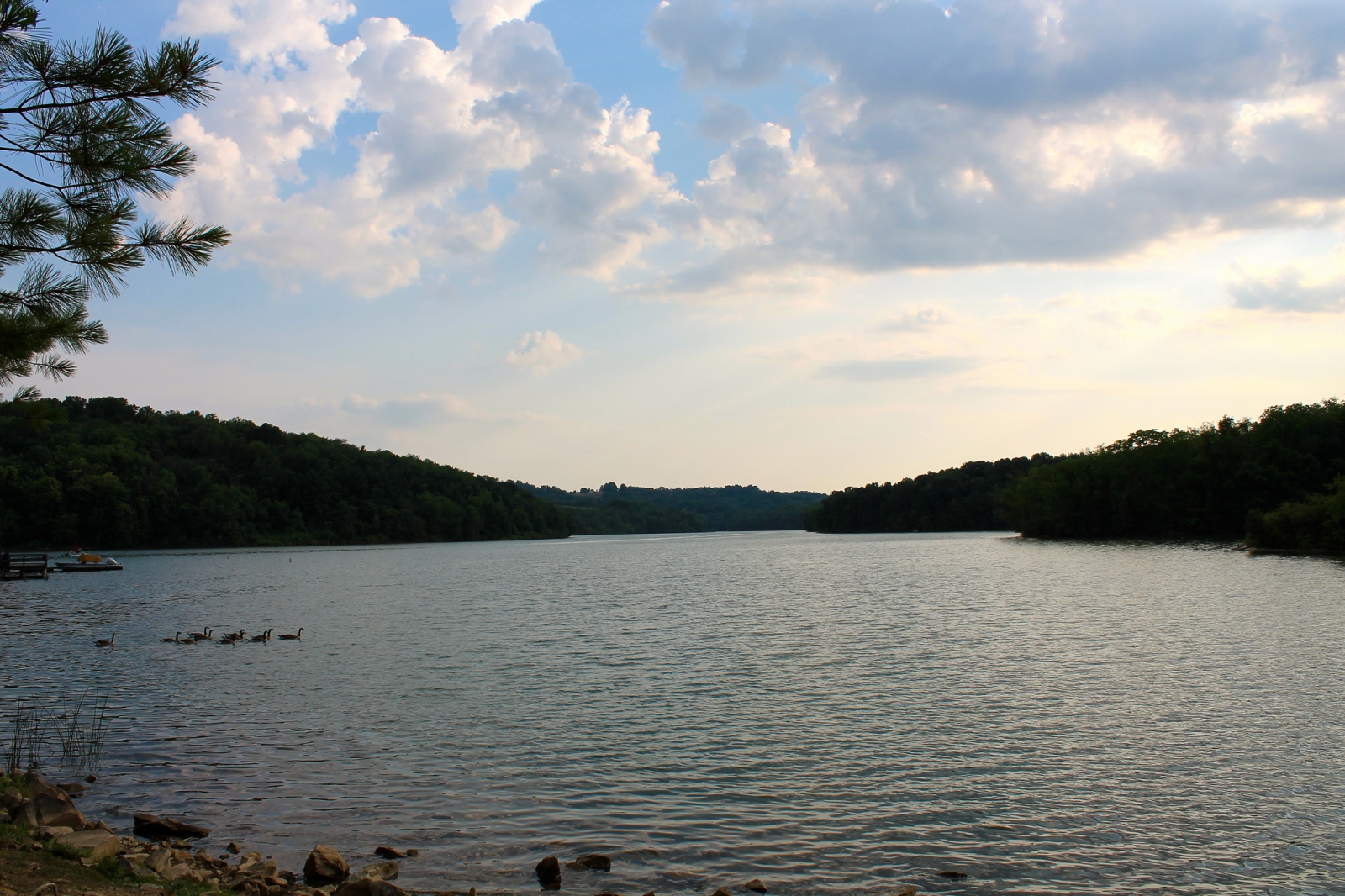 With 258 acres at your disposal, you never have to worry about bumping shoulders with fellow anglers at Cross Creek Lake. Located amidst the sprawling countryside between Hickory and Avella, the freshwater spot features some of the best bass fishing in the state. Moreover, the fishing haven provides a paved boat ramp, public docks and a handicapped-accessible pier. 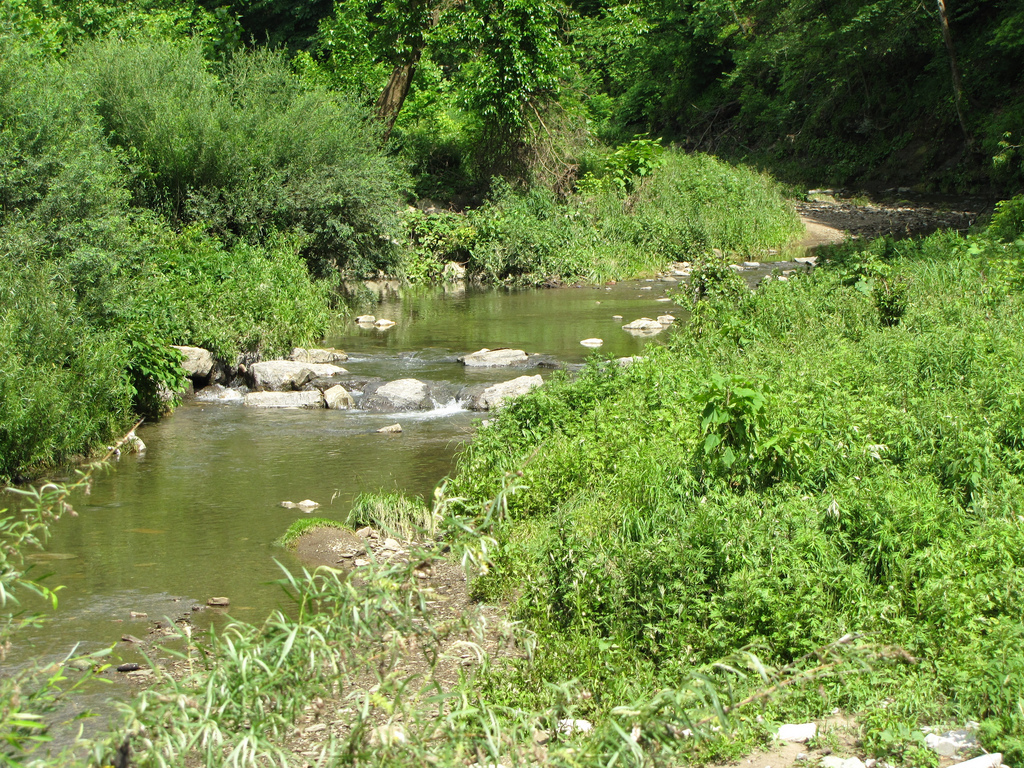 Thanks to an expensive rehabilitation effort by the city, Frick Park’s Nine Mile Run (formerly a sewer) is full of game fish in its out-of-the-way river. To get to this great fishing spot, you’ll have to comb through vegetation and cross smaller pools of water. If you’re up for Indiana Jones-ing your way through some shrubbery, Nine Mile Run will give you one of the most authentic off-the-map angling experiences possible in the ‘Burgh. 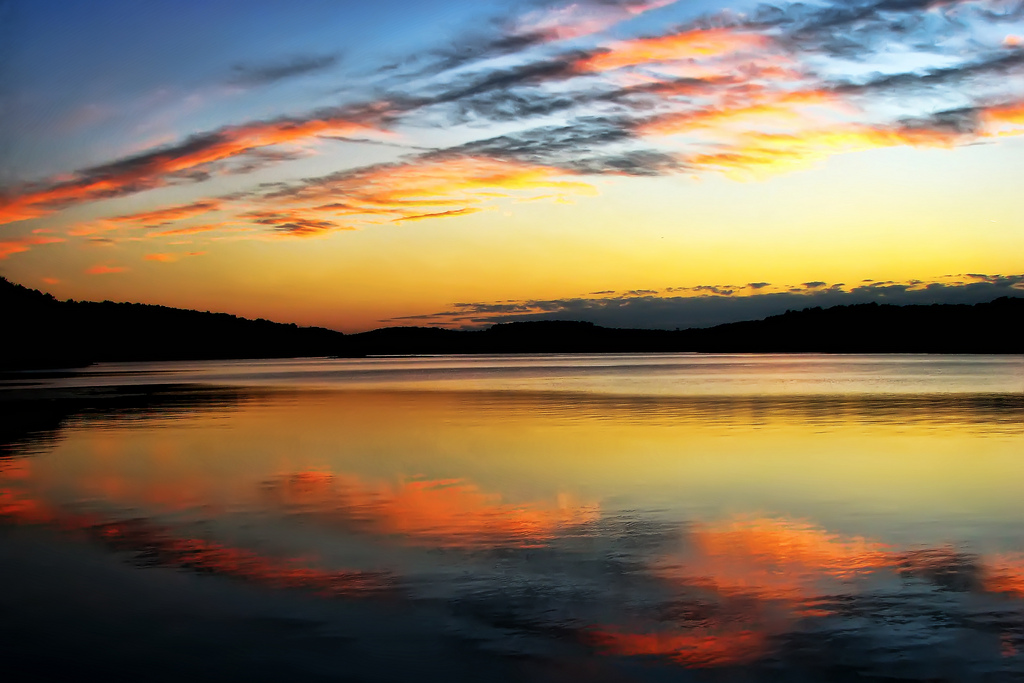 If you’re looking to get your Thoreau on — i.e. feel like you’ve escaped city life while remaining comfortably close to it — make the drive to Keystone Lake. According to the Pa. DCNR, the rural area’s 78-acre lake is full of warmwater fish such as largemouth bass, carp and brown bullhead catfish. Fishing also is allowed in the winter months for those willing to trudge across the frozen lake and then drill a hole through several inches of ice.

photo courtesy of pa. dept. of conservation and natural resources

Raccoon Creek State Park sports the same rustic vibe and accessible distance as Keystone State Park, only it has an even bigger lake. The spot is great for family outings, with canoes, rowboats and kayaks available if you want to paddle out. If fishing on the water isn’t your thing, there’s also a fishing pier where you can try a shot at the lake’s large populations of bluegill and sunfish. 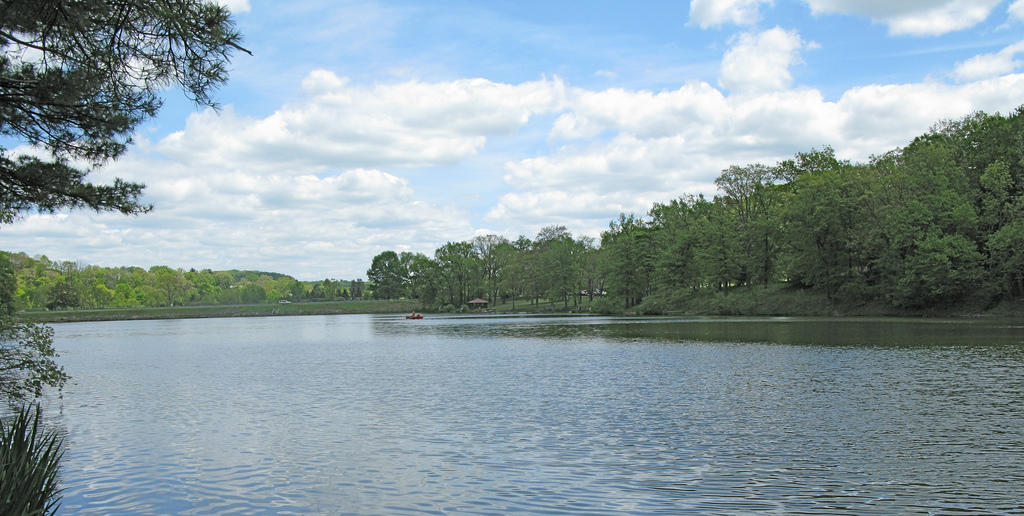 After a $21 million restoration project in 2012, North Park Lake once again is one of Pittsburgh’s most popular fishing spots. Following the rehabilitation effort, the Pittsburgh Post-Gazette reported that largemouth bass, bluegills and other warm-water fish would be regularly stocked by the lake’s managers. Boat rentals are available from Kayak Pittsburgh, or you can use one of several public launches. If you’re a seasoned vet and looking to get scientific about your fishing strategy, click here to see the best times to drop a line in the lake. 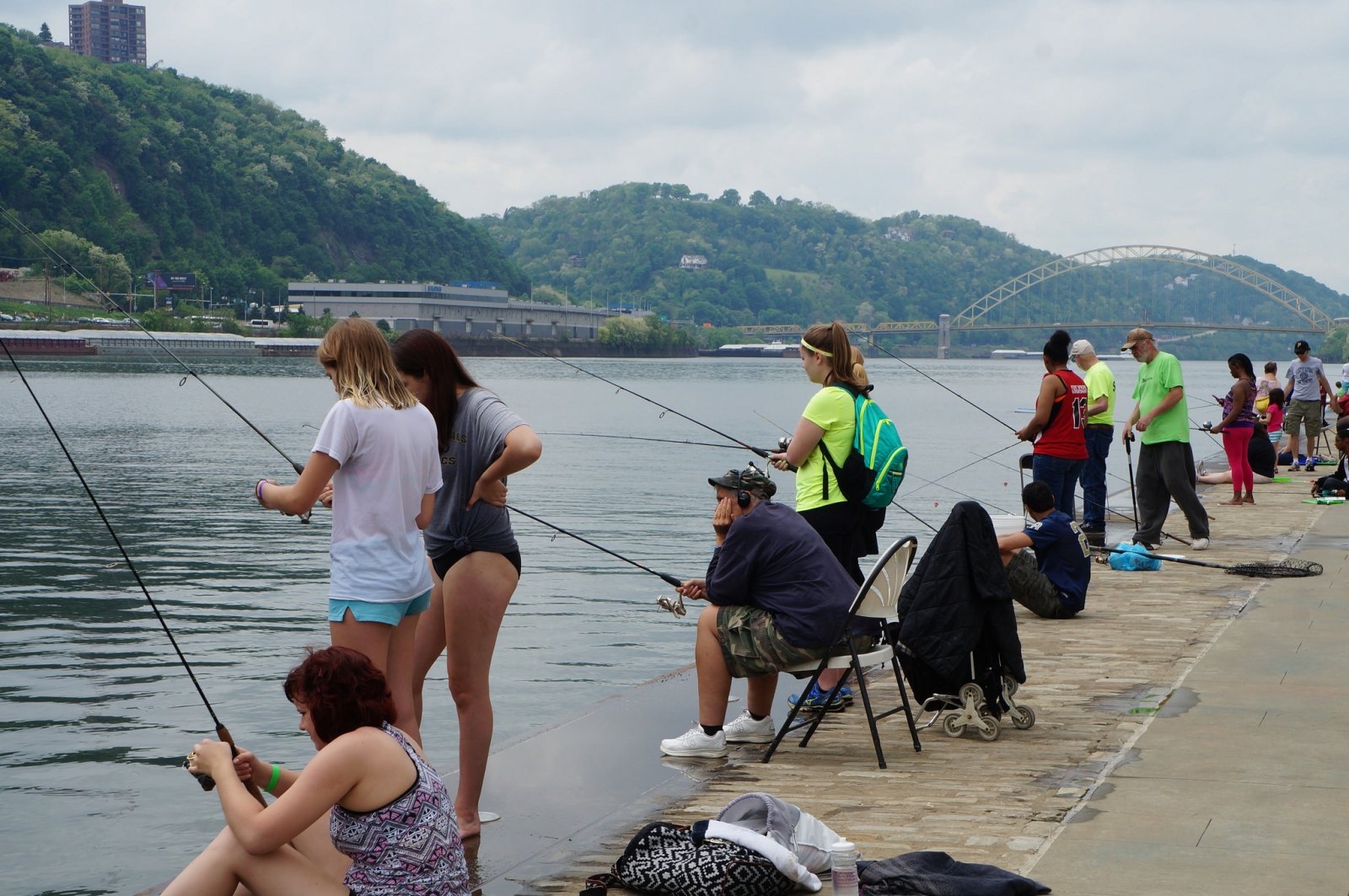 Featuring picture-perfect views and a wide array of fish species, what better place to cast out from than Point State Park? About 40 years removed from its much-needed cleanup, the Pa. DCNR reports that the rivers now swarm with sauger, walleye, catfish and panfish. With a wharf spot for people with disabilities and a friendly club of regulars from Venture Outdoors, you can’t go wrong with a lazy Sunday questing for bass at the Point. 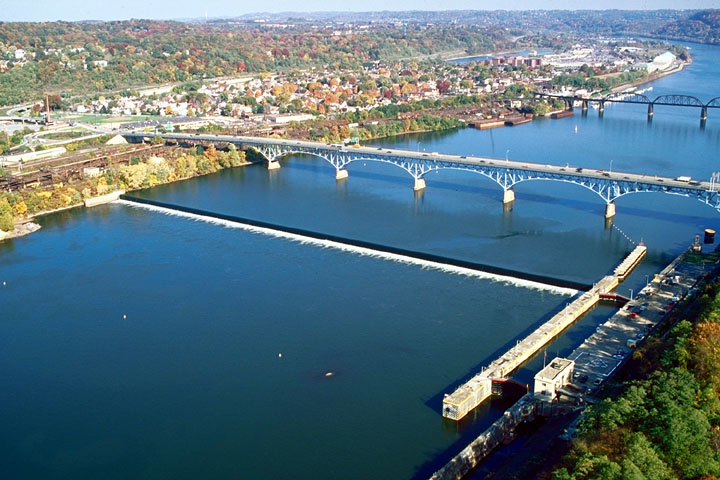 Travel a little farther up the Allegheny River, and you’ll find one of the most up-and-coming fishing hangouts in town. As long as the water levels are low, Highland Park Dam is reportedly stuffed with walleye, a few years removed from a feeding frenzy that brought tons of local fisherman to the area. Both USA Today and Game & Fish Magazine gave the Highland Park Dam shoutouts for being a top fishing spot in Pa., making it one of the most nationally recognized go-tos for fishermen within city limits.

This article appears in the July 2015 issue of The Best Blog.
Categories: Best of the ‘Burgh