Stephen and Debby Morgan; Lester and Lynda Stovall and Ray and Addie Hayes

The couple was married in a traditional Christian ceremony at First Baptist Church of Pittsburgh (159 North Bellefield Ave., Oakland; 412/621-0500, first-baptist-pittsburgh.org) by Pastor Justin Bowers of South Hills Bible Chapel, a childhood friend of the bride’s. 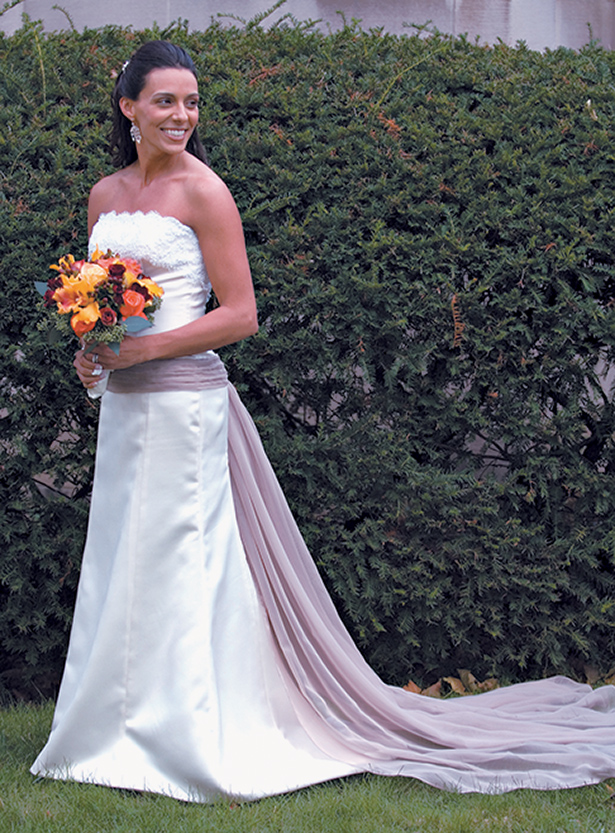 To be sure the gown was perfect, Angela designed it herself. The strapless form-fitted gown was made of ivory Italian satin with French Alencon hand-beaded lace accents and taupe chiffon rouching (LaVonne Stump of LaVonne’s, Buckhannon, WV; 304/472-7316). 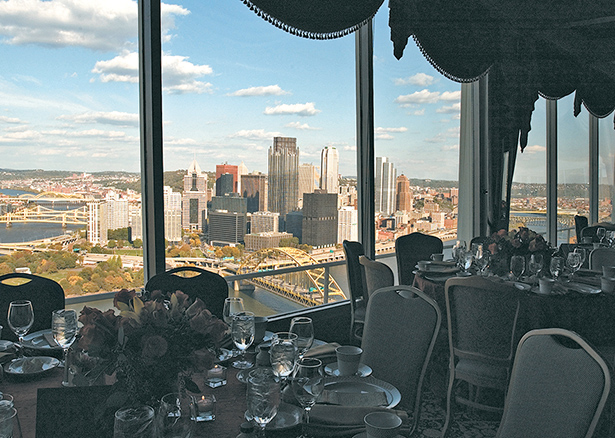 The reception was held at LeMont on Mount Washington (1114 Grandview Ave., 412/431-3100, lemontpittsburgh.com). Dinner was served in the upper-level banquet room, which was decorated in rich autumn colors. Brown iridescent cloths and gold linens covered the tables, with centerpieces of gold orchids, peach, red and yellow roses, berries and greenery in square vases filled with green moss. Guests were given a bottle of maple syrup from Richter’s Maplehouse in the bride’s hometown of Pickens, WV (304/924-5404, treewater.com)

The four-tiered almond cake was covered with ivory butter- cream frosting decorated with intricate dotting and a taupe- colored ribbon at the base of each tier. The cake was topped with a silver monogrammed "S" surrounded by yellow, peach, and red roses. The cake was made by LeMont’s official bakery, Fenoglietto’s Ultimate Wedding Cakes (2955 Leechburg Road, Lower Burrell; 724/335-5359, ultimateweddingcakes.com).

Guests danced the night away as Gary Rankin and the Studio E band (412/572-5090, studioeentertainment.com) performed. Ceremony music was performed by Serenading Strings (412/630-8485, serenadingstrings.com), consisting of the classical guitar, cello and flute. 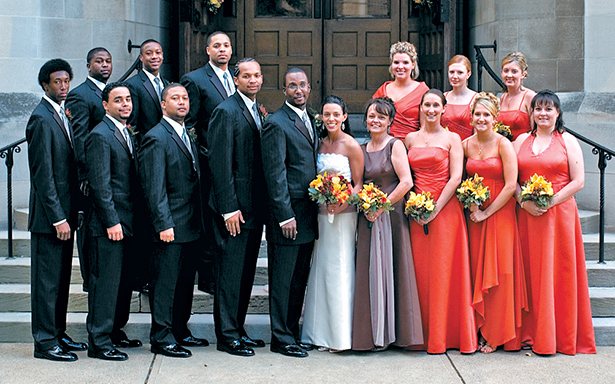