The 1963 painting by the Pittsburgh native beat out 79 other works and sold for nearly $82 million. 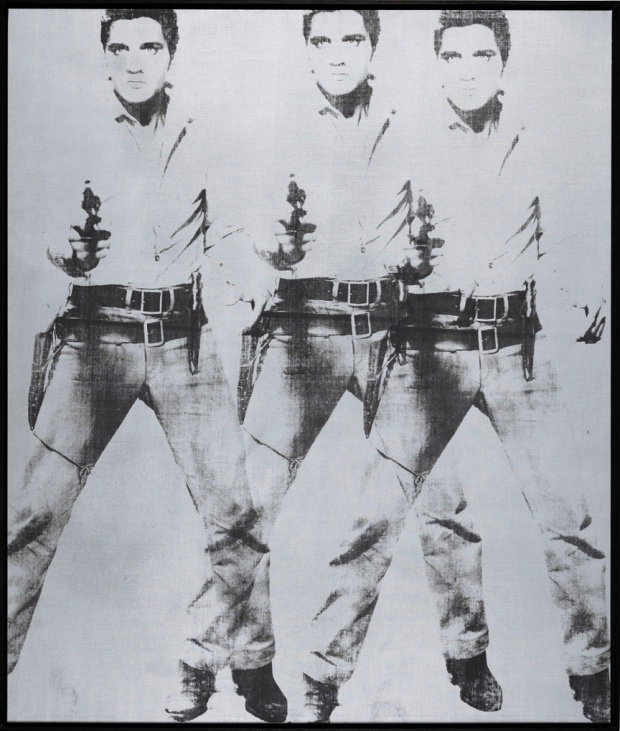 Andy Warhol and the King of Rock and Roll got art bidders all shook up Wednesday night.

Warhol’s “Triple Elvis,” painted from a publicity shot for the 1960 movie “Flaming Star,” earned the top price at Christie’s, selling for nearly $82 million. It had been expected to go for around $60 million, according to The New York Times.

Both paintings were bought by unidentified telephone bidders from West Speil, a government-controlled German casino company, the Times reported.

Eighty works were included in the contemporary art auction; only five works did not sell. At the end of the night, the grand total was $852.9 million.

“It’s our highest total ever,” Brett Gorvy, Christie’s worldwide chairman of postwar and contemporary art, told the Times. “We saw a lot of new bidders tonight from the Middle East and Asia, but the biggest and most powerful buyers were still from America.”