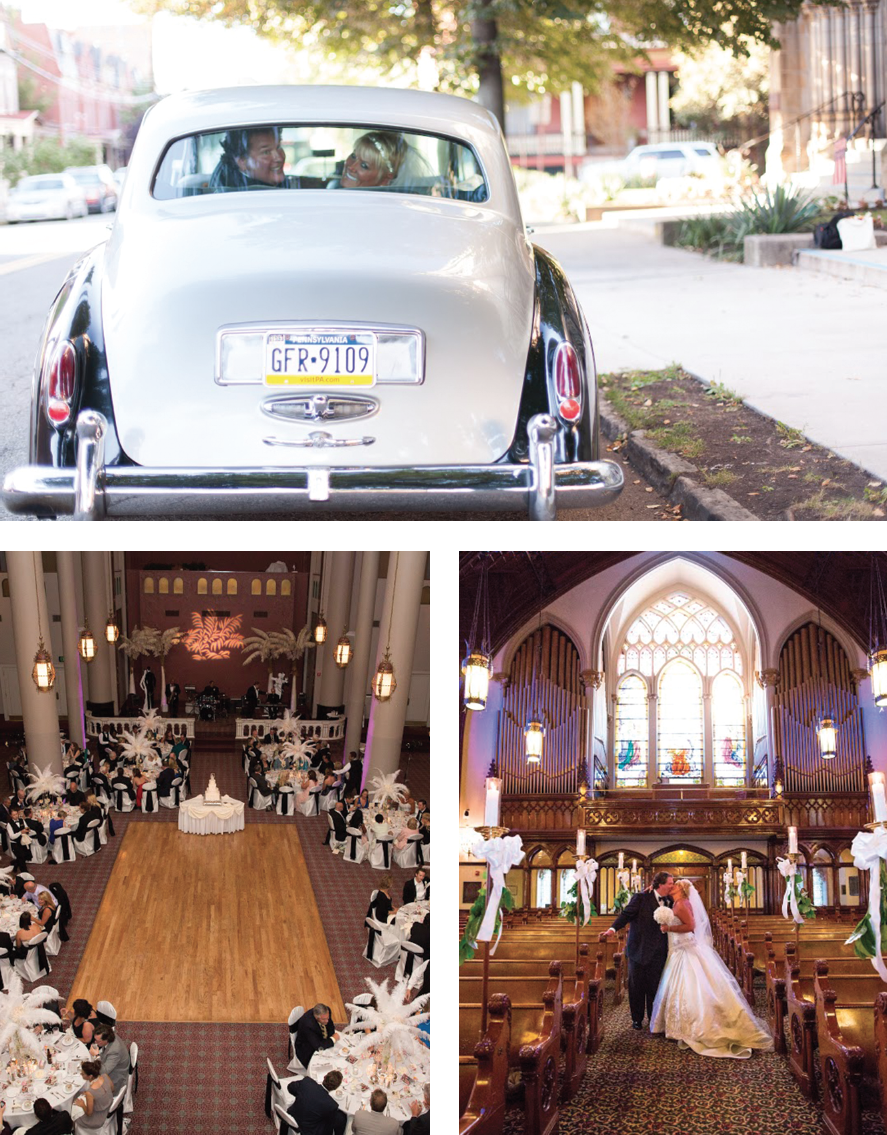 Sheer chance brought Andrea Carelli and Michael Toretti together on an early summer evening in 2010 at Harris Grill in Shadyside. As their separate cocktail parties merged, Michael became smitten with Andrea’s vivacious demeanor.

“Andrea was the life of the party,” Michael, an attorney and Realtor at Howard Hanna, says of his wife, senior vice president for client and community relations at PNC Bank.

After several more meetings, the Bethel Park couple’s first official date was at Alla Famiglia. From then on, the two were inseparable, continuing to bond over a love of travel; they take five to six trips a year.

“We never thought we’d find our soul mates at 56,” says Andrea. “We’re so grateful to have each other. We remind each other every day.”

Six months after that first date, Michael proposed on Thanksgiving Day 2010 at the One&Only Ocean Club in the Bahamas.

Three years of planning culminated in their September nuptials at Calvary United Methodist Church on the North Shore. Andrea and Michael exchanged handwritten vows in a ceremony at which the Rev. Bruce Bickel presided. The groom surprised his new bride by hiring a soloist to sing Jim Brinkman’s “You Are the Love of My Life.” The pair agrees that the personal, family-oriented service was the highlight of their day.

The fun didn’t end there. A supper club-themed reception followed at The Grand Hall at The Priory. Inspired by one of the couple’s early trips to New York and the Café Carlyle, the party featured Jimmy Sapienza singing selections from the American songbook accompanied by saxophonist Kenny Blake. Vintage-decked candy-cigarette and -cigar girls and ostrich feather and crystal centerpieces helped to set a Roaring ’20s mood.

After the celebration, the jet-set couple headed to London and Bath in the United Kingdom for a two-week honeymoon.

“We just love to have fun with each other,” says Andrea. “We don’t sweat the small stuff anymore; we’re always laughing.”

Reception Site
The Grand Hall at The Priory