Windber, Pa. is home to the “Trolley Graveyard,” an uncanny collection of decaying streetcars. 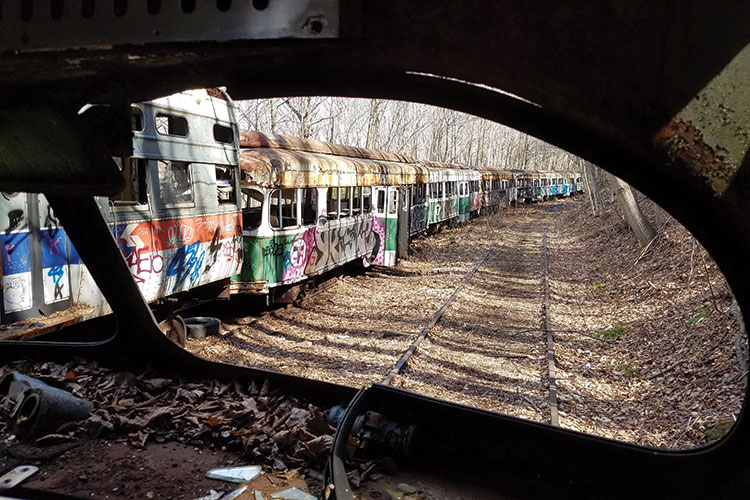 It takes a bit more than 90 minutes to get from Downtown to 19th Street in Windber, Somerset County, where the street becomes a rutted dirt road leading back into the woods. At the end of the road, a rusted hulk of a streetcar lays on its side. Nearby are other streetcars — on their roofs, on their sides, a few still upright.

This eerie place with nearly four dozen streetcars from cities such as Philadelphia, Boston, Kansas City, Chicago, Pittsburgh and Cleveland is known as the Windber Trolley Graveyard — and with permission, you can explore its 20 acres.

“The MBTA in Boston still uses some of the same type of cars that I have here,” says Ed Metka, president of the Vintage Electric Streetcar Co. and owner of the graveyard. “They are running into problems finding spare parts that are no longer manufactured. That’s where I come in.”

The trolleys at the Windber Trolley Graveyard are spread throughout the narrow property, which also includes buildings Berwind Coal once used to build and repair coal cars, along more than a mile of track. Their windows are busted. Leaves and debris litter the interiors. Many of the cars are covered in graffiti.

“Mother Nature has taken its toll — as you can well imagine, because some of these cars have been here since the mid-’90s,” Metka says. 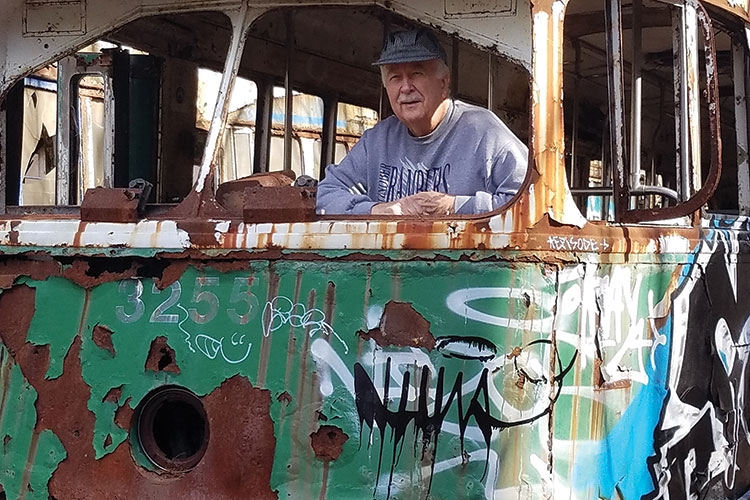 The outdoor trolleys — the price varies, Metka says — are used for parts. Other trolleys (protected from the elements indoors) are being restored.

​Metka can tell you the story behind just about every streetcar, which make the journey to Windber on the back of flatbed trucks, on the property. The ones from Boston used to run on a suburban trolley line. Those from Chicago were part of the L system, the elevated tracks that run through the city. Two 1912 streetcars from Grand Rapids, Mich., had previously been used for a lakefront cabin.

Metka can tell you about the parts of some of his streetcars that wound up in trolleys in places like Dubai, Aruba and San Francisco. He has even sold entire streetcars to a small trolley system in Kenosha, Wis.

Want to visit the Windber Trolley Graveyard? Metka schedules periodic group tours of the graveyard and has been surprised to find visitors coming from all over the eastern United States to photograph his streetcars. Curious explorers can sign up to join one of the tours, which cost $30, by emailing the Vintage Electric Streetcar Co. at vesco@aol.com.

This article appears in the May 2018 issue of Pittsburgh Magazine.
Categories: Community Feature